I haven’t written much about the use of the mule in WW1 and WW2, mainly because the time period is outside my area of interest. There is also, if I’m honest, an awkward part of myself that shies away from topics upon which much has been written and likes to peek under forgotten rocks and cast light on lesser known aspects of the mule story.

Mules played (and continue to play) an important role in modern warfare as they could get to places that automobiles couldn’t, were more resilient than horses, and stronger than donkeys. They carried everything from artillery to wounded soldiers, and in WW1 more than half of the mules employed in the British Army were imported from countries such as Argentina and the USA. If you’d like to read a story about an Argentine mule, you might like The Black Mule Of Aveluy which I reproduced in the blog last year.

The other day, I was looking for an illustration to accompany an 11th century talking mule story I’d come across (completely by accident – my favourite kind) when I stumbled upon a fantastic archive of mule images from the Australian War Memorial site. It was really interesting to see so many candid photographs.

You can find the entire collection of 465 photos here, but I have picked out some of my personal favourites to share below. All images are in the public domain.

Colonel R. Baden-Powell’s rickshaw trap with mule and ox to pull it. 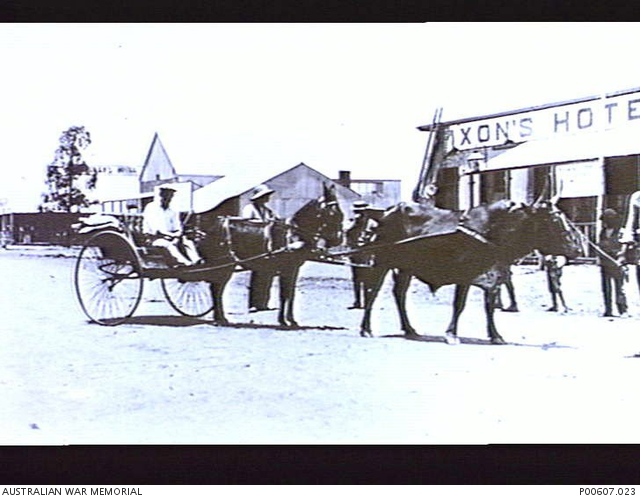 Placing cars and mules aboard the Minnewaska at Alexandria, before she left for the landing at Gallipoli. 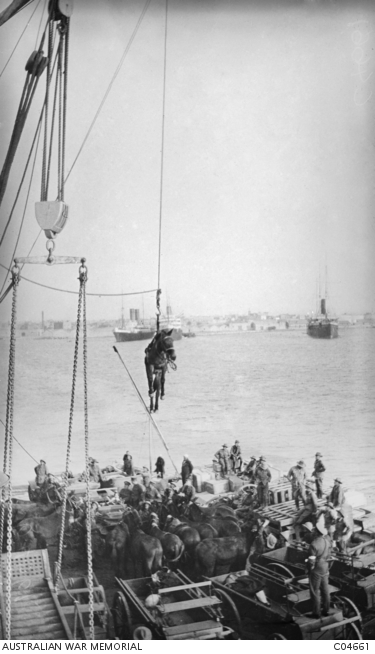 The largest & smallest. Both mules & troopers. The tall trooper is ‘Little Tich’ (from an album of the 1st Australian Remount Unit in Egypt). [‘Little’ Tich was 6’8″!] 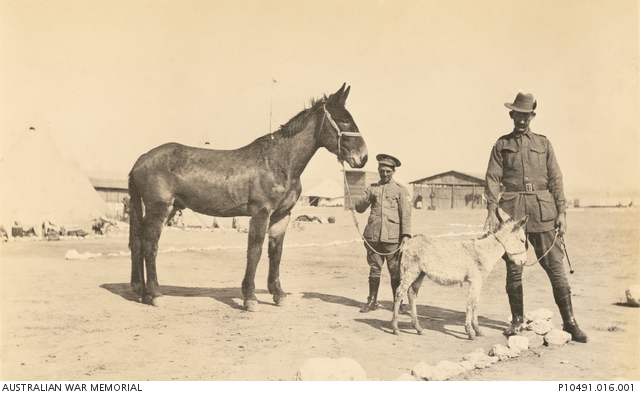 Portuguese Army mule drawn cart with one of the mules playing up. 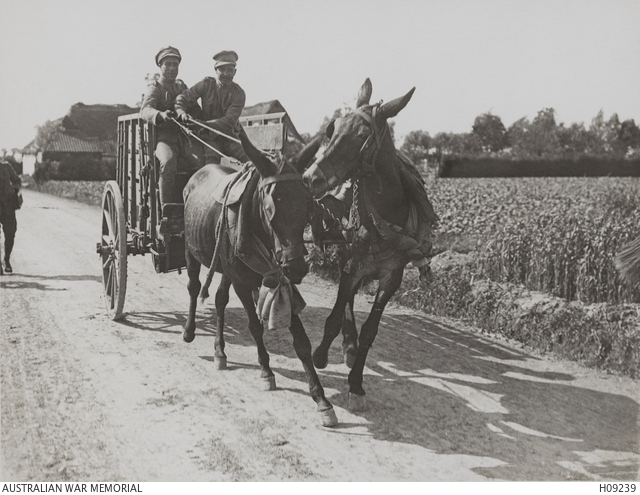 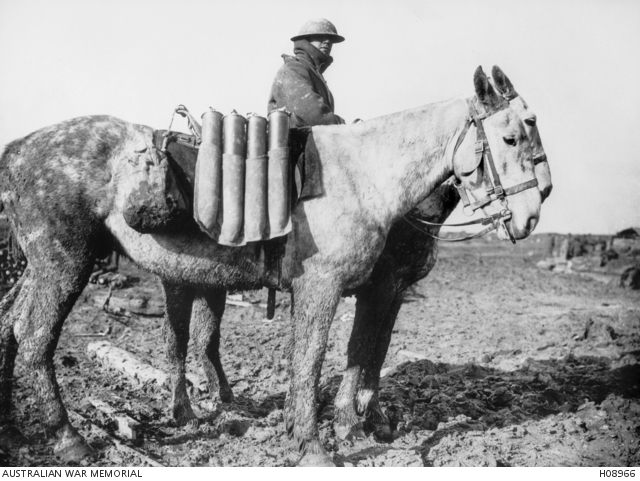 A method of securing a number of sacks on a pack mule and improved saddle, demonstrated at the Australian Corps Pack Training School. The soldier is Corporal Bo. 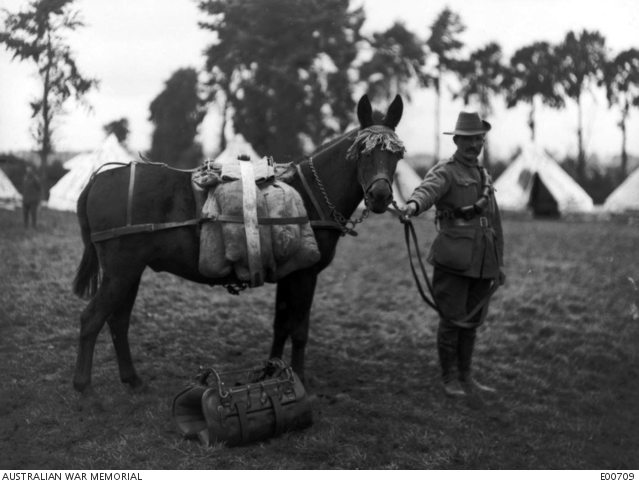 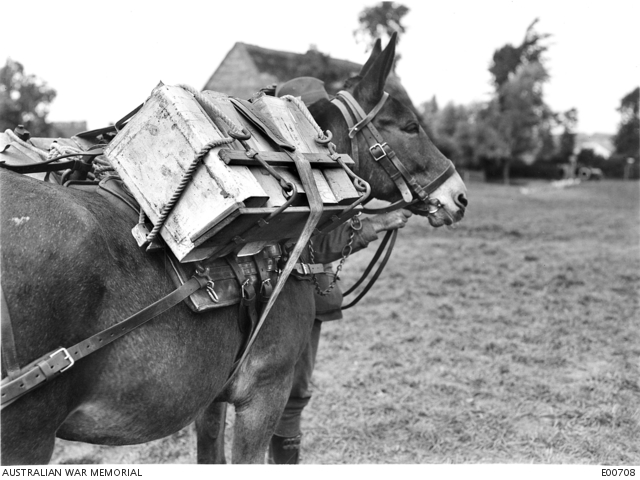 Corporal D G Pender holding a mule with a slouch hat on each ear, demonstrating the strength and size of the animal’s ears. Note Corporal Pender is smoking a pipe. 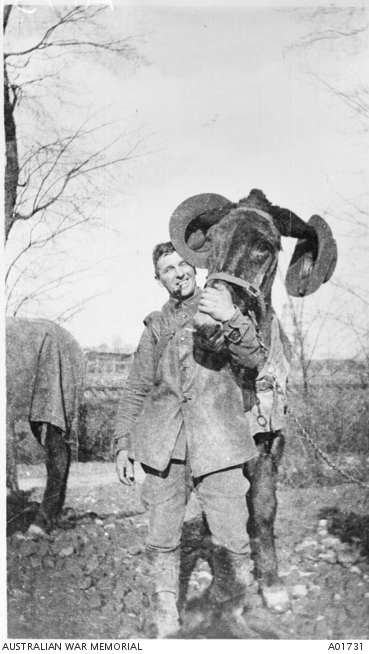 A soldier, possibly a member of the 5th Light Horse Brigade, sits astride a mule as it pulls an ambulance cycle cart which contains another man in the semi-covered litter. Note the cart’s large wheels which proved to be too light for the hard usage required of them especially in the soft sand of the desert. 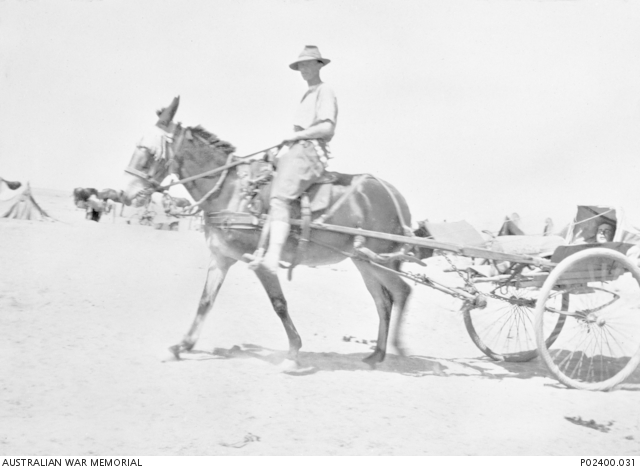 A study of three mules on the desert. 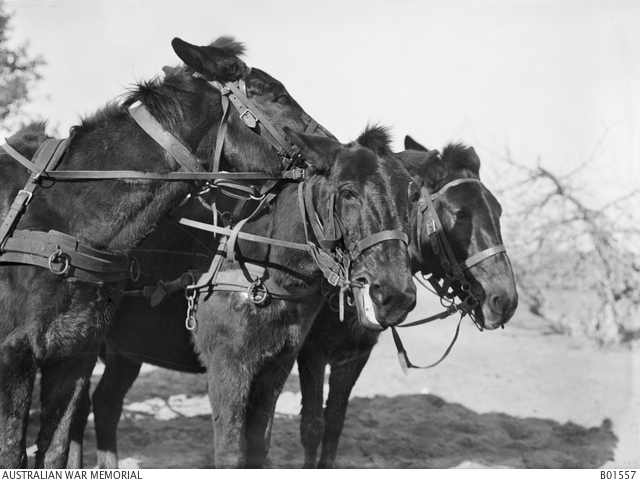 A method used by British Field Ambulance workers in Macedonia: two wounded men are carried in a seated position on mule panniers. [the name for this style of pannier transport is ‘cacolet’] 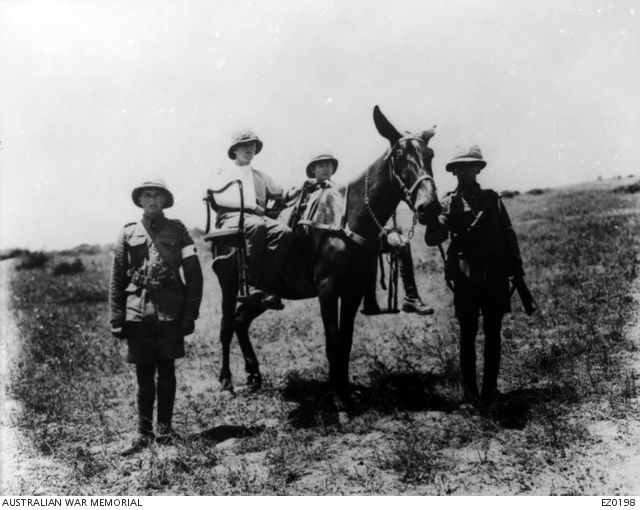 This Italian and his mule decided that the war was no good so trekked into the British lines and gave himself up. 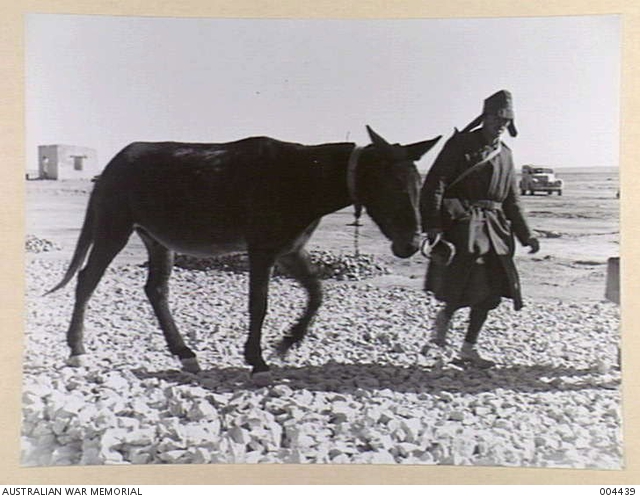 Because of the nature of the country, mule teams were largely used for transporting goods in many areas. Here a mule team is shown taking supplies to the 2/31st infantry battalion in the Lebanon mountains defence area. 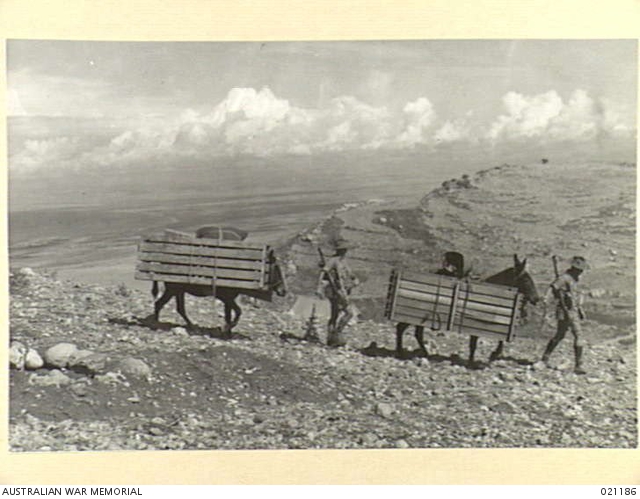 The rider on no.17 (seen jumping) was the only woman competitor in the horse and mule events conducted during the allied gymkhana and race meeting. She was Leiutenant Miss Tatram Warter, and English rider. [I can’t find any mention of a Leiutenant Miss Tatram Warter, but the description may possibly be referring to Kitty Meredith Tatham-Warter who served as an ambulance driver between 1939-1945?] 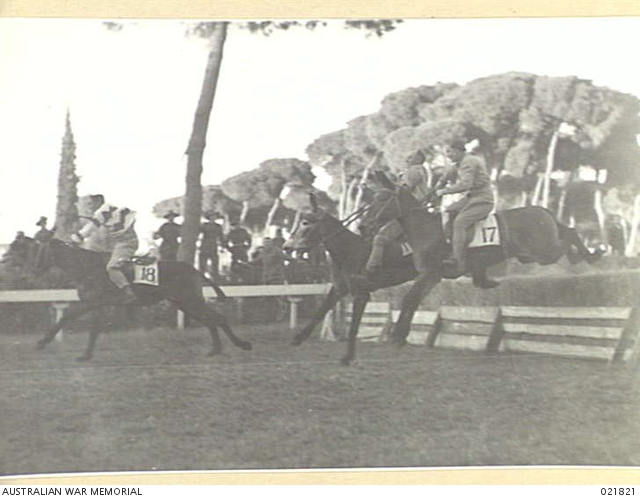 Two mules wearing general service pattern pack saddles with breeching and cruppers, inside an aircraft during a supply dropping experiment. The canvas on the floor is to prevent them slipping. Standing in front of the mules are possibly Squadron Leader R. W. Davey, pilot, and Flying Officer Frank Austin. One or both of the men could be Indian Muleteers working for the Royal Indian Army Service Corps. Mules were regularly transported this way during the campaign in Burma during the Second World War. 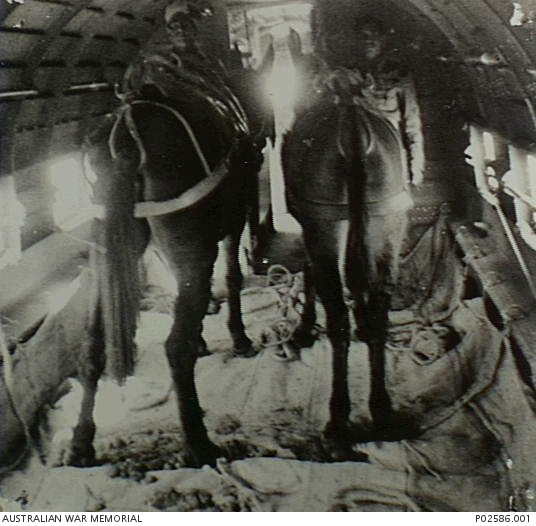