Little Mare, the other livery on our yard, is on her third week of boxrest. This means that we are still on the routine of bringing our horses in to keep her company: Iris in during the day, and Cash in at night. You wouldn’t think that having one stable (albeit one stable occupied 24/7) would add so much extra work to our daily chores, and yet it does. I can’t believe some people do this voluntarily! They’re probably not as lazy as I am. 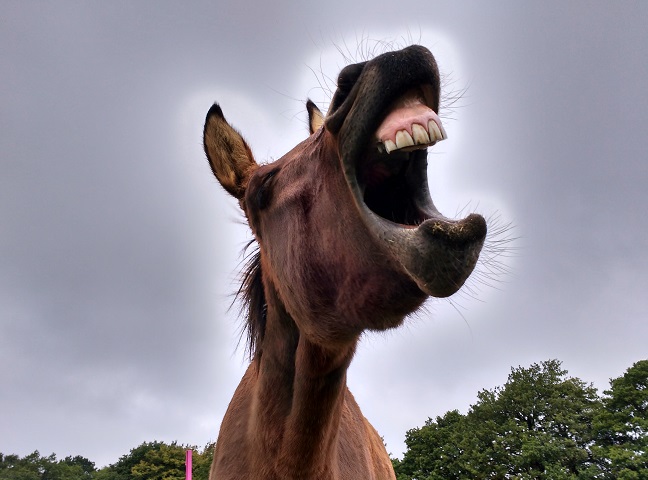 Anyway, this combined with the shortening days has meant that I’ve had very little time or energy to do much with Marty. Our daily sessions have mostly been reduced to clicker games that we play in his pen after dinner. I read an article about horses being taught to use symbols to communicate, and watched a couple of videos on YouTube and Facebook that did a similar thing. I thought it would be fun to see what I could do with Marty.

As you can probably imagine, he picked it up straight away. Although I don’t use clicker in general training, I have used it in the past to teach him tricks and to engage his brain in different ways – so he already understood the basic premise.

I will write about this more in depth at a later date, when I actually have some photos and video footage to accompany it, but here is a video I took of a vocabulary lesson we had on Saturday. I chose to video vocab rather than the symbol recognition because, from this angle, you wouldn’t have been able to make out the cards with the symbols on! It’s an artistic angle, alright? Otherwise known as “I need a stand for my phone” or “I need to remember my camera AND a tripod”.

His refusal to acknowledge me at the beginning was him voicing his opinion on being left in his pen for longer than he deemed necessary. I had arrived on the yard and put him and Cash into their pens, with hay, while I took down and rebuilt fencing on the track. Half-way through this I had to stop and help move cattle, who were being driven through the lower half of our field, and so the boys ended up being in their pens for quite a bit longer than I’d planned for. The upside of this was that the cattle drive provided excellent desensitisation for them, what with cows galloping around, quad bikes zooming all over the place, and people running around and shouting; plus, learning to just be patient and wait is a good skill to have. Marty was patient, but he was also very displeased.

You will however note that he knows exactly what it means when I say his name in that tone of voice!