Alright, get ready for a big photo spam because Marty just reached a milestone – a proper one this time, not a “oh wow my mule just managed to eat a carrot without comparing me to Hitler” kind of a milestone. An honest-to-goodness, real life, We Have Officially Levelled Up milestone.

Yesterday, Ben and I got to the yard late in the evening and found that our fencing was down and all the members of our herd were gently revolving around the long grass like slightly deflated helium balloons. We blame Iris, whose massive vet bill plus her other massive vet bill are presented as proof of her fence-smashing ways, but later – when he thought he wasn’t getting enough attention – Xato did pull one of the fence posts out of the ground, stretch it back against the tape, and then fire it at us like a ballista bolt. So it could have been either one of them, to be honest.

I’m sorry to have cut off most of Cash’s whinny, because frankly it is an incredibly weird one and sounds good against the HAAAAAWWWW of Marty and the OoooOOOOooo of Xato; but here is a very little neigh-bray from Xato. I guess his belly was too full to do a proper one.

Anyway, after we’d got everyone back where they were supposed to be and had given them their entirely undeserved dinner, Marty lay down and had a roll. I’d been itching for another chance to approach him, so when he remained where he was I ducked under the fencing and sidled up. The last time he let me do this, I just moved in, gave him a treat, and backed off again; this time, I tried my luck by kneeling down and starting to rub on him.

I’m thrilled to say he let me do so! In fact I found a really good scratchy spot right away, so he decided I was an acceptable human and let me stay where I was. 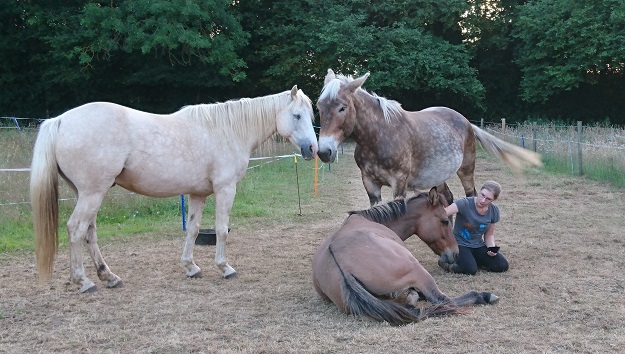 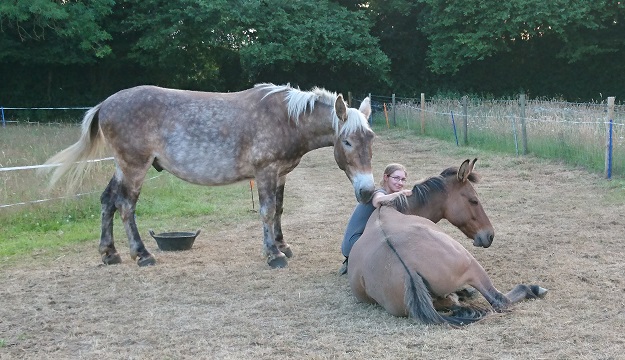 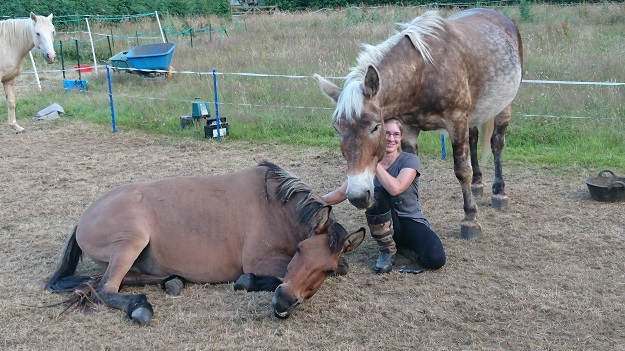 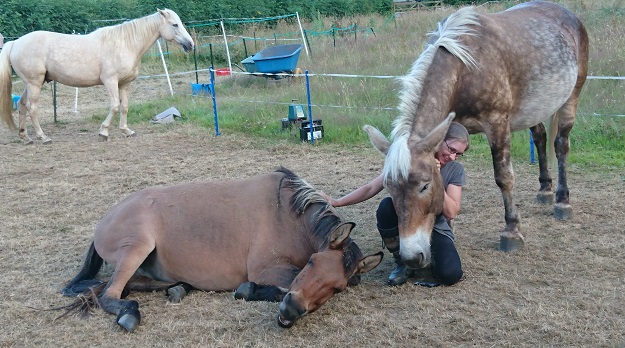 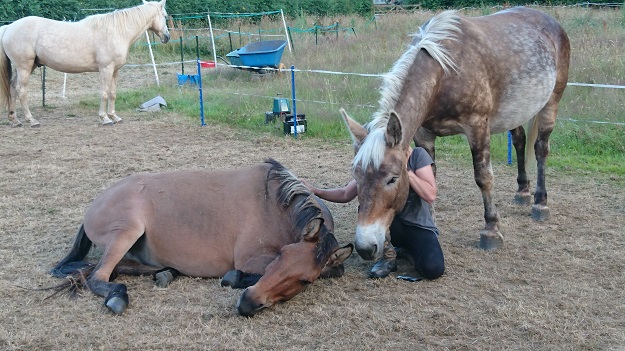 I was probably there for about ten minutes in total, just scratching on him (and trying to take a few selfies, obvs). Even Xato was kind, and didn’t grump on him or try and move him on. I am aware this may have just been the result of a food coma, and that Marty simply couldn’t be bothered to go anywhere. But, knowing how sensitive Marty is and how much he hates people being in his “bubble”, I still think that we must have built up a good reserve of trust in order for him to have done that. I was really proud of him and made sure to tell him that!

Two days ago, it was also the one year anniversary of the day when I decided to give up on Marty and rehome him. As you can see, I wasn’t very successful.

1 thought on “Marty and the Milestone”