A couple of weeks ago, I finally bought some much longed for poles so that I could liven up our groundwork and start practicing for agility. I’d been looking at showjumping poles online, but they were very expensive – particularly as I wanted several of them. So instead, Ben and I took a trip to the local wood yard and picked up eight fence posts for £2.50 each. That’s my kind of price tag!

I am really happy with my purchase and they have seen plenty of use already. Marty took to the idea instantly, and seems to really enjoy our little playground sessions – or maybe he just enjoys doing things with me again.

During our first session, I was asking him to move a specific foot by sending the smallest possible feel down the rope. We have done this before, but have not practiced it in a while, so this was a recap.

I asked him to step his right fore over a pole by sending a teeny tiny feel with my index finger. He picked up the correct foot but wasn’t sure what I wanted him to do with it, so he hovered it in the air before carefully placing it on top of the pole, looking at me all the while! I could see that he didn’t really think this was the correct answer, but he wasn’t sure and was looking to me for guidance. I asked again, my intent clearer in my mind this time, and he correctly placed his foot on the other side of the pole.

Other things we have done include making an L-shaped corridor, which we can traverse both forwards and backwards, and a box which he can step into and then turn 180 degrees without stepping out of. Neither of these are smoothly done, but we’re working on it! It gets better every time. I’ve also set up good old fashioned trotting poles, but these weren’t entirely successful because I looked back to watch him go over them and, in doing so, managed to step on a pole, hurt my foot and fall over. Must work on our trotting!!

Backwards through the L: 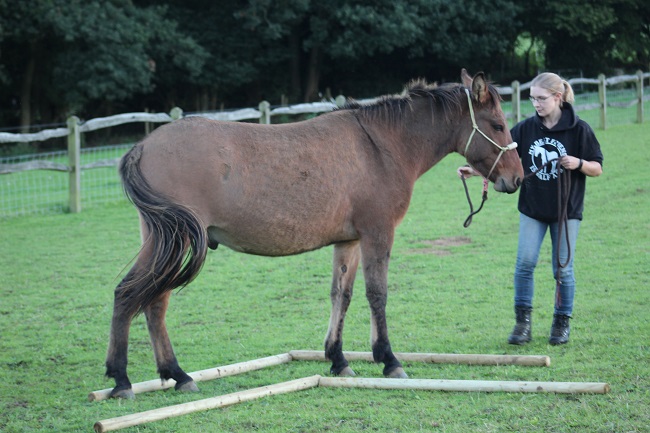 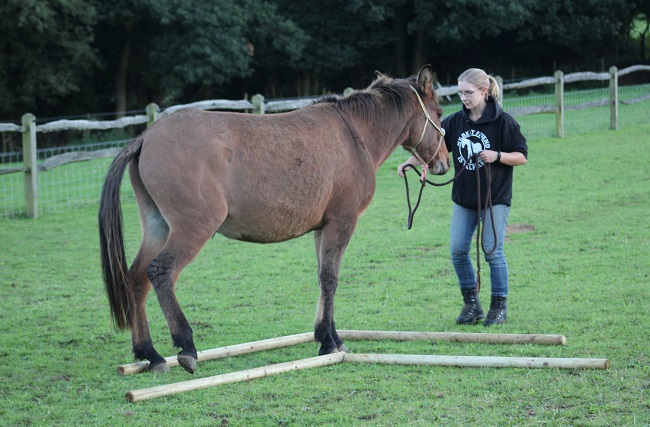 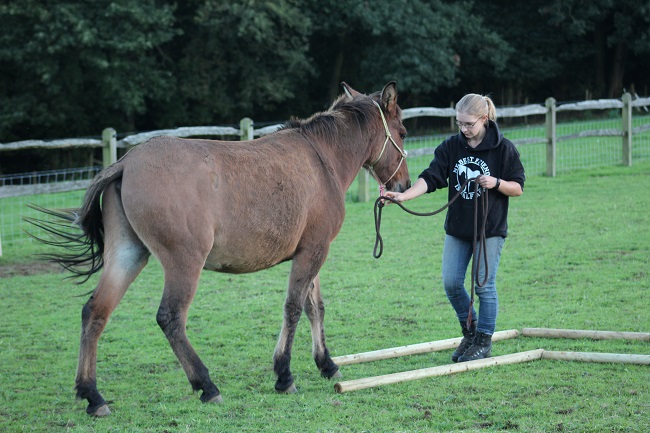 Our first attempt at the 180: step in, turn, step out. He didn’t actually put any feet outside the box during the turn!

It’s a lot of fun trying to refine my cues and to see how subtle I can get them. I’m constantly amazed and delighted with what I can achieve with him – he is so sensitive, and sometimes I find that just thinking clearly about what I want him to do can elicit a response. He is teaching me to be much more aware and thoughtful with my approach. 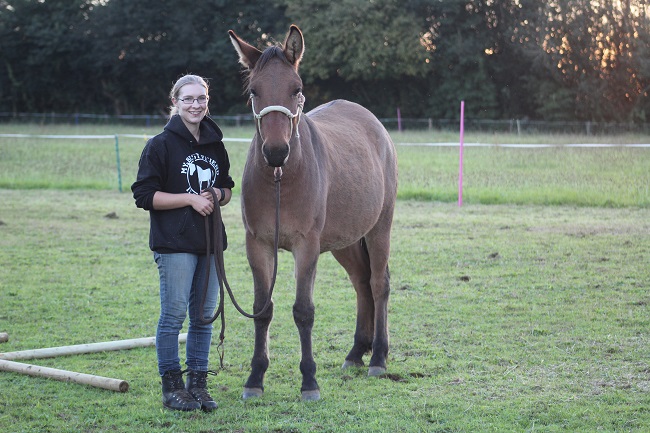