So, after three vet visits, an xray, and an ultrasound, I’m pleased to say that there is nothing physically wrong with Marty besides the muscle tension that Gavin, our osteopath, detected.

Good weather and a new field = one happy, playful mule. 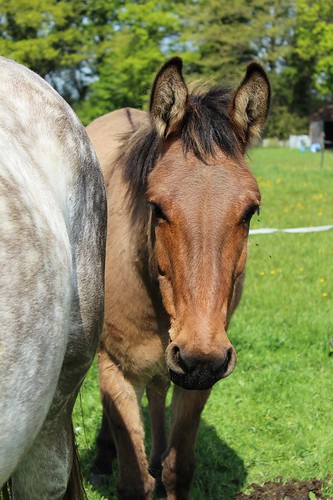 This was important to rule out and I don’t regret doing it. I’d always thought that it might eventually come down to xrays in our quest to understand Marty’s particular hang-ups about his ears and poll, as that was the only way to really know for sure if something more ominous was lurking behind his behaviour. I didn’t agree with the vet’s initial assessment that Marty was in pain – it didn’t make sense to me that putting a halter on would be intolerable to him, and yet leading him was not – but I wanted to know for certain.

Marty thought the Dexter calves needed stomping; I’m glad the fencing has been redone to stop them slipping under the rails. 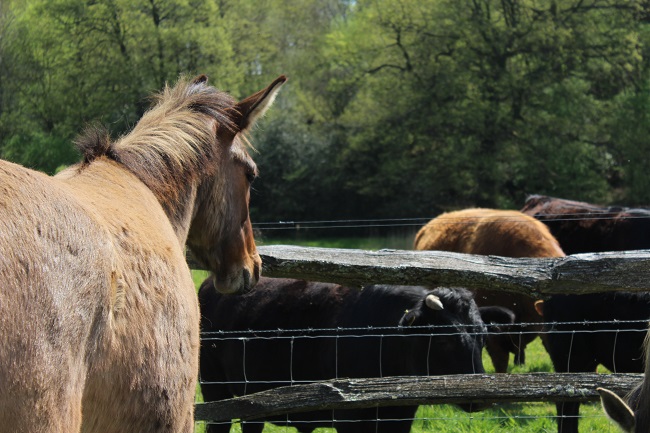 It has been pointed out to me that young male mules are somewhat silly by nature, which is true; but if I later discovered that he was acting due to pain, then I wouldn’t be able to forgive myself. Just as I would never assume that an animal is being naughty for the sake of being naughty, I think it is a mistake to assume that erratic behaviour is simply because of “the breed”, or “the age”, or any number of other variables. We’ve had Marty for two years now and it seemed odd that he was still no closer to losing his fear. His ear issue literally effects everything we do with him, so it’s quite important to get it sorted.

He doesn’t want to wear a fringe himself, but he’s fascinated by Iris’. 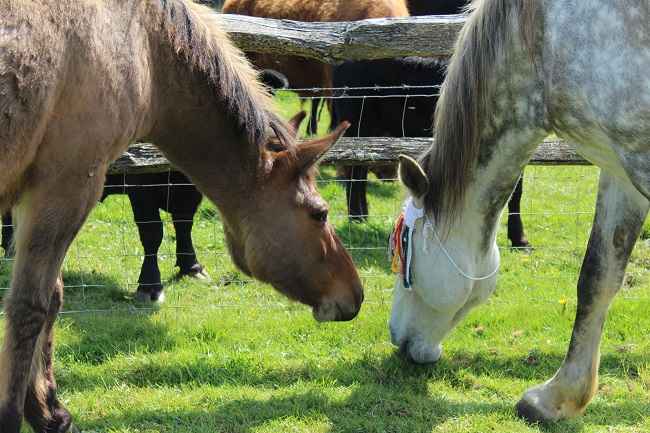 I’m really pleased with how he’s behaved for all three vet visits. They were challenging for him and not entirely pleasant, but we managed it all with minimal fuss. This is an improvement for Marty, even if it might not seem it! I was also able to leave him, unsupervised, in his stable for the first time (albeit with Iris stabled next door for company). He was still in there when I came back, which was nice. 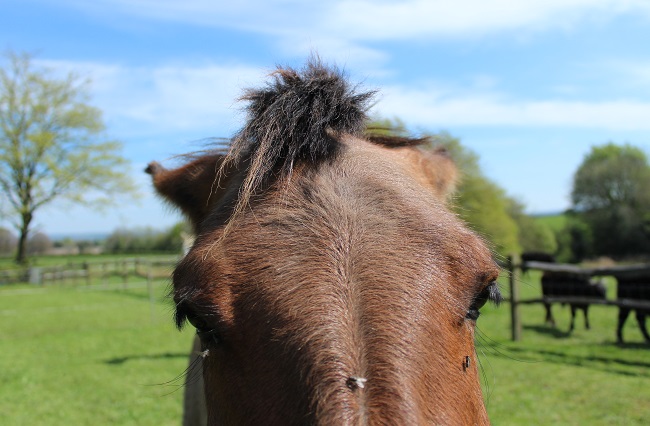 I’m also extremely pleased that he has been good to catch for the past month or so, despite the fact that some of these catchings have resulted in him being poked with needles. I would not have blamed him if he had stuck his nose up and charged off the next time I tried to catch him. 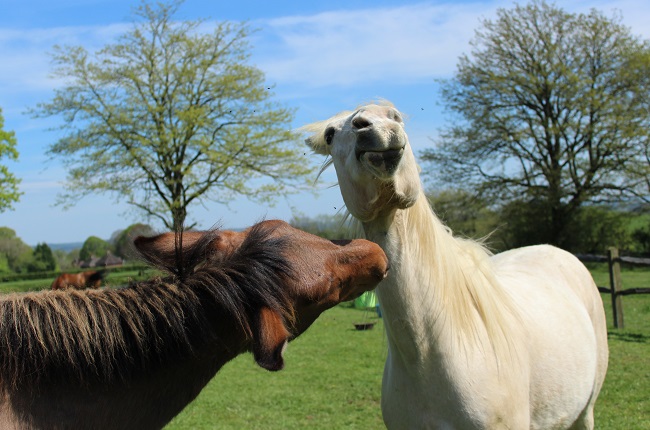 He’s a good boy, is Marty. He just needs convincing to be good all the time… 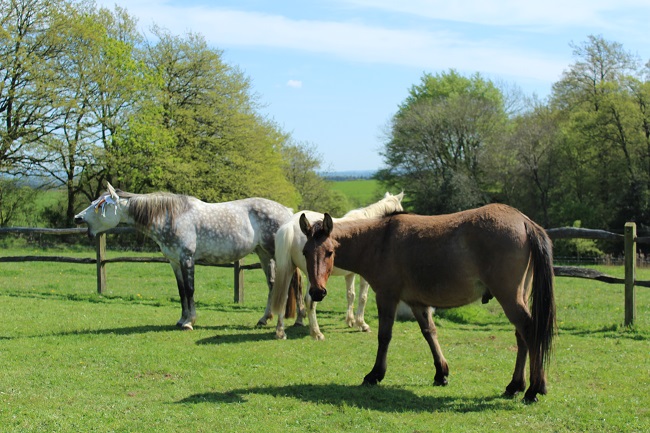