Today was one of those difficult days with mulo. I am glad to say that these are getting fewer and farther between, but it does mean that when things do go so badly wrong, it’s really disappointing. Oh well! If there’s one thing that mule has taught me, it’s that tomorrow is always a different day. You just have to keep plodding on.

My plan had been to take him out on a nice walk round the Punchbowl, but mule had other ideas and they did not involve being caught. He let me walk right up to him initially and seemed completely relaxed, but as I was half-way through putting the halter on he suddenly pulled back and ran away. What followed was fifteen minutes of him galloping round and round the field, occasionally approaching me before running off again, until Ben stepped in to help block his escape routes and mule chose to come to me as the lesser of two evils.

Unfortunately, as he was so wired and sensitive to noise and movement by his ears, I only did the halter up loosely to begin with and when I attempted to tighten it, he once again ran out backwards and panicked as the rope slid past his ears. This prompted another tour of the field at full gallop, and I will admit I may have been left jumping up and down like a particularly furious Rumplestiltskin at this point. One of the most frustrating things about Marty is that he has a tendency to imagine the worst, then overreact, which of course creates the very thing he was afraid of. If only I could explain to him in words! Instead, I just have to be very patient and try and help him figure it out for himself.

After another fifteen minutes or so I finally caught him again. I scrapped the walk plan, and instead spent some time loving on him and just putting another halter on and off, first carefully and then clumsily, until he could tolerate it and was no longer reactive. Ben did the same with him, which Marty found much harder to handle, but they got there in the end. I should point out that Ben has never been mean to Marty: he’s never hurt him, or frightened him, or put him in a bad situation. Ben is much calmer, and patient, and more gentle than I am. But for reasons known only to the mule, Marty has placed him in the Highly Suspicious category.

When I finally put mule back in the field, his opinion of me seemed to have changed completely and he would not leave me alone. He kept asking for scratchies, and following me around, and just standing beside me even if I was ignoring him. In fact, he even left a strip of grass that I’d opened up for them in order to come with me as I walked away. That mule is very confusing.

Reacting to the halter like this was something he did when I first got him, and I’m not entirely sure what caused him to regress so much today. We did later discover that there were people nearby using a silent dog whistle, however, so I do wonder if that was what initially bothered him and he then snowballed it himself.

Ben did a little work with Iris afterwards, and after we’d put her back in the field and all three equines had begun to amble away towards the grass, Ben said how lovely that mare was and how much he loved her.
“She is pretty great,” I agreed, “want to swap?”
And the mule, who was half way across the field by this point, stopped dead and turned round to look at me. No word of a lie! I apologised to him; of course I would never swap him, even if I had to spend a whole week of half hour catch times.

The mule just has to be different. 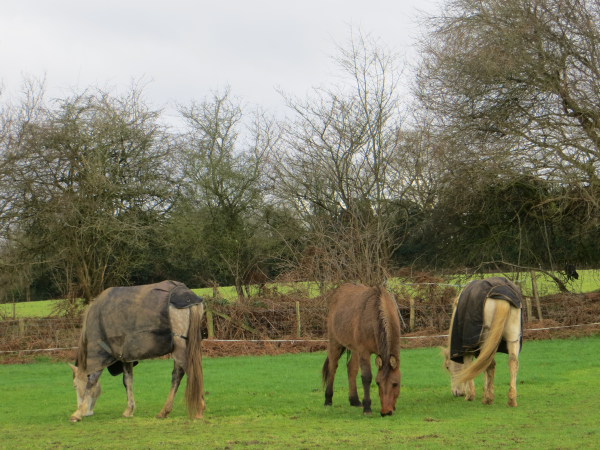 Doing a little desensitisation with the second halter. This was at the start of the session, and you can see from his body language that he’s not entirely alright with it yet. 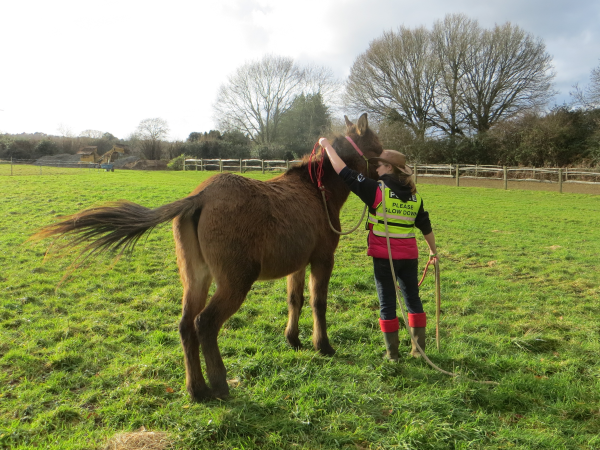 Mule was being adorable, so naturally Cash had to photobomb us … and then stand there licking my hand. 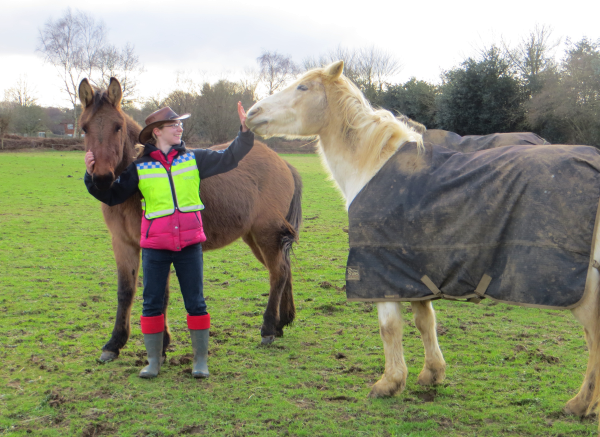 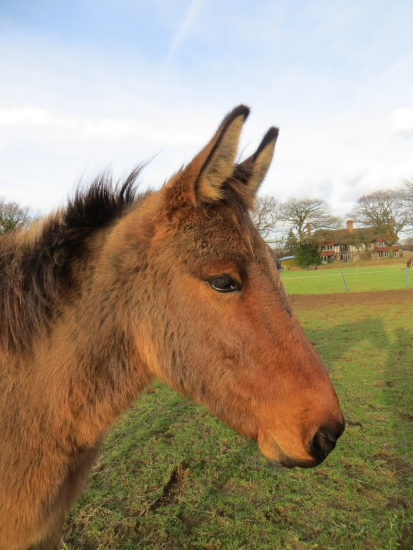 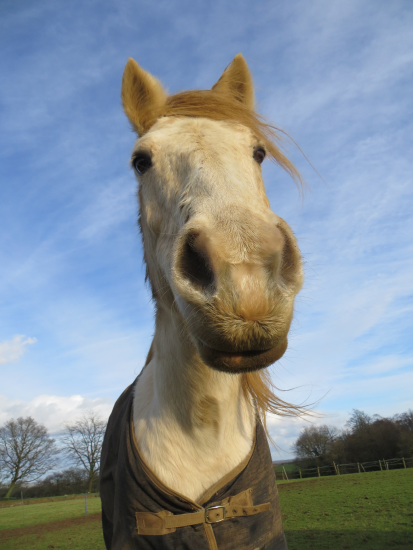 Oh dear! Even the water bucket was scary today! 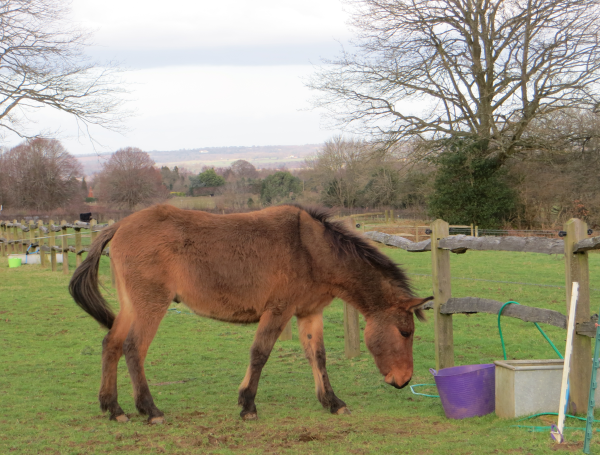 This is my slightly demented “The mule still loves me! Best day ever!” expression. It gets used a lot. 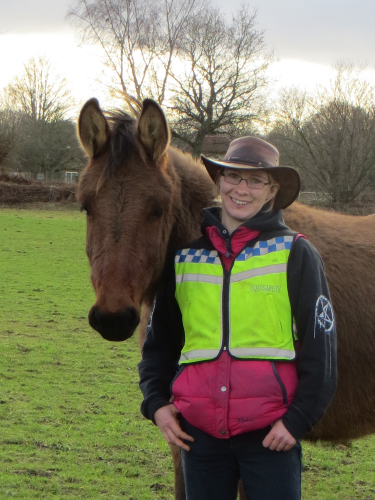