I have been pretty lax with blogging lately, partly because I’m not doing anything with my mules right now and partly because I have zero motivation to compile any other kind of mule-related topic.

That is, until I discovered Hank. 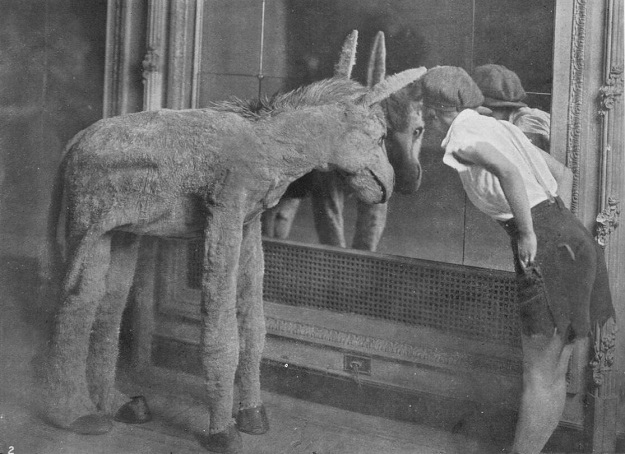 Hank was waiting for me in the dark recesses of the internet as I trawled through old newspaper pages, endlessly searching for the next great mule story. Unsuspecting and naive, I clicked the link to see his photo better and it was then that this eldritch abomination stirred from his slumber.

Mirrors are creepy anyway. I hate walking past them in the dark because you never know what might flicker in your peripheral vision. At first, this photo seemed quite benign; cute, even. A big, cuddly toy brought to life. Every child’s dream. What a fun piece of mule history I’d stumbled upon. I love it when that happens!

Except … the more I looked, the more unease I felt. That knife-cut of a mouth. That large, human eye staring at me from the mirror. Why hadn’t I stopped my mindless scrolling? Why had I been so intent on finding more historical mules?

Truly, I had delved too greedily and too deep.

But I kept going.

The caption below the picture described him as “WORLD’S MOST FAMOUS MULE: THE ONE AND ONLY HANK, OF CABARET AND VARIETY FAME.” I googled and found actual video footage of him:

In all fairness, that little scuttle forward he does when someone flaps a napkin behind him is very mule. 10/10 for that. I mean sure, it quickly descends into madness as he peers down on the prone figure of his handler and tries to step on her face, but the spook and scuttle…! Now that’s acting.

Let’s have a still shot of the beast as he contemplates his prey. A regular part of the act, one presumes. 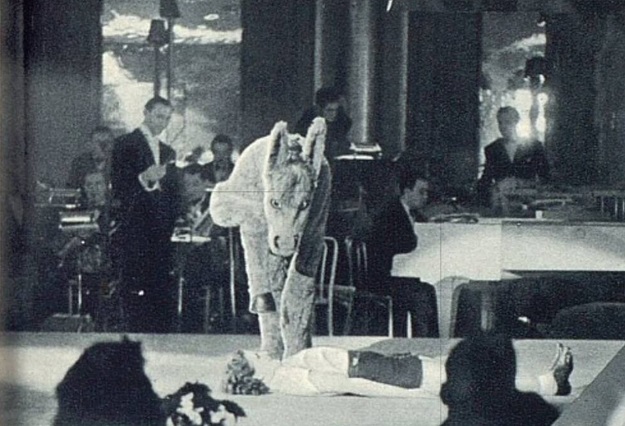 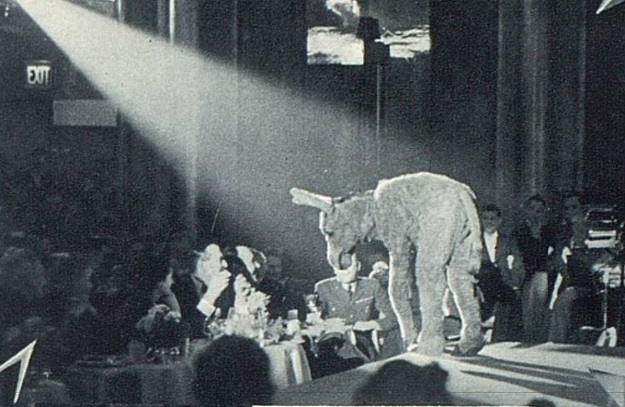 In fact, there’s a man inside that costume! Just a regular, normal, Canadian man. A regular guy. A normal bloke. Here, this caption from 1940 proves it:

“Fred J. Woodward (April 26, 1882 – March 26, 1960),” says Wikipedia, “was a Canadian actor and animal impersonator during the silent film era who specialised in playing animal parts.” See! Normal. You don’t need to visit the Wiki page to see him draped in the aforementioned animal parts.

According to the Travalanche blog, “Woodward’s best known speciality was probably mules” and indeed he played a mule in four different film roles as well as on stage, in musicals and cabaret. I also learn from this blog that Hank may in fact be vaudeville, not cabaret, but I’m not entirely sure what the difference is. Does it even matter anymore? All that matters is Hank.

You should go, he’ll be here soon.