It was a beautiful afternoon, warm and sunny, and I ambled out to the field to see if the mule could be persuaded to come out for a walk with me. He could not.

He stood and watched me approach, and after I’d ducked under the fence I just stood there and waited. I’ve always employed a “let him come to me” philosophy when catching, but I’ve recently started paying attention to his body language when I enter the field. Is he making no effort to come over to me? Then he’s not ready to let me into his space, and therefore walking over to him would not only be pointless, but it would also (in his mind) be quite rude. So I waited, and was absolutely delighted when he chose to approach me. He walked straight up to me but did not present his left side, so I offered him my hand and stroked him until I was able to stand by his shoulder. However, he was in quite a foul mood about it: he didn’t try and walk away, but his mouth was tight and his ears were back. I was able to put the crownpiece of the halter round his neck with no reaction from him, but then I realised I wasn’t holding the noseband the way I normally do so I had to try and reposition it in order to get it on smoothly. I did this as carefully as possible, but the movement was too much for him and he ran out backwards, got in a massive grump about it, and refused to look at or come near me. So I shrugged, put the halter down, and did some poo-picking instead.

He followed me around for a little bit, then walked away and grazed (I guess he thought that if I was going to ignore him, he would jolly well ignore me), then came back and tried asking for butt scratchies – which I wouldn’t give him. I emptied the barrow, picked up the halter again, and this time he let me catch him.

I think the sun was a little too bright – I took a couple of photos on this hillside, and he has his eyes shut in every one! 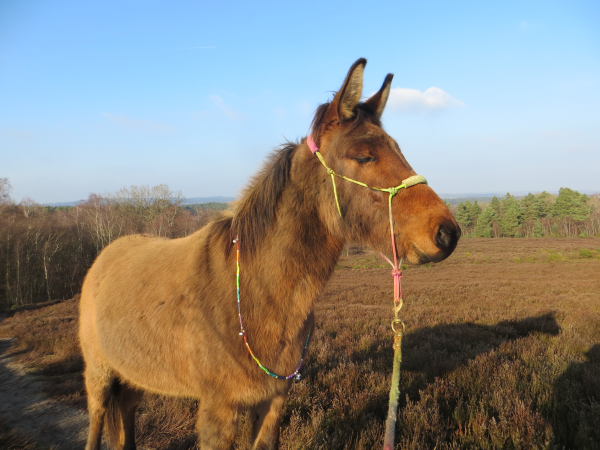 Yesterday we had a very interesting visit from an animal healer, which I will hopefully go into detail about later. However, one of the things we talked about regarding the mule was his confidence levels and the fact that, recently, he’s been in a high state of anxiety whenever I take him out. He showed some signs of release (licking and chewing, yawning) as this was discussed. So I was really interested to find that today, although he began with his old pattern (not wanting to be caught, planting himself several times as I attempted to take him off the yard), once we were out he was completely calm. He had a brief anxiety spike as we went onto the common, but it faded pretty quickly and we had a really nice, mellow stroll. He wasn’t exactly like he used to be, but he was very close. Compared to the last time I took him out, he was fantastic!

Mellow mule on the hill. 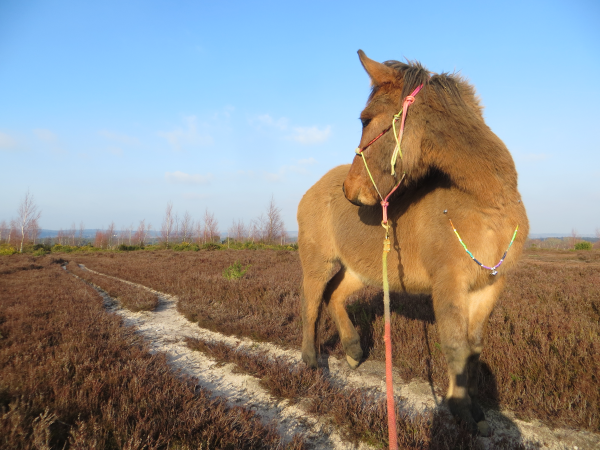 As we were leaving the common we met a lady with her son, who seemed quite taken with Marty and asked for his name. I told him and explained what a mule was, and then the boy waved goodbye and we set off again – except Marty, who had been standing remarkably quietly during this conversation, turned round and tried to follow the little lad! It was pretty adorable, even if it just means that the mule had decided on a different, more competent owner.

Mule thinking wistfully of a small child to call his own. 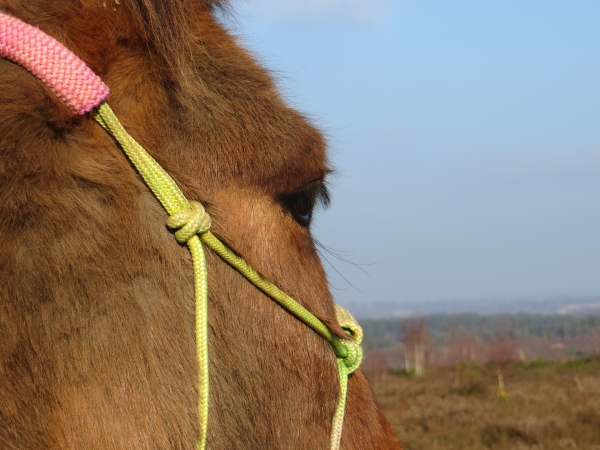 Another thing we discovered was that although the majority of horses aren’t frightened by the sight of a mule, it turns out that they are frightened by a mule with bells on. Oops. Just another opportunity for Marty to show how beautifully he stands while they dance past him!

This photo cracks me up. He was looking back down the hill and I thought it would make a lovely photo, but as I clicked the shutter he turned his head – and I ended up with this “You’ve got that camera out again? Why am I burdened with you? Just hurry up and take the damn picture.” expression. 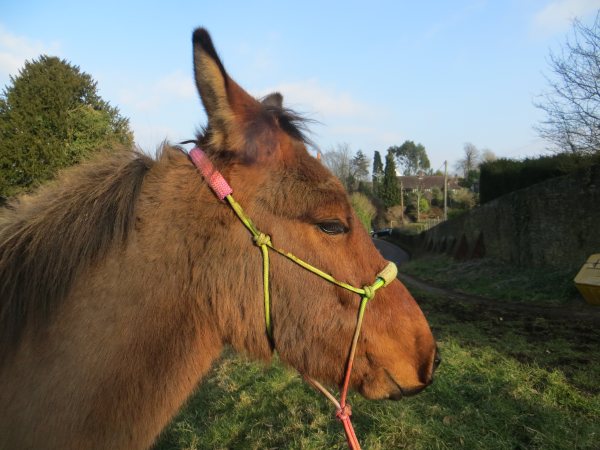