I made an experimental fly fringe for Xato this week.

You might recall that back in 2018 Xato had an accident with a fly mask and severely ulcerated both his eyes. Since then, I’ve been very wary about putting anything on his head. Even a fly fringe attached to a field-safe headcollar worried me, as it’s the browband part that poses a potential problem – if that got caught under his massive donkey brows, could I trust the velcro to give way?

A couple of weeks ago I was messing around with a decorated hairband I have, and I tied it onto Xato’s forelock for fun. 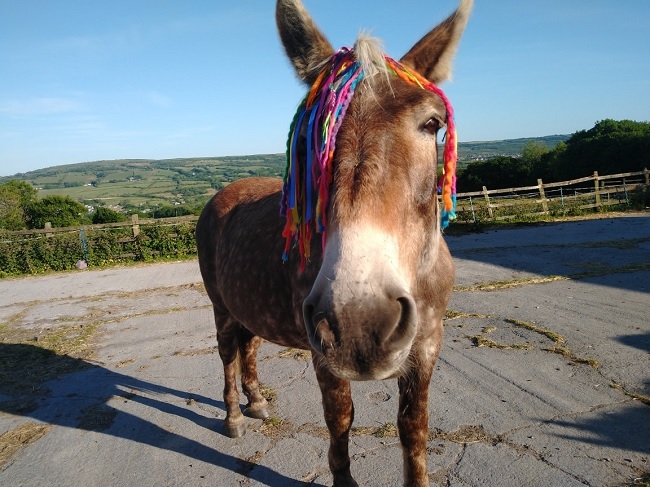 He looked pretty dandy in it, but as I watched him wander around with it on it, it occurred to me that it actually made a pretty good fly repellent. Xato’s own forelock is not much use when it comes to keeping flies away from his eyes, so why not help him out with some extensions?

I wasn’t sure if ribbon and wool would be safe long-term, so a few weeks later I rounded the boys up and took a lock from each of their tails. I split the thicker locks and used plaiting blands to tie them to one of my old hairbands. This way, if the extensions get caught (in a fence or in someone’s teeth…) then the band will slide out.

Note: in the photo below, you can clearly see the difference between horse tail hair and mule tail hair. Marty and Xato’s hair are the dead straight strands in the middle! 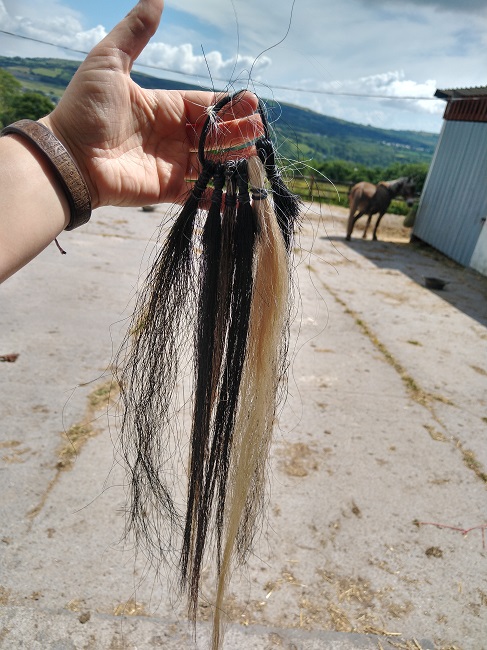 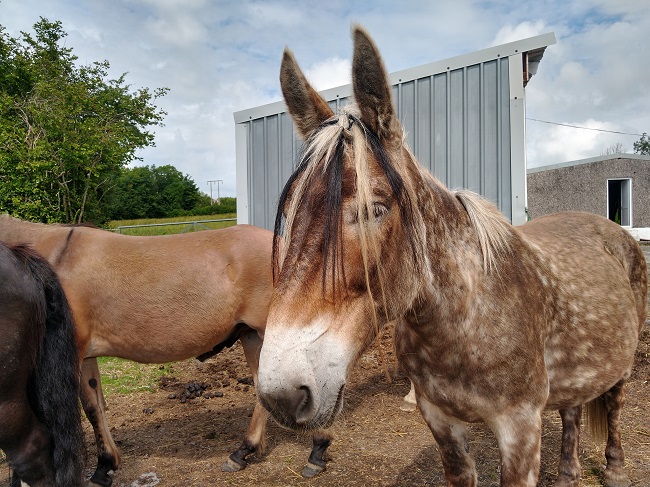 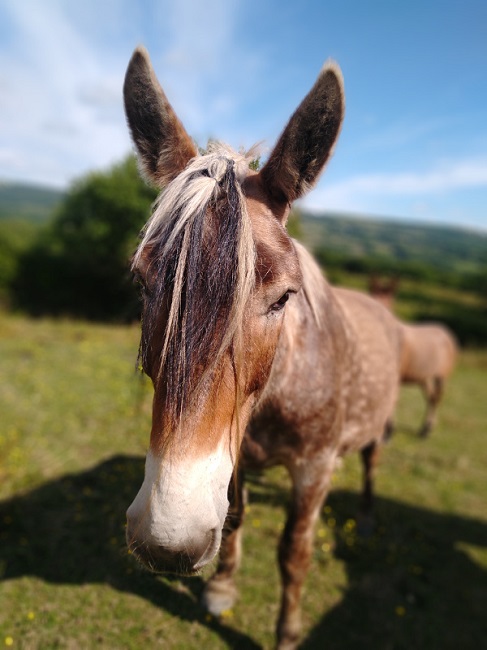 I also used another plaiting band to join his ‘ponytail’ to another section of forelock, just as a back-up in case it started to work loose by itself.

It’s stayed in all week so far (I’ve been taking it out every evening and putting it back in every morning). Getting the extensions in the right place is the tricky part; if it’s too high or too low, the length is such that he can easily toss it behind his ears by accident and it doesn’t do much good once it’s back there!

As these things usually go, I got it in the perfect place on day one and have struggled to recreate that positioning ever since.

It doesn’t provide complete consistent coverage like a fringe or mask might, but it does act very much like a regular forelock would and I’m pretty pleased with it as an option. 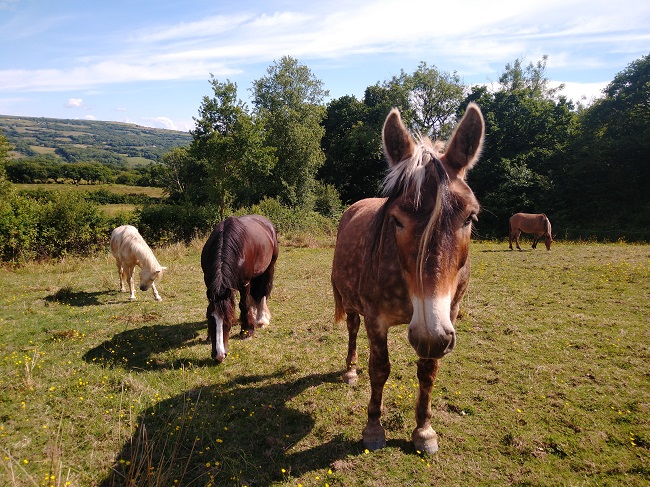 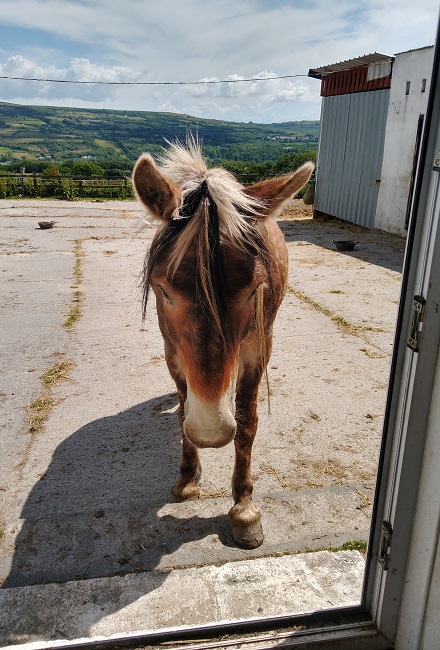