A month or so ago, the mule and I were out for a walk on the common when we encountered a loose horse. She was a very big mare and she came running straight for us, but I caught her and after an initial moment of panic from the mule, he settled down and handled the situation magnificently. I was glad I did catch her, even though I got kicked in the process (she was aiming for the mule), because as I later discovered she’d thrown her rider six miles away and then run all the way home! She’d already crossed one road to get there, and mule and I were able to intercept her before she crossed another.

The next time the mule and I went out onto the common, we were with Ben and Iris. Despite their presence, mule was really frightened by a pack of loose dogs who came bounding towards us through the bracken (this is also where I think his sudden dog anxiety has come from). He actually tried to get away from me, which is something he’s never done before – except when I caught that horse. Our catching problems started shortly afterwards.

I don’t think the incident with the loose horse was the sole reason for why the mule wouldn’t be caught, but I think it certainly contributed: if you thought you were going to be taken out to a place that scared you and left you feeling vulnerable, would you want to go there if you had the choice?

My other theories as to why I had so much trouble catching him are:

By themselves, I don’t think these things would have been enough to make him decide that being caught was a bad option. It was the combination of all three that led him to make his choice.

So with those solved or on the way to being solved, the last thing was to face our fear of the common. I won’t lie: I was pretty nervous of it by now, too. Since he’s started being caught again, I’ve only ever walked the mule round the Punchbowl. This was intentional as it is our comfort zone, but I also made sure to keep pushing him further by taking him to new places and new experiences (the motorway, for example). I wanted him to regain his confidence by realising that he can handle things and that he can trust me not to lead him into danger.

Long story short: the mule was excellent. He visibly relaxed once we’d passed the track where we encountered the horse, confirming my suspicion that he’d been holding on to that fear for some time, and although he remained alert he was a very pleasant walking companion. We’d just reached the half-way point when I tripped over a branch with my right foot and launched it towards the mule with my left. The mule is used to me falling over things by now, and is no longer bothered by it; but this time he reacted by leaping into the air. I had a split second to think “oh crap” and brace myself for a tantrum, but then I realised that he wasn’t misbehaving at all – he actually jumped the branch in mid-air as it spun away under his belly. And then he landed, gave me a sidelong look as though to say “Do watch where you’re going”, and carried on unphased. My mule is badass. I am basically his comedy sidekick. 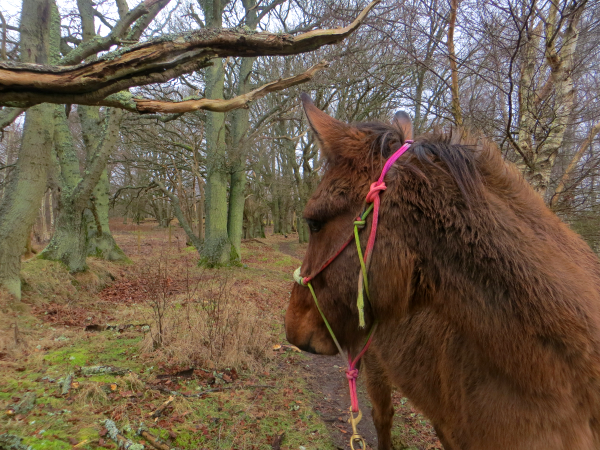 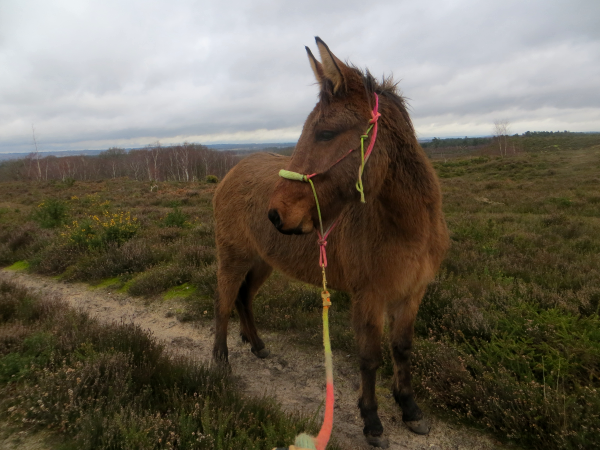