2016 has been truly horrendous for many reasons … so I feel a bit selfish for saying that, as far as my mules and I are concerned, it’s actually worked out pretty well*. But how could I hate something that introduced me to Xato and helped Marty to finally find some kind of balance in his anxiety-ridden life?

* I say, frantically touching wood, crossing my fingers, throwing salt over my shoulder, and praying to various deities.

Due to my computer dying a few weeks ago, I lost many of my photos. In fact I had just completed a mule year-in-review slideshow when my hard-drive gave up! …I don’t think it was related. Fortunately, I still have the blog photos that I’d uploaded to Flickr.

I met seven new mules (including Xato!) in three countries, and rode one new mule in two countries. There was lovely MA in Wales, spotty boys Tomeu and Jordi and glossy Dolores in Mallorca, and back in England I met Sarah Weston’s Henrietta and RSPCA Lockwood’s Humpty. I am very sad to say that both Dolores and Humpty have since passed away, and I consider it a privilege to have met them before they went. 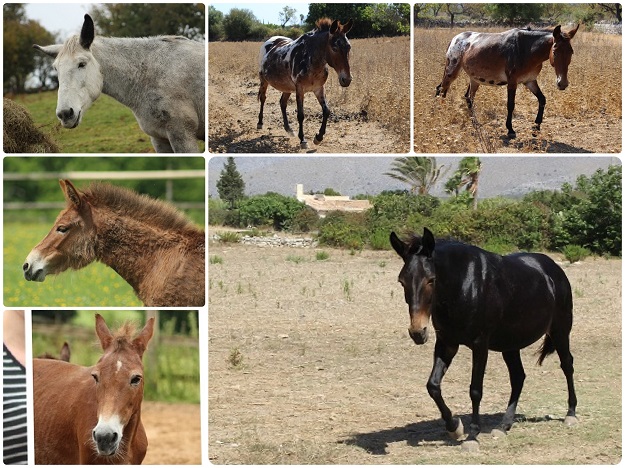 This year Marty turned 6-years-old and, although he showed some signs of maturing, we still suffered a lot of missed communications, extreme reactions, and often mutual dislike. I also had him x-rayed (not pictured) to make sure there was no physical cause for his catching problems. 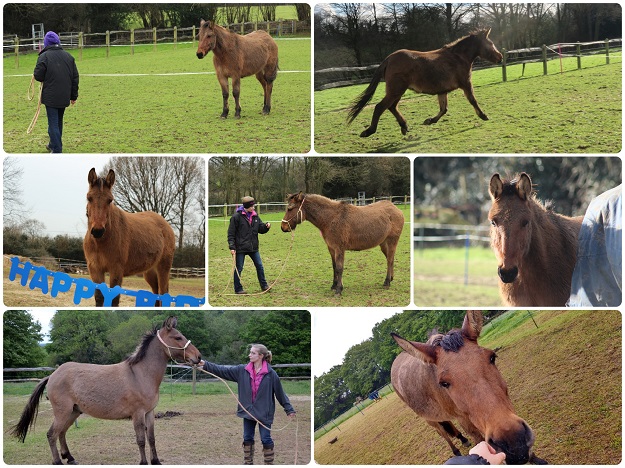 It wasn’t all bad, though; we had moments where it seemed he might actually like me, particularly once the weather started to improve! 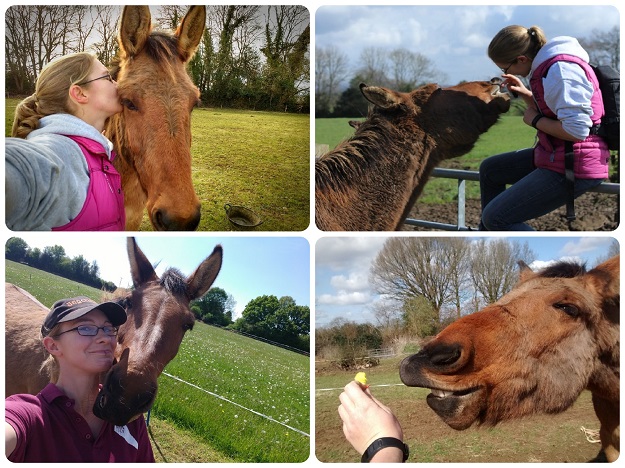 And we had some good moments, too. He wore a rug for the first time, won a photo competition and took the end of season championship which meant he got to wear rosettes and a sash, learnt a new trick (rest his chin on one of the horses’ backs and look cute), practised being a in a stable which turned out to be very useful when he spent a week on boxrest recently, and at one point escaped from his field: which should have been a bad thing, but turned out to be quite a nice moment! 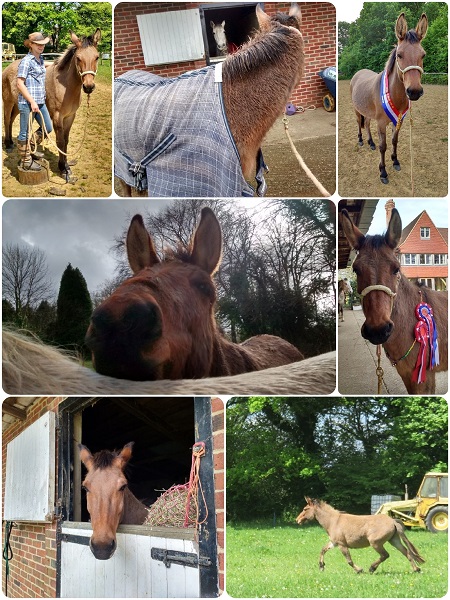 Another Good Marty Moment was when he performed an heroic rescue after Cash picked up Iris’ fly mask, locked his jaw, and ran around with it in terror until Marty managed to get in front of him and forced him to drop it. 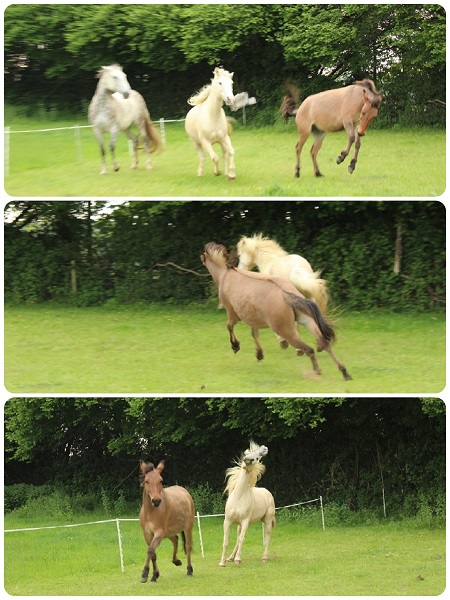 We also went on several walks. Not as many as in previous years, but we got out onto the common again and in September we did a huge walk around the Punchbowl to celebrate my 30th birthday. He also wore hi-vis boots for the first time … but, even though they’d belonged to my 13.2hh pony, they were too big for his skinny legs! 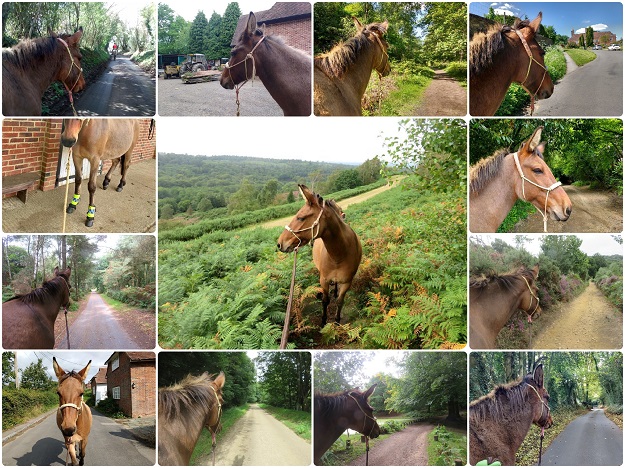 Then, in May, he went down to Devon to spend a month with Anna Bonnage. By this point the bad certainly felt like it outweighed the good, and poor Anna had all my hopes resting on her! I was lucky enough to spend that first week with him, helping Anna and learning all I could. I travelled back to spend a long weekend with him later in the month, and then Ben and I went down during his final week. Spending that time with Anna was one of the most important things Marty and I could have done, and I feel like we both learnt new skills and better ways of being because of it. Marty may not have come back as a riding mule, but the changes he’s made since then have been phenomenal. Even my Dad referred to him as New Marty™! 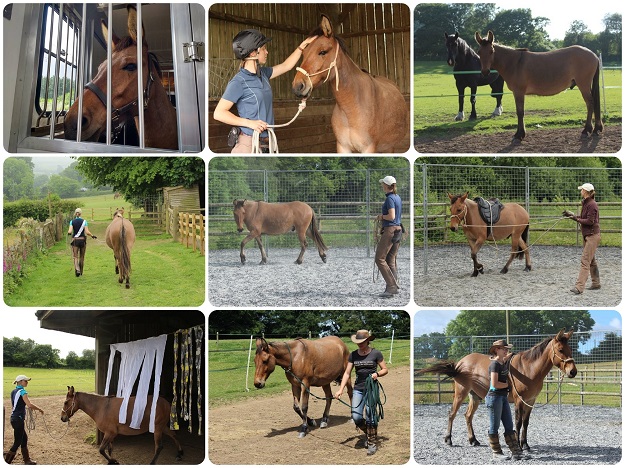 I had initially planned to part with Marty after he finished Mule School; and although I am no longer actively seeking a new home for him, if the right one became available then I would still take that route. But he is such a specialised character that finding a good home is difficult, and after all the work we’ve put in it would be a shame to send him off to a sanctuary where he would not receive the one-on-one time he needs.

So he came back to Surrey, and went to live elsewhere in the village for a couple of months until it became clear that this would not work out. He returned to our yard, and we were able to strike a deal with the yard owner for more field space which was fortunate because… 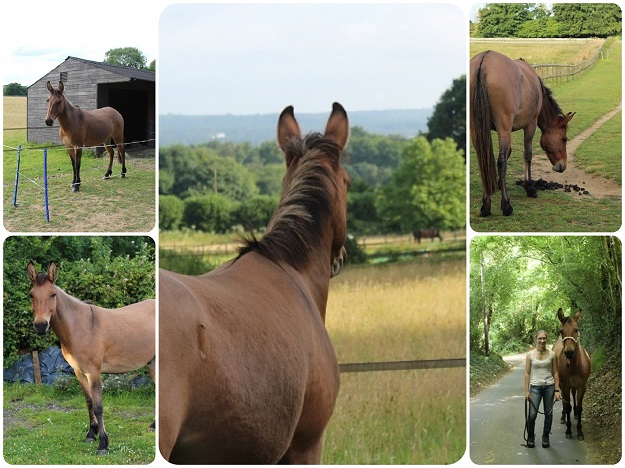 …we were about to fly out to Mallorca and visit Xato for the first time! I had been in discussions with his owner, Xanthe, for a couple of months already but had not wanted to commit until I knew what was going to happen with Marty. It was love at first sight and we spent a very happy few days on that gorgeous island. 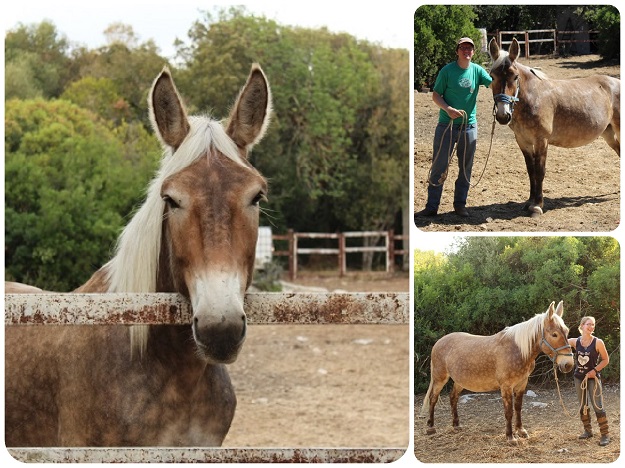 It took a while to bring him over the UK, but he eventually arrived and it was honestly like a dream come true. Unfortunately introducing him to the rest of the herd took a bit of time and work, but we got there in the end! 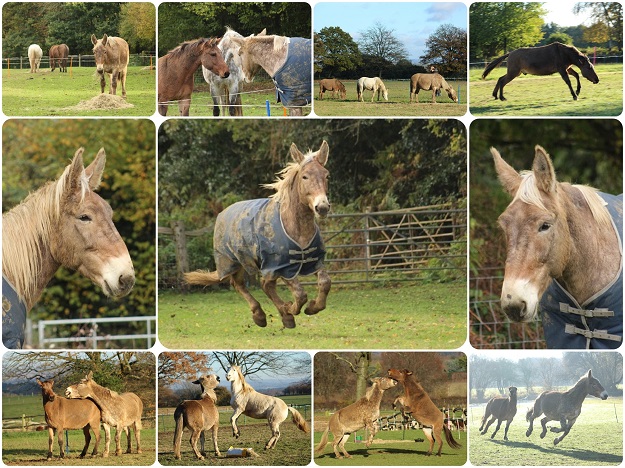 We started working with him immediately, and began the first steps on our journey towards Xato becoming the most awesome trail mule this side of the Atlantic. It will be a long journey, but the attention we pay to the details now will be so very worth it in the end! He is a joy to work with and gets better every single time. I still can’t believe that I’m lucky enough to have the opportunity to work with such a great mule. 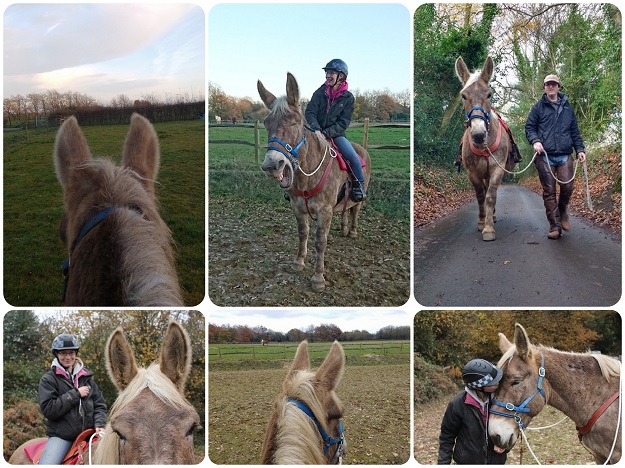 My mules are wonderful teachers and brilliant friends. I don’t know what the future will hold; there are a lot of dark things that have unfolded around the world this year, and a lot of things that scare me. But I hope my boys will continue to educate, comfort and inspire me for many years to come. 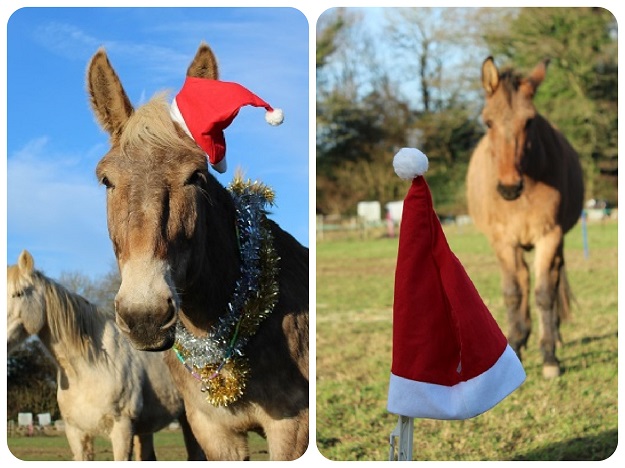 P.S. The music I had intended to use on my slideshow was “Brother” by Lord Huron. You can listen to it here if you like.