A few weeks ago we were working both mules in the arena. There was nothing amiss, and at the end of the session Ben dismounted and stood next to Xato while talking to Marty and I. Xato stood peacefully for a few minutes then suddenly stamped his left hind in a way similar to a horse with heel mites; he followed this up almost immediately with another stamp and then, to my horror, tipped up onto his toes, tucked his bum right under, and nearly sat down. Then he righted himself and stood quietly again as though nothing had occurred. It was so quick that Ben didn’t see what had happened, and it was only because I happened to be looking at Xato at the time that I saw the whole chain of events.

As you can imagine, I was deeply concerned. I’d never seen anything like it before and it seemed to me as though it was a reflex response, rather than a conscious decision of his. He moved off easily and normally and was happy to be led around the arena and back down to the yard. We kept a close eye on him for the next few days and he showed no signs of doing it again – neither the stamping or the sitting down. He played with his mates, ran around in the field, rolled in the round pen, did everything as normal.

We stopped riding him and called the vet out anyway. She said he was very slightly lame on the left hind – barely 1/10 – but found that he reacted on the diagonal pair when she tested his back. We have some other concerns about him but the vet’s recommendation was to get him a massage first and, if that doesn’t seem to help, we can move on to a more in-depth diagnosis.

We were recommended Nerys from Equine & Canine Physical Therapies. Since she was coming out to see Xato I thought we should probably take the opportunity to have Marty seen, too, because although he was giving me no reasons to suspect any problems he’s overdue for a bodywork session; Ben wanted her to see Joey before he thinks about getting on him; and then we figured Cash should probably be seen as well, as it seemed unfair to give everyone else a massage and exclude poor Cash! It was a little cheaper to have multiple animals seen in one place and Nerys was able to spend the day with us.

I’m mostly putting this here for my own records, but feel free to read on if you’re interested. 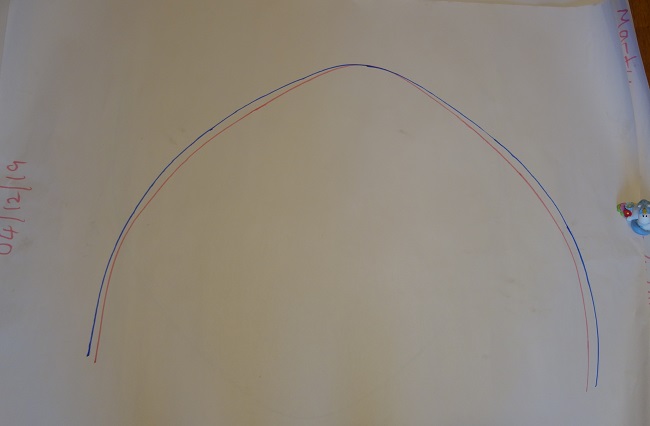 As you can see from Xato’s pre-treatment tracing (red line), there is a steeper angle on his right side (shown as left here). He is, as we suspected, overusing his shoulders and neck and not engaging his hind end properly. He was also holding his pelvis to the right, didn’t have much in the way of pectoral muscles and had very tight hind limb muscles in his inner thighs.

He had a two hour massage from Nerys and enjoyed it immensely! As this was three days ago and we gave him two days off after treatment, we haven’t seen enough yet to know how much is different and how much is the same – but I did see him kick out at Joey by extending his hind leg horizontally behind him. This was interesting because I haven’t seen him kick like that for a long time. Then again, Xato isn’t really a kicker by nature, and it’s hard to tell whether he hasn’t kicked for a while because he hasn’t been able to extend his leg like that or because no one’s pissed him off enough to try it.

As for the funny turn in the arena, we don’t really know what happened. The vet wondered if he’d caught a nerve; Nerys wondered if he might have been releasing some discomfort himself. Both have cleared him to continue working in hand and under saddle, so we’ll pick that up again and just apply our common sense. 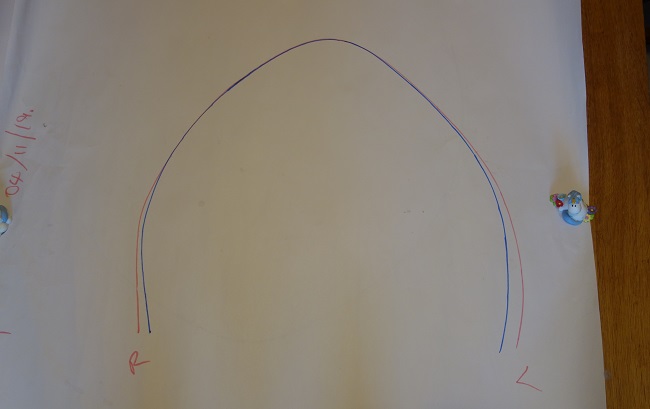 Marty turned out to be a bigger problem than Xato. Well – a bigger potential problem. I’ve had no reason to suspect any discomfort in him; he will stand loose to be saddled, is happy to walk for miles, will park himself by a mounting block and stand quietly until asked to move, etc. Given that Marty once spent several months grumping at our previous EP every time she approached his right foreleg, after she accidentally plucked a single hair from his belly on one occassion, my feeling is that if I’d caused him any pain at any point then he would have told me and reminded me about it … repeatedly.

However, my relationship with Marty has also reached new levels, and it’s well documented that a mule who trusts you will let their chosen person do all manner of things with them that they wouldn’t allow anyone else to. Has Marty been acting stoical for me?

While Xato was being treated I sat on a bucket and Marty backed up to me to ask for an inner thigh scratch. I couldn’t be bothered to stand up so I scratched him from a sitting position, directly behind his back legs. He was also happy to stand close to us and snooze while Nerys was working on Xato, but when it was his turn he was very stroppy with her. His neck and poll were acceptable (which I was pleased with, given how much of a no-go zone that used to be) and he even allowed her to use a big vibrating machine on his neck, but he did not want her working further back. He’s never threatened to bite me in his life but wow, those jaws were swinging!

The trouble with Marty is I know he’s the textbook, one-person mule, and he doesn’t like other people doing things to him. I’m allowed, because by this point I’ve spent several years persuading him, but this makes it really hard when we have professionals work with him whose job it is to detect discomfort. Did that kick mean “Don’t overstep my boundaries” or did it mean “Omg that hurt like hell”?

Nerys was very good with him and stretched his comfort zone without pushing him over the edge. She described him as an onion – i.e. one that would need to be gently peeled over several sessions. This is how we helped him accept the dentist, so I’m sure it will work here as well.

Anyway, he had similar issues to Xato as far as the overuse of the shoulder goes, as well as overusing the front of his neck and ‘something’ potentially going on in his back end that we were unable to get to the bottom of due to his behaviour.

Oh … and after his session was over, he was more than happy to come to me and request butt and thigh scratchies again. I am not gentle with my scratchies but they did not elicit a negative response. 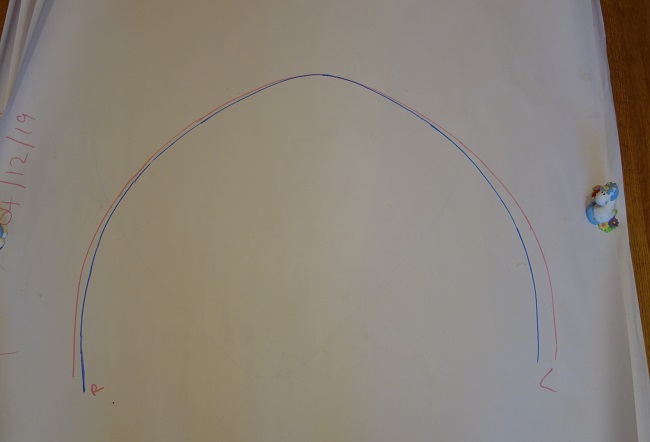 Joey was by far the easiest and the shortest session. We had no reason to suspect anything amiss with him, apart from a potential stiffness in his left shoulder, but before we reback him we wanted a clean bill of health. That way we know we’re starting with an empty cup.

There was very little that needed doing with him. I guess being left alone for a few years with next to no dental work, farriery, or bodywork is good for you. I don’t know why I’ve spent so much time worrying about the other three, really. 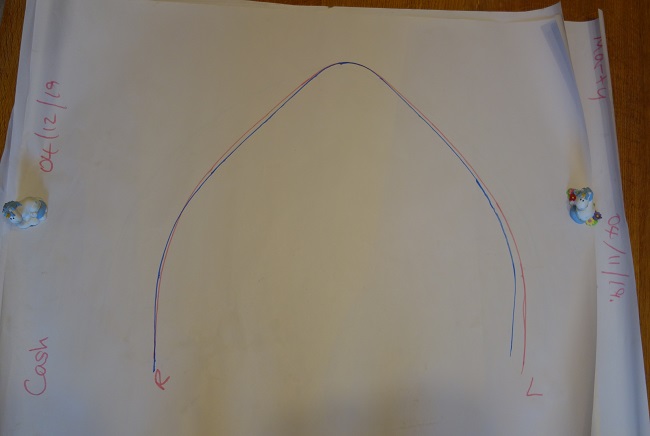 Cash was retired some years ago and his ‘job’ now is just to be a field companion. We suspect he has some neurological issues and although he passed some of the tests Nerys gave him, he failed the one where a hind leg is placed in an awkward position – although this did improve slightly after treatment.

As expected, Cash was a bit of a mess and what you would expect from a horse in their late teens who has been out of work for some time.