This blog has brought me a lot of good things. My garbled ramblings about Marty meant I was recommended by Sarah Weston (still a little star-struck over that) when Xanthe, Xato’s Real Mum, was looking to rehome him. Both the blog and the mules who feature in it have prompted me to better myself when it comes to horsemanship, and running the blog gave me confidence and taught me the basics I needed to take over Horsemanship Magazine. It’s not bad for something that began mainly as an outlet for me to wax lyrical about a subject which I was sure was boring to others!

Anyway, over the past year Mulography has had to take a back seat as I have been so incredibly busy with freelance work, getting married, my equines, and my new venture as an unpaid and overworked magazine editor/social media manager/advertising liaison. This blog has only ever been a hobby for me and if it’s not going to pay the bills, I can’t pour too much time and energy into it.

But I’ve missed it. I think it’s time to bring back some consistency to the blog and try to update it once a week, at least. I’ve even given it a face-lift – it’s now mobile phone compatible! Practically futuristic! It turns out I was still using the same hosting package I’d been using since 2015 (back in the days when all these houses were just fields, and Freddo’s only cost 25p), but after a quick chat with the helpful Tsohost people and the price of two Freddo’s later, I’d upgraded to a more modern package that had five times as much storage … meaning I could finally update my WordPress. What a time to be alive.

I’m also really pleased to say that Mulography is now on the Haynet blog directory! Haynet offers a great selection of equestrian blogs from around the world and also has a fantastic Facebook group, #HorseBloggers Meet Up. I joined the group a few weeks ago as part of my “Being A Real Blogger” makeover, and this month’s challenge involves taking five photos which show a typical day in your life. I chose Monday, which is one of my magazine days. 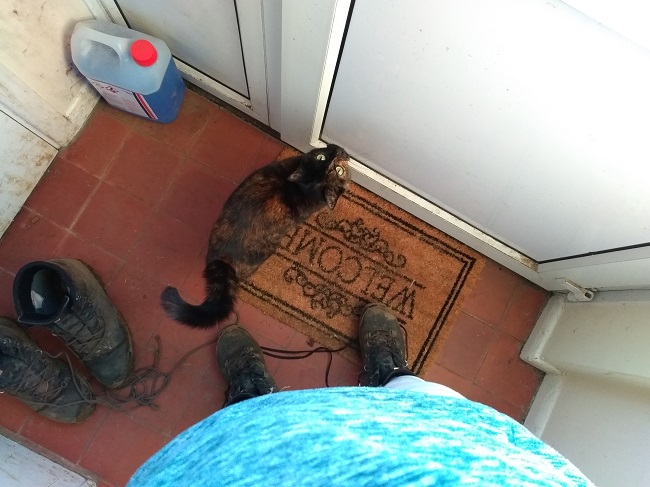 Leaving the flat and releasing my poor cat from her terrible prison. She was born feral and although she does secretly quite like the comforts offered by domestication (on these winter nights, I will often find her draped along the top of one of our storage heaters like a slightly melted sausage), she will sit by the door and squeak every morning in case I forget to let her out. 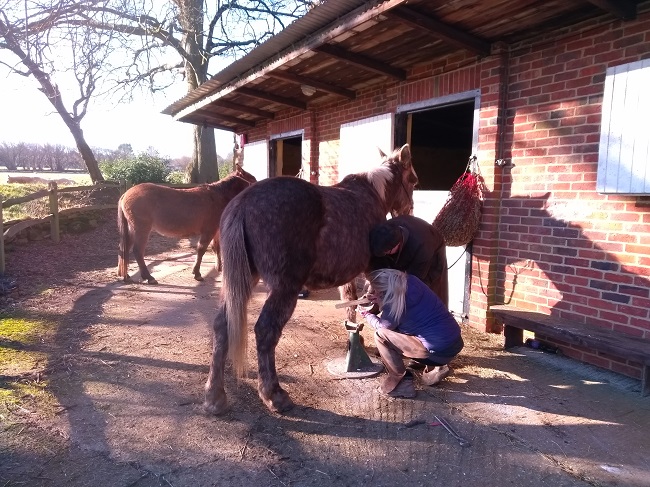 All hands on deck when it comes to trimming Xato’s suspiciously heavy hooves! Alright, so the herd getting their feet trimmed by Emma of Shoeless Solutions isn’t an every day occurrence, but they usually get some kind of handling. Xato was really good about having his feet trimmed two sessions ago, but he’s apparently tried being a good mule and decided it isn’t for him. Emma is going to throw a celebration party when we leave and she no longer has to visit us… 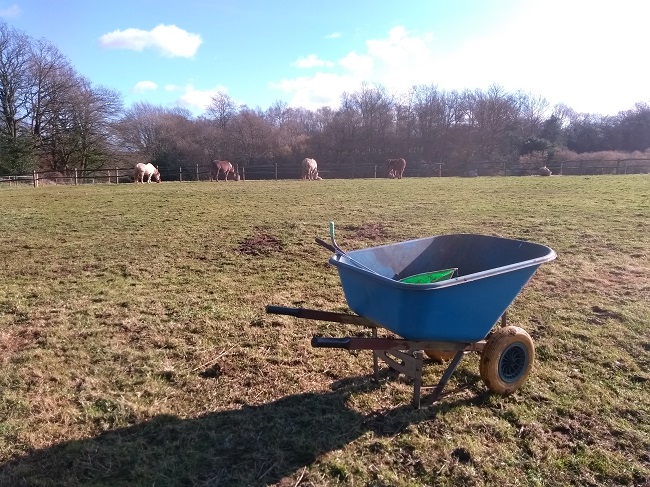 Poo picking. The herd produce two barrows worth of poo every day; we usually try to take a barrow out in the morning and a barrow out in the evening. With Ben working from home now and myself only doing groomwork three days a week due to my bad back, this is much easier to do; before, winter poo picking was usually confined to weekends as we would run out of daylight during the week. 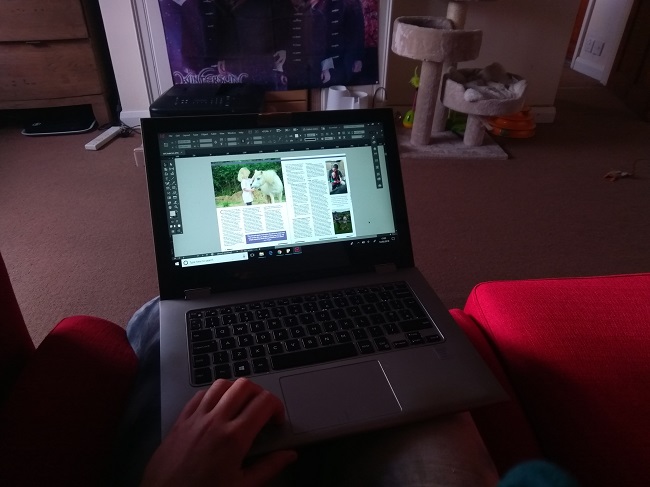 Home for magazine work, after making a brief stop to see someone about some chickens I’m meant to be looking after next week. I don’t actually do my editor stuff while sitting in a darkened room like some kind of master villain, that’s just how the photo came out. Honest. 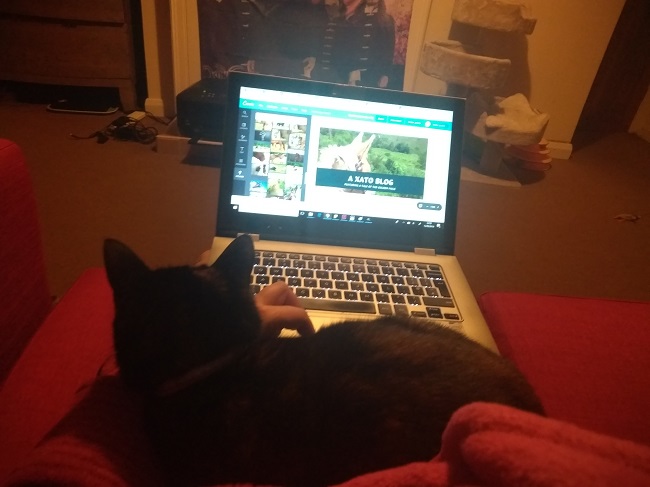 After an undocumented break to deliver some new subscriptions to the post office and go back to do evening chores at the stables, it’s time for more nefarious computering! I even have a cat on my lap this time. I assume the reason super villains always fail is because they’ve always got a cat on them, and it is really bloody hard to get anything done when there’s a dead weight draped over your arm, sticking her feet on your mousepad and biting if you disturb her too much.