It’s been a little over two years since Ben and I went hiking in Austria and I am finally putting together my film footage from the expedition. Better late than never!

The video, detailing the events of day one, is available to view at the bottom of the page. If you prefer text and photos, then read on.

The Säumertreffen – Säumer referring to people who historically transported goods on the back of pack animals, treffen meaning ‘to meet’ – is a gathering that happens every two years, held in a different part of Europe each time. It is a fairly recent tradition, and the one we went to in Austria was only the third event. It’s a way for like-minded folk to get together, practice their packing skills, and enjoy walking in beautiful scenery.

In the US it’s normal to see packers riding at the head of a packstring, but in Europe – including the UK – it seems the traditional way of packing involved the animals being led on foot. It was certainly a very practical way of transporting goods across the Alps and the result of this long-term industry is still seen today, in the many mountain inns that provide welcome stopping points for the weary traveller.

In English, we called it the International Pack Animal Meeting. It was indeed international, as we had professional packers Wade Maul (Outfitters Pack Station) and Casey Hufstader (CH Packstring) visiting from the USA as well as people from all over Europe. One lady had been hiking to the meeting from her home in France, but was unfortunately involved in a road traffic accident a few days before so was unable to attend (both she and her mules were fine).

How did you get involved?

Purely by chance! I had made friends online with a German lady named Friederike Hucke, who was planning on taking her mule Quille and donkey Victor to the meeting and invited us to come with her. She generously lent Victor to us for the trip. Having this kind of hands-on experience was invaluable, as neither of us had done any packing before and being responsible for our own gear allowed us to understand the hows and whys involved.

I would have loved to have taken my own mules, but my bank balance said no; even in those days before Brexit it would have been quite an undertaking to get animals all the way to Austria from England.

How many took part?

Where did you go?

We set out from Natters, a place just outside Innsbruck, and spent the next four days hiking over 30 miles into the North Tyrolean Alps and back. Our first day’s hike, which I will show you below, took us into Ellbögen. On the second day we hiked up to the Arztaler Alm where we spent two nights before hiking back to Ellbögen. Some of us continued on to Natters, but Victor was well and truly done with pack-donkey life so we stayed in Ellbögen and Friederike went back for the trailer.

Day One In Photos

Doesn’t Victor look thrilled to be partnered with us? Absolutely over the moon. 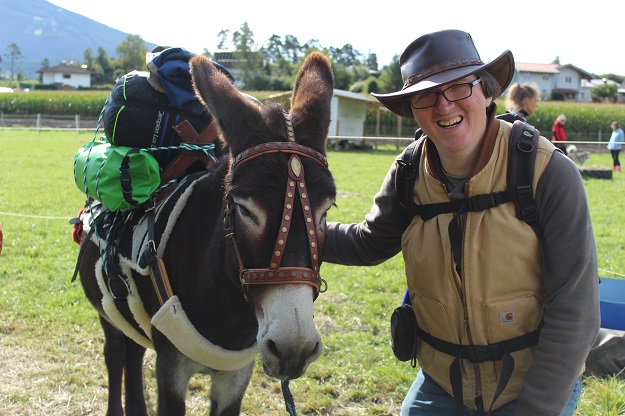 Little and large. Quille is about 17hh, which is probably too tall for a pack mule, but she does the job brilliantly. She is a truly exceptional mule. 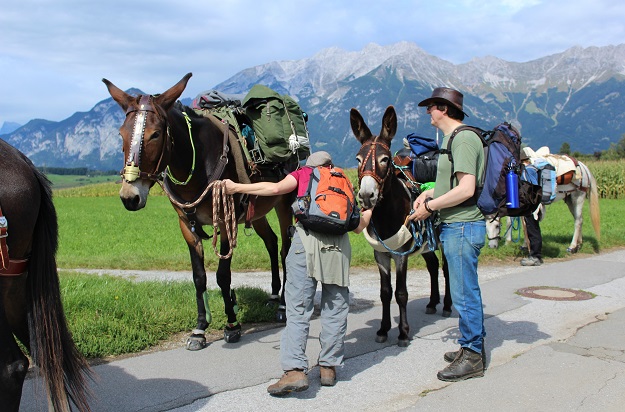 Markus Kerschbaumer, known to his friends as Muuli Max, who hosted the 2017 meeting. 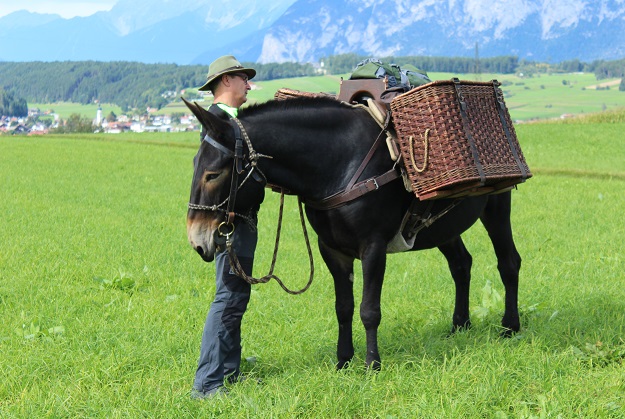 A brief stop for some lunch. 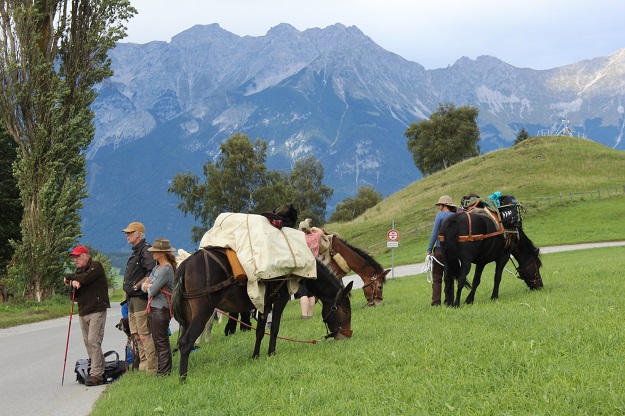 Ben and Victor, both suitably burdened. Victor had not done much mountain walking before so we deliberately travelled light, carrying most of our gear in our own rucksacks. Victor is carrying our clothes in two drybags, our sleeping bag, and his rug. 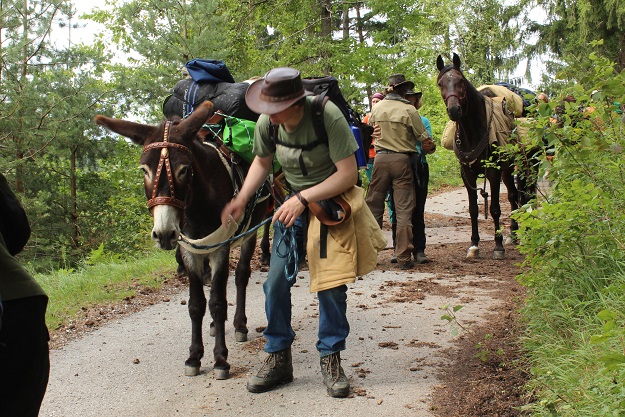 Heading down into the valley before another, inevitable, climb back up. 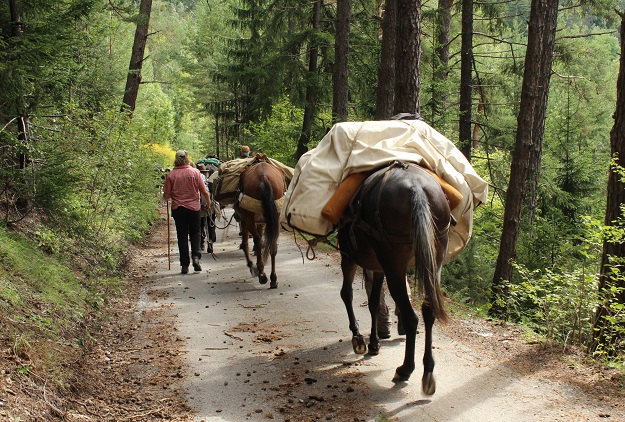 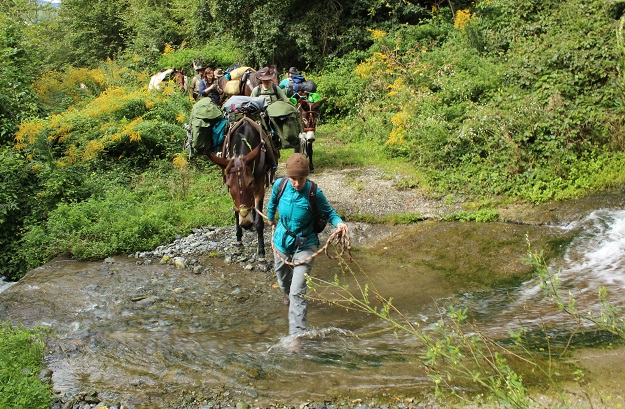 …which turned out to be a lot slipperier than expected! 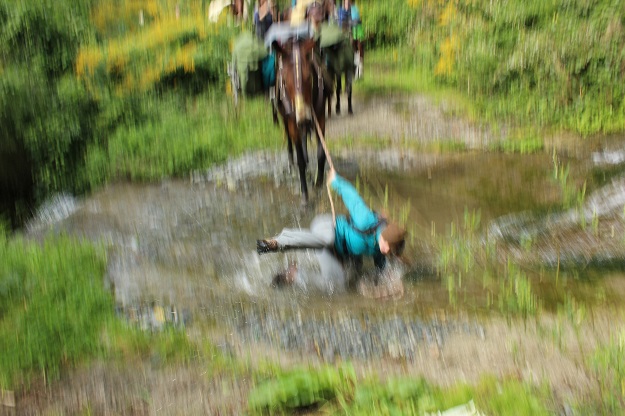 Thanks to Friederike locating the danger, Ben and Victor made it safely across. 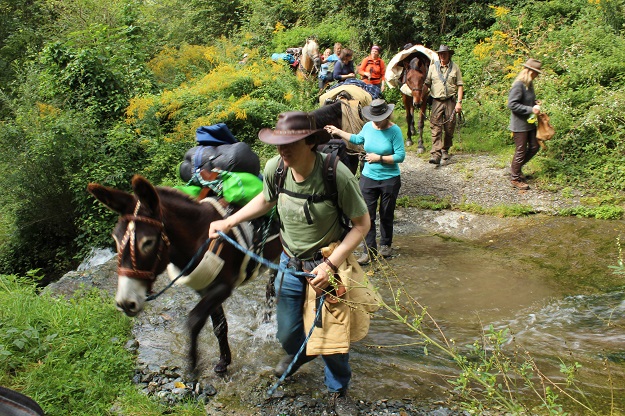 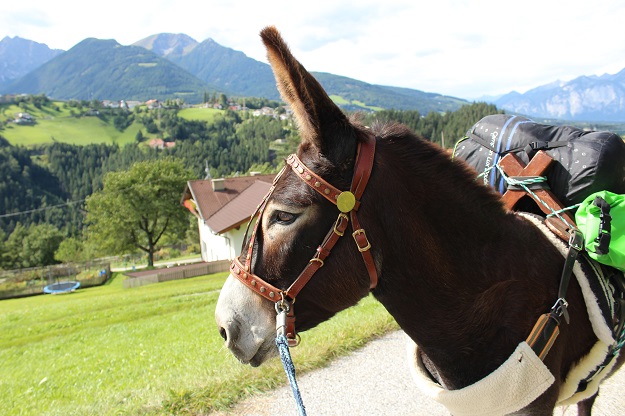 We were very attached to our little donkey friend. 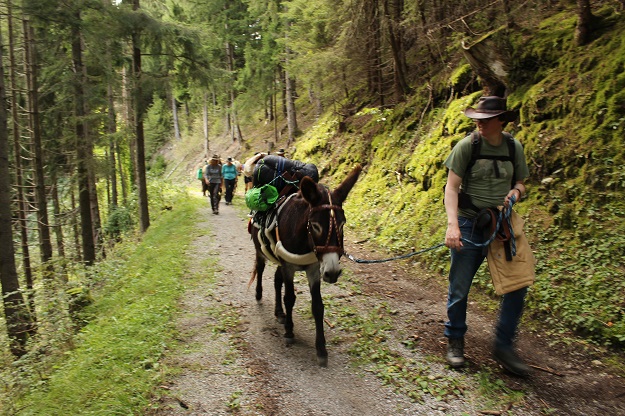 Taking a break after accidentally mislaying one of the non-Säumer hikers in the forest: 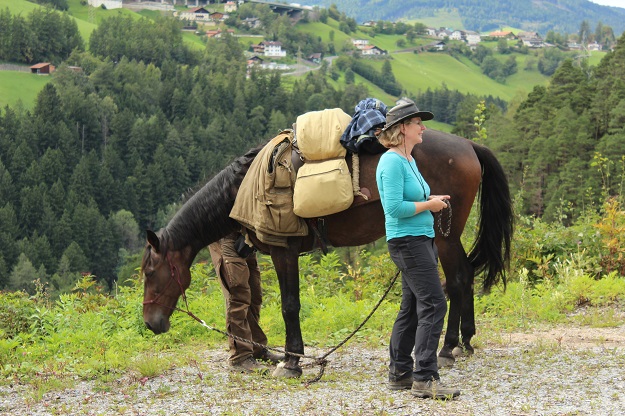 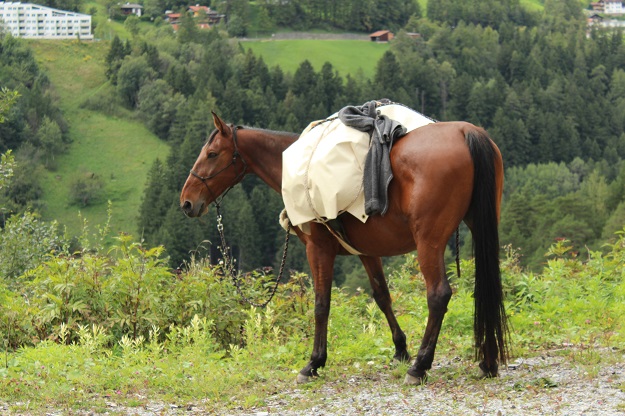 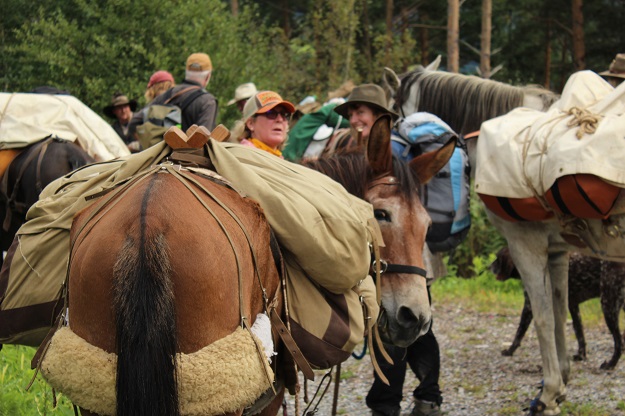 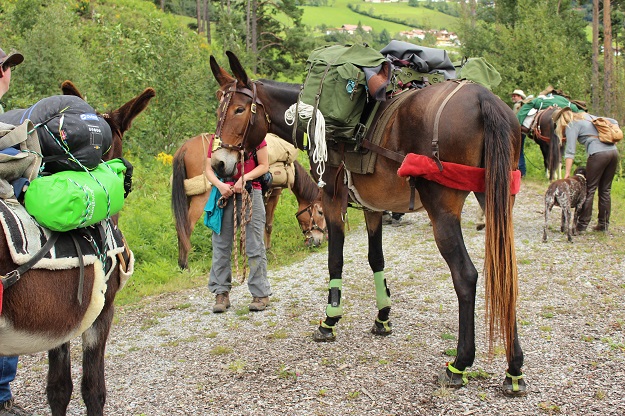 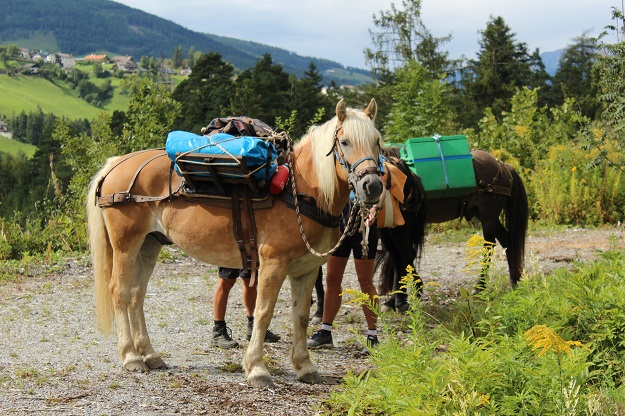 Having arrived at our destination, some could barely wait to make use of the amenities! 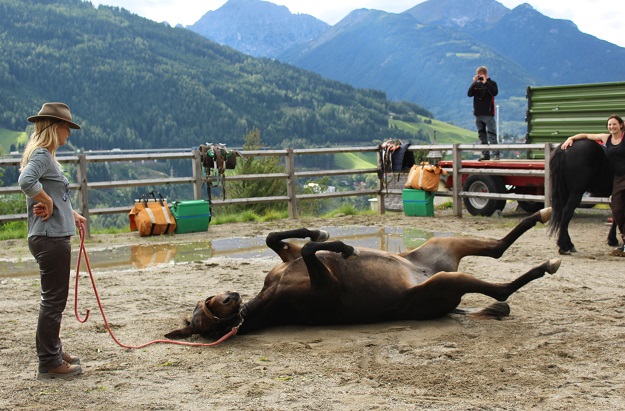 A donkey being led down to one of the lower pastures. 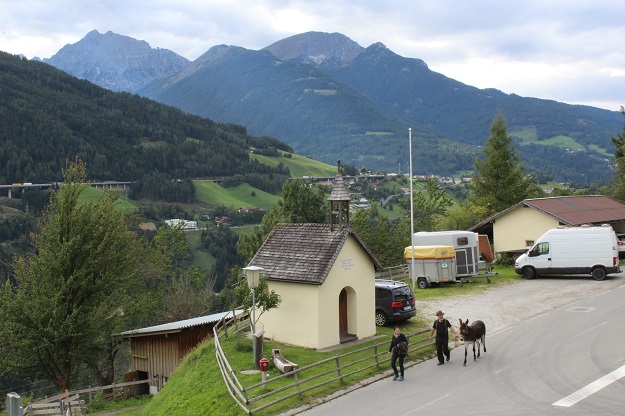 At Ellbögen we met up with the rest of the people and animals who would be joining us on the mountain. 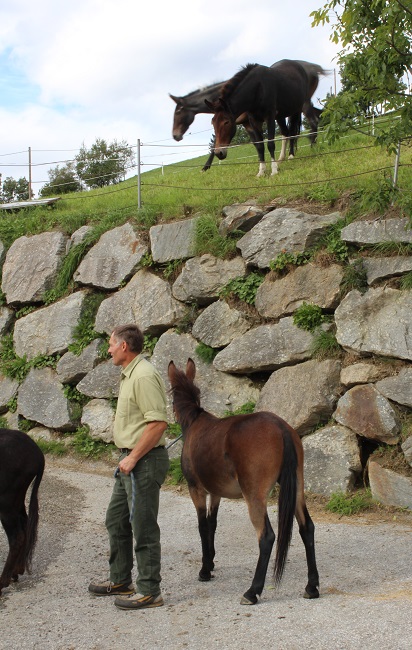 Day One in video

I did film and upload this in HD, but … well. Such is the way of things. Please don’t be too cruel about my very amateur production, I worked very hard on it!