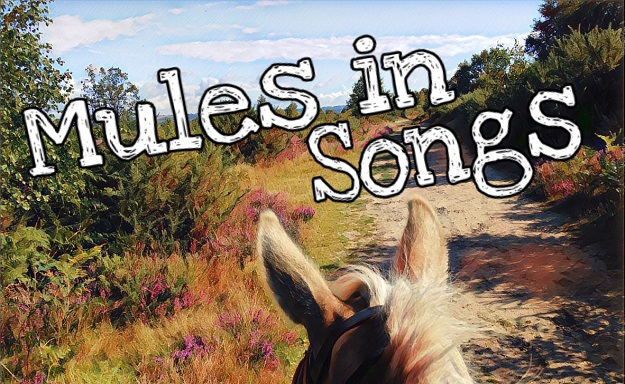 I love music. My favourite genres are metal and folk, although I have a fairly eclectic taste. I’m currently obsessed with the new album from Swiss folk-metallers Eluveitie – here’s an equine-themed song from it (maybe don’t watch the video. The horse’s anachronistic tack is doing my head in).

I also love sharing music! So I got to wondering whether there were any songs about mules that I could listen to. As you might imagine, most of the songs I found are part of the country genre; I’m not a big fan of country (although Dave Stamey’s Talkin’ Bronc Ballet Blues and Jaquima To Freno by Ian Tyson – set here to Jeff Sander’s exquisite Cowboy Dressage freestyle test, which I will share at any excuse – are a couple of favourites), but if it’s about mules, I don’t really mind it. Do you have any songs to add?

Get Up Clara, Richard Shindell

Get up Clara
Be a good mule now stop this farce
Get up Clara
The wind is cold and it’s getting dark
Don’t fail me now, get up girl
I’ve followed you this far
Out here beyond all knowing
And only you know where we’re going

Not Stubborn, Not My Mule, Michael Gaither

They call her stubborn, but that ain’t true
She’s not stubborn, not my mule
She has a reputation
It’s an exaggeration
She sticks to her own set of rules

Get Behind The Mule, Tom Waits