We’re back in the UK this week (with a brief visit to Spain) to meet the truly exceptional Polo. I had the very great pleasure of being able to show Polo in-hand at last year’s Mule Camp, thanks to the generosity of owners Clive and Jacqui! He was a sweetheart and looked after me very well, so I’m pleased to be able to share his story here. 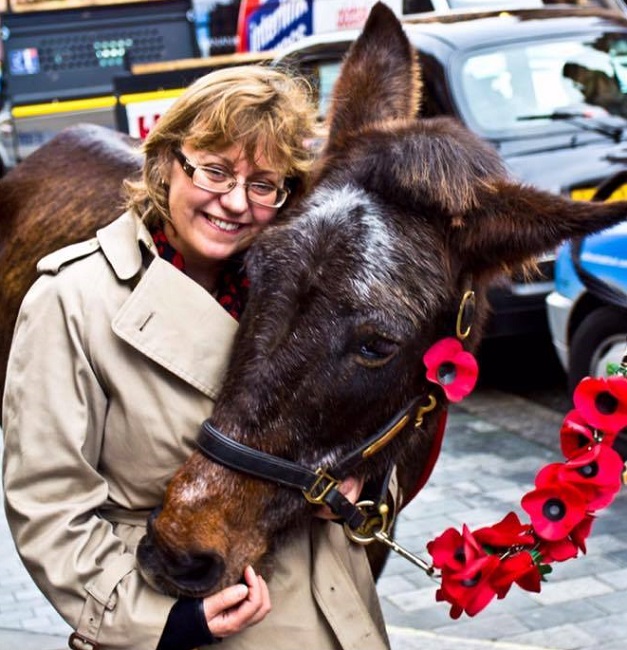 We have five mules here in the UK, but going to start with our first and also the eldest: Polo.  Polo is approximately 36 years young. 13.2 hh dark bay. Polo eats and eats and eats – his main focus is eating. Very willing and was quite zippy in his youth. Just loves to be around people. Dislikes puddles. 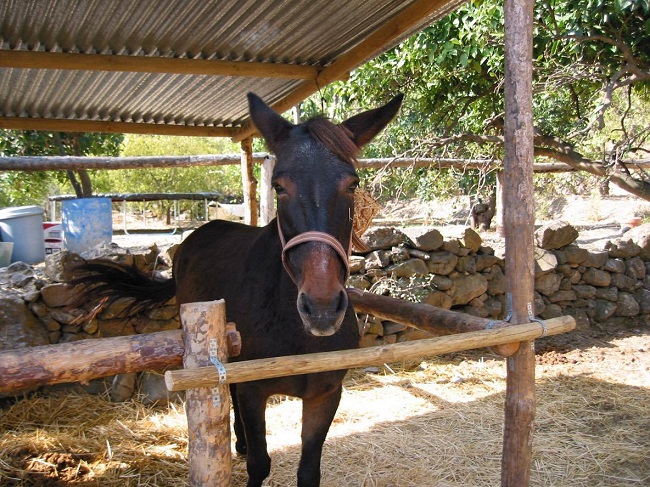 We brought Polo when living in Spain; he was an ex farmer’s mule from Granada. His previous owners were moving back to the UK so needed to sell him. He had quite a bit of seedy toe and was maybe not the best bargain as he was already an ageing mule. We have had for almost 17 years now. So we only went to look as we were busy restoring an old house … he was adorable. We then moved back from Spain ourselves and brought Polo and another mule, Mora, with us. 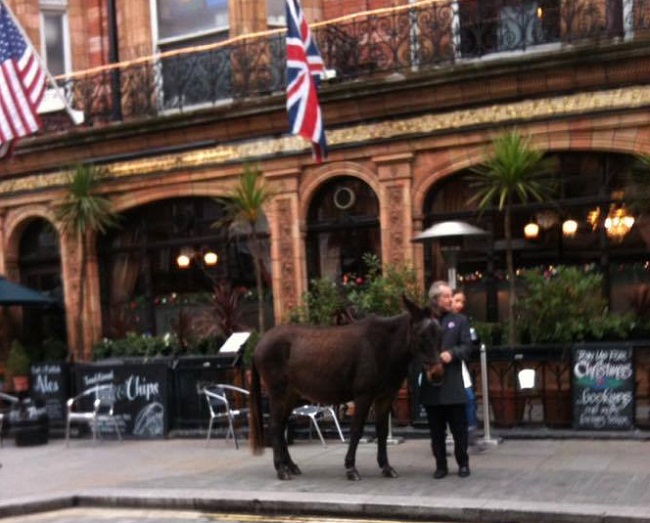 Polo has always been a very willing and obedient mule. Nothing seems to faze him when you think of all the new experiences he came across back in the UK, so different from the Spanish mountain side. We have used Polo for general hacking and also he has done film work, currently working on Poldark. Polo also represented the British Mule Society when they attended the Animals in War memorial service in London. Polo still gives the youngsters a ride but we no longer use him for riding. Without Polo we would never have known about mules or met so many wonderful people and traveled to places like Colombia or USA – all mule related trips. 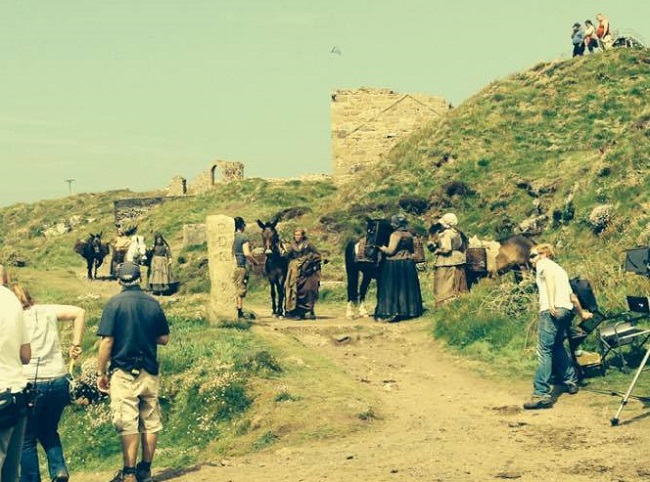 When he lived in Spain with his soul mate, Mora, he would follow her everywhere. Mora was always one to break free and one day off they went – it was the hottest day of the year and they just disappeared. We kept getting calls with sightings of them. So off we went as close as we could in our little Seat car as we are talking overgrown Spanish mountains! Then the rest was walking and climbing. We finally saw them in the distance so off we went as quick as the midday sun and bush would let us! Every time we got close off they would go up a goat track. You could almost see the look on Polo’s face as if he was saying: I’m exhausted and really want to go home but can’t leave the love of my life. It was clear we were not going to outrun them so our only chance was to outwit them! So we sat under the shade of a large olive tree to think of a plan … well they both took to the shade and munched on the grass underneath! I said let’s just carry on chatting and ignore them as though we really don’t care, and I must admit at this moment I really was getting to that stage! It was most strange they then came to us as if to say fun over let’s go home now. Mules I have found hate to be ignored and are very curious! So the best way to catch one is to pretend you don’t want to! 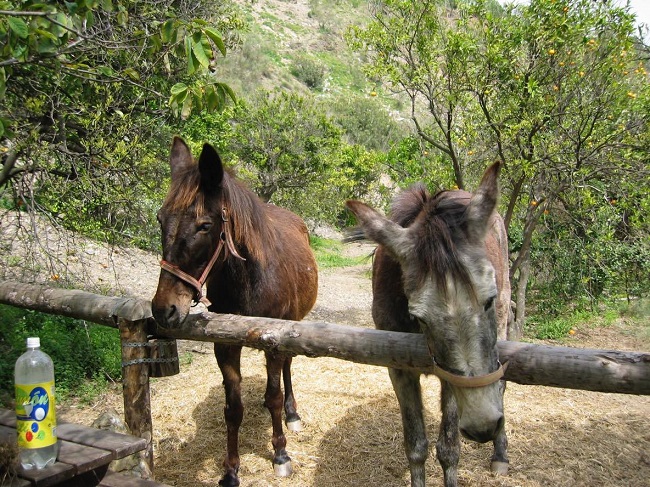 As a previous horse owner I was not too fazed about having a mule, I do think patience and respect for all equines is most important. I really do love the intelligence of the mule it is a real partnership rather than ownership!

The advice I would give to someone that was thinking of getting a mule would be to find out as much as possible about your purchase and about mules, have patience and most of all have fun and enjoy your mule.