My mule radar went off recently when a photo from Inky Dinky Saddles popped up in my Facebook feed, featuring an adorable mini-mule being ridden by his young jockey. A mule! In the UK! I immediately decided that I would have to contact the owner some day, some how, for a Mule Tale.

Anyway, the mule community in the UK is pretty small, and a few weeks later I ‘met’ Lara through a mutual friend (Sarah, who owns another mini-mule – the wonderful Henrietta!). Thankfully Lara was not put off by my excited frothing and graciously agreed to an interview.

All photos are copyright © to Lara Costello. 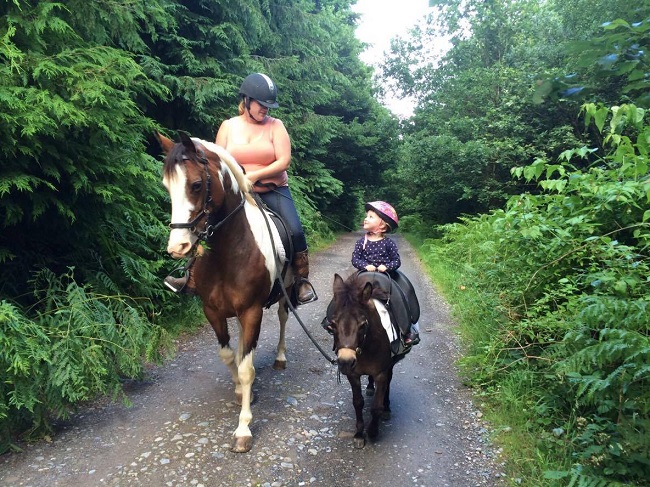 I would like to introduce Napoleon, my little Irish mini mule. He is all of 7 yrs old and I have had him 5 yrs.

I had just come back from the US and fallen in love with their giant mules, and Napoleon was advertised on a local selling site for €30. I convinced my husband that I needed a companion for my horse and off we went to meet him. 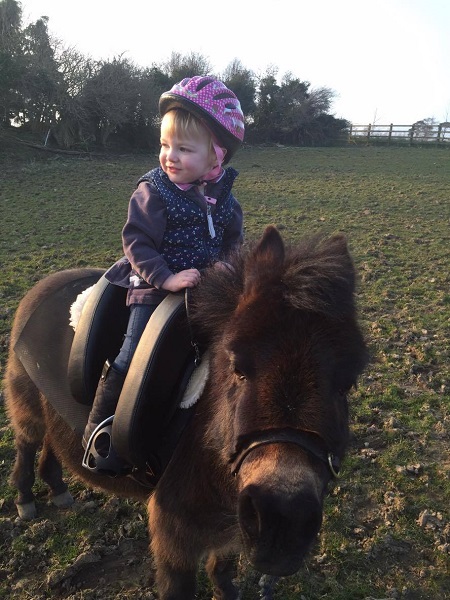 From day one Napoleon has been hacking out loose with me, we are very lucky that we have fabulous forestry and mountains on our doorstep. He is very good to load, he loads himself then turns around as he prefers to travel backwards. After a ride he can be a little tricky to catch but I have discovered he loves Apple cookies and so he now loads himself and gets rewarded with a cookie. I have since had a daughter and Napoleon is proving a very good pony for her, he has only been ridden about 7 times and I did very little ‘breaking’ just a few long reining sessions with the saddle. My eventual plan is to take him in the lead rein class at the Dublin horse show as I think he would frighten all the fancy ponies and win!

He hates things coming up behind him and this is something we only discovered once we started riding him, he is getting better but we have to be aware of it when out on the trails. I also have a little harness and trap and will break him to drive eventually. He lives with my mare and two sheep, that he keeps in good shape chasing them around the field when he feels like it. I think since my daughter has started riding him our relationship has really strengthened and the more love he gets the more he gives. 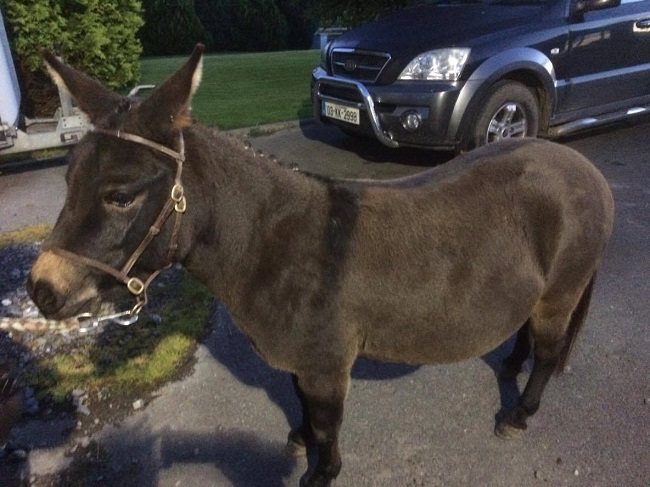 A story that represents my relationship with him is probably the trust that I have in him, he wasn’t broken and we have been able to have my daughter ride him perfectly, from day one he hasn’t put a foot wrong and I think he knows how much I trust him and has stepped up to the plate. Our overall relationship has strengthened as a result, he knows I love him and now he knows how to show his love for us, my taking care of his little rider. 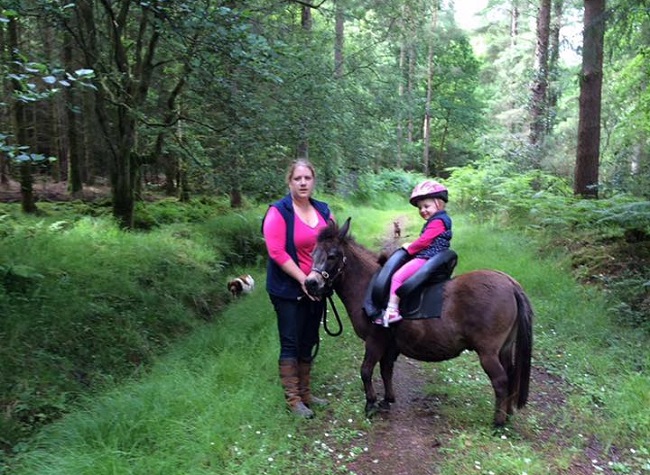 The one lesson he has taught me is to be very clear what you want him to do and be sure to reward reward reward as he picks it up so quickly then. The other most important thing is they don’t say kick like a mule for nothing! As good as Napoleon is, he must have had to fight for food at some time in his life as he is ferocious around food.