What an amazing story this mule has! Born and raised in El Savador, Juanita and one of her lucky humans, Karin, decided to make the 2,500 mile journey to a new life in California. It took a lot of work and planning, and you can read about it here in Juanita’s words! 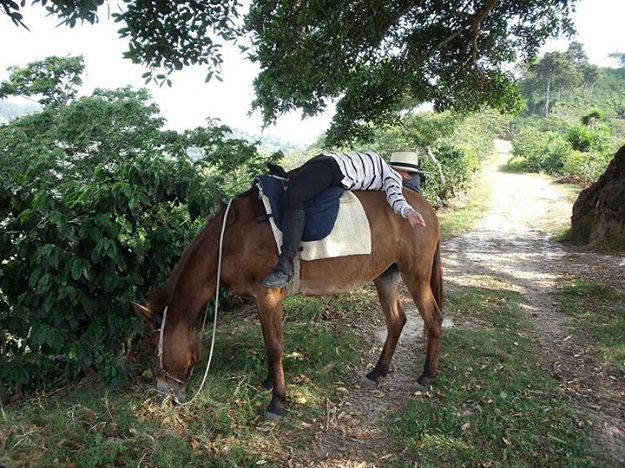 Juana is about 17-years-old and 13.2 hands tall. She is a Peruvian Paso mix mare with a standard donkey. Due to her mother’s personality, Juanita turned out to be quite grumpy, but she is harmless, she is all a big bunch of drama. You touch her and she acts as if it hurts, you brush her and it’s as if you are burning her!!! But she secretly likes all that. When I point at her feet and say “mano”, she will lift her front foot for me and when I point at her hind and say “pata” she will kindly lift her hind. I feed her treats from my mouth to hers and she will do it so kindly that she won’t touch my face. Once under the pad (no saddle 😉 ) she is the most careful animal I have ever had! She takes great care of me. We are a team and she knows it.

She is funny when I put her bridle on (we don’t use a bit, only a light hackamore on her) I just open the reins in front of her (facing her) and she dives into her bridle. She loves it!
Breakfast time … when she is bored of waiting she will bang and bang on the fence until I either pretend to throw little rocks at her and she runs out to the turnout kicking and farting as if I was killing her, or I feed her. No rocks or food, no stopping! Kind of a little brat, ha?! 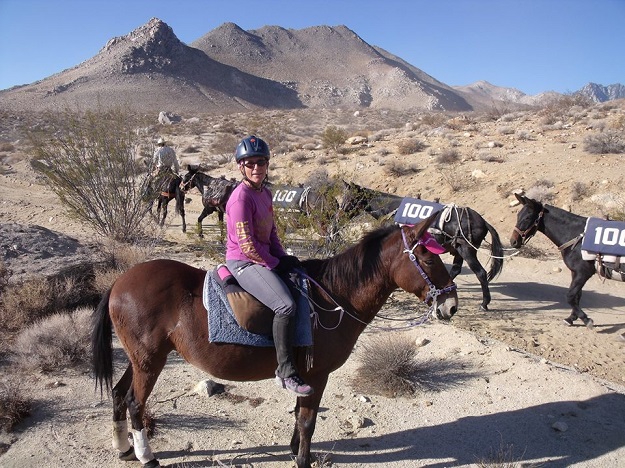 I was riding endurance in El Salvador and had a horse, Camilo Antonio (yeah, my animules and mulicorns have more than one name) and on one ride I remembered my mule when I was a child and the things my mother would tell me about mules (like they don’t jump!!! HAHA, and that they have great endurance), so I asked my trainer and my best friend’s father to help me get one. In El Salvador mules are very rare, people are afraid of them, so it was quite a challenge.

Long story short, two mules appeared in a sugarcane plantation in the East of the country. The owner used to breed Peruvian Paso horses and there was this unfortunate “half mixed with something else” mare and another pure breed that was just moody and very grumpy too (both were). So, I got some friends together: the trainer, a co-rider and my best friend with his father, and we went to meet the long ears. ASS soon as I got there I saw the two mules saddled up and tied to a tree. I pointed at one and said: THAT ONE IS MY MULE!!! But that one wasn’t really for sale, so I had to first ride the other one, who welcomed me with a kick! HELL NO!!! So I tried for a week to convince the owner to sell me the other one. After giving up on the mule story, the guy called me back a week later and agreed to sell me his mule 🙂 YEP, I changed her name to Juanita … my soul mate. 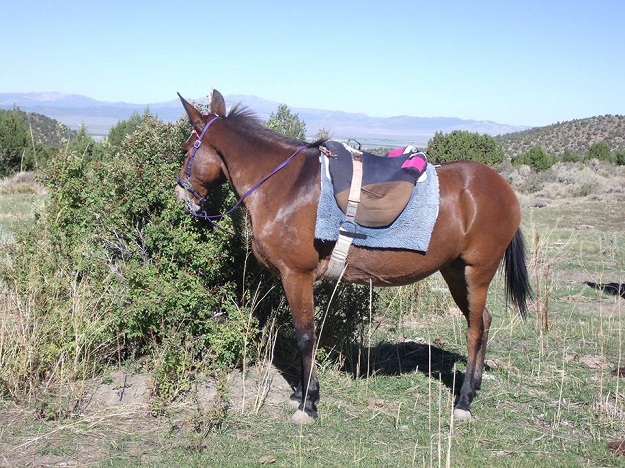 3. What do you do with her, and what are your plans for the future?

I never did endurance with her as a few months after getting her, Camilo died of a colic and piroplasmosis and I decided to never stress an animal again with the hard training for endurance rides. So she became my trail riding mule. She was gaited, and it was very inconvenient in a group as she was always too slow or too fast with others, so I changed her gait to our common walk, trot and canter. Eventually on a turnout she decided to jump obstacles and fences, so we started jumping lessons 🙂 YAY, we had fun!!!! Then I decided that I don’t like saddles and started riding her with a pad I designed myself and I still use! 🙂 Now we only do trail riding and fun stuff like jumping over natural obstacles when we need to. We have done a few fox hunts, but only because the group that invited us would take me in without any protocol or dress code 🙂 YAY AGAIN! Besides, she wears a hat, very unprofessional for foxhunting!

We don’t really have any plans for the future, other than enjoying each other’s company, the trails and friends. Now I run a lot more than before and we got more animals, such as donkeys to run in the Western Pack Burro Races in Colorado. We don’t ride nearly as much, but we socialize a bunch. 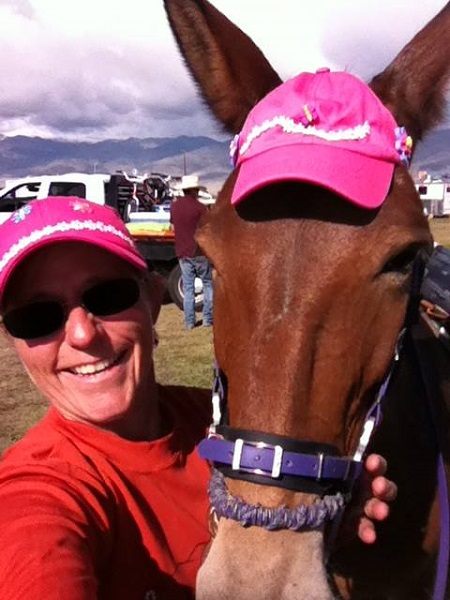 4. Can you share a story that you feel sums up your mule and/or your relationship with her?

I cant sum up our story because we write it every day 🙂 She is my mulicorn, a very grumpy one, but I know she loves me just as much as I love her. 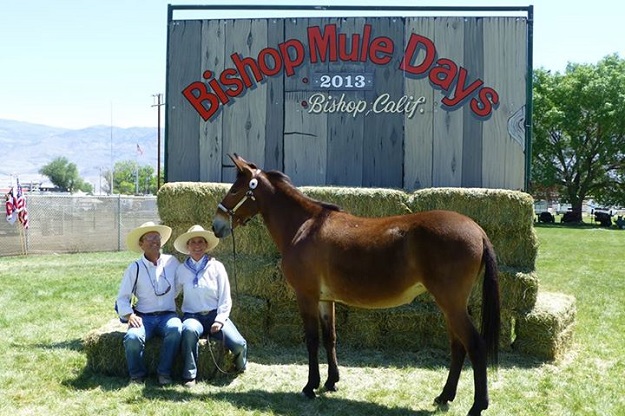 The most important thing to learn about mules … there is so much! Learn WITH your mule, read, watch, ask and never think you know everything because your mule will prove you wrong! LOL!