Mules have great longevity, as shown here by Kelsey’s adorable forty-six-year-old boy, Cocoa! Isn’t that a fantastic age to have reached? Cocoa lives in America, and I asked Kelsey to tell us a little about him – get ready for some warm ‘n’ fuzzies. 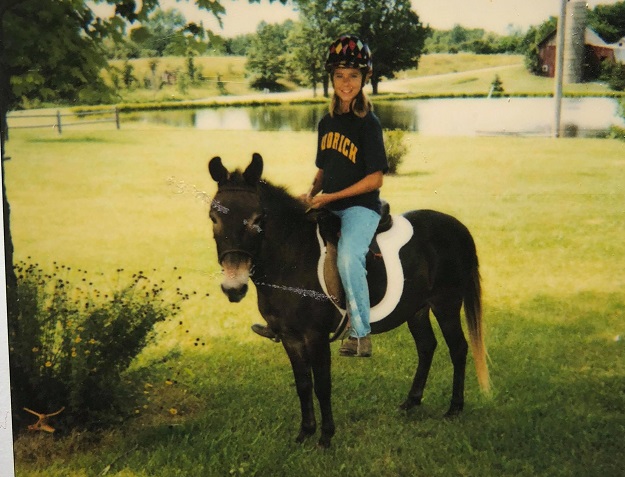 “Well, I’ll first start by saying I was horse crazy from the start. We didn’t have horses, but I knew I wanted one. That’s all I talked about, but since it was such an investment and commitment, my parents had to make sure that it wasn’t just a ‘phase’. I’d put ‘horse’ on every grocery list I could get my hands on. My father got hold of some very, very old tack, one being an English saddle; I would tack up my imaginary horse in the garage (it was a wooden saw horse) and I would pretend it was my very own horse for hours at a time. My mother and father would casually look in the Flint Journal for anything that would catch their eye, and one day an ad did … it was for a 20-something-year-old pony mule for $180. 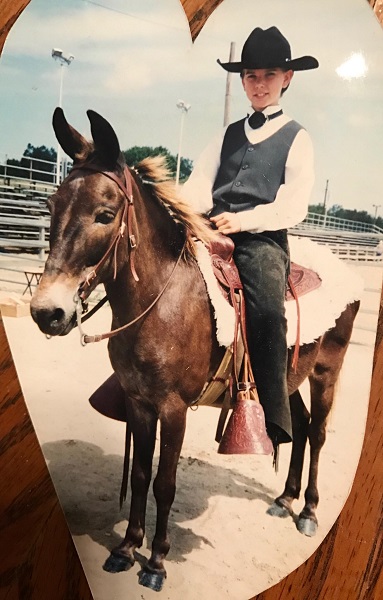 When the day came that we went to go look at this mule, he was held in his little makeshift pasture by one string of hot wire about a foot off of the ground. The owner tacked him up, and my friend Nancy and I played around with him while my parents talked to the owner. We left, and about a week later we went back to pick him up. I was about 6-years-old at the time. 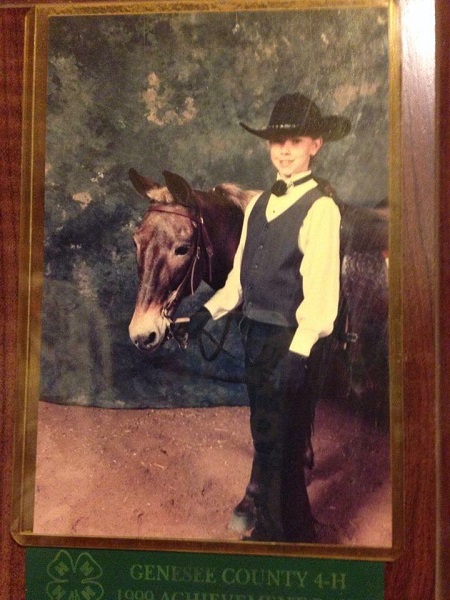 I joined 4H with him at one of our local clubs. I started learning everything there was to being an equestrian, and at the same time, my parents and my club leader were fighting with the 4H board regarding allowing a mule to compete in our local shows. There were many horse snobs that thought this was wrong. By the time our first show came around, our first class was showmanship, and we placed 2nd. Our second class was trail, and we placed 1st … now these horse snobs were not only competing with a girl and her mule, but they were losing to a girl and her mule. We were very much disliked; I’d be in the ring for equitation and there’d be kids on the outside of the ring making fun of us, but I didn’t care because I put in hard work to get us where we were – and we did every class, from dressage to trail to pole bending. Outside of the show ring, we spent all of our time together; mostly going on trail rides, that was our favourite. He’d go swimming, he’d jump … we even did stupid stuff with him like harness him up in the winter and let him drag us on our bellies through the snow. His future is a pasture pet, living out his golden years not having to worry about anything. I’ll hand walk him around outside, just like a big dog; he loves the attention. 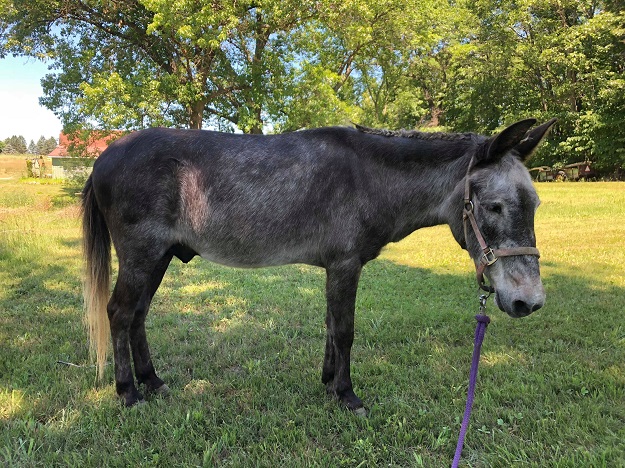 He’s taught me about love, about heartbreak … what a true friend is … I couldn’t have asked for a better first ‘horse’. He is unlike any other animal, he’s very independent, and I love him to his core. Mules are so very different from horses; if you are a horse person wanting a mule, just know that they are probably smarter than you, unlike a horse. If you gain the trust and the friendship of a mule, you will truly have a best friend for life. 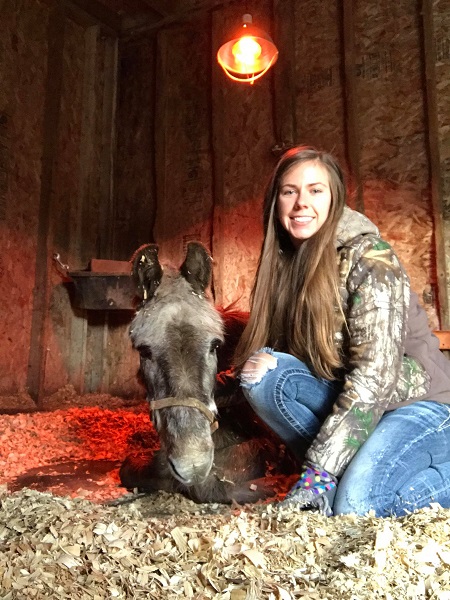