Alright, prepare yourselves for a photo heavy post! Marty turns 6-years-old on the 1st March, but as the weather forecast is pretty dire I decided to celebrate a day early instead. Now that he’s into the latter half of his first decade, I’m hoping this means we’re a lot closer to that fabled ‘maturity’ I’ve heard tell of…

They weren’t sure about my birthday decorations to begin with (there would have been more balloons, but I discovered that balloon-tying is definitely not my talent). 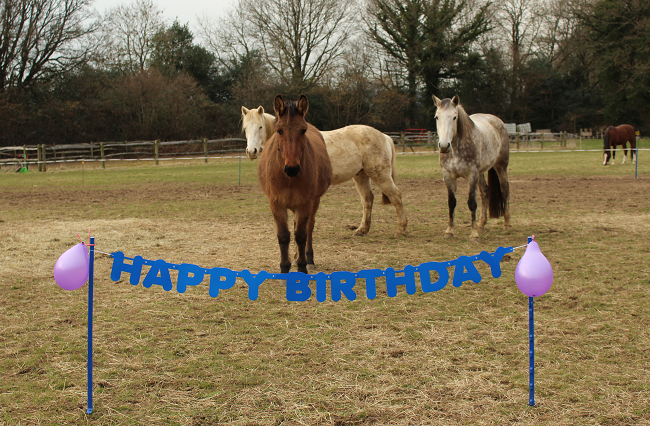 I think it was an uncertainty born of “why is this human so weird” rather than an anxious uncertainty, however. 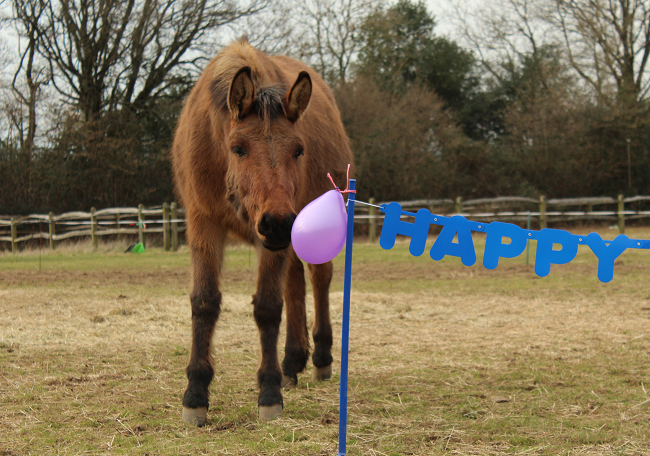 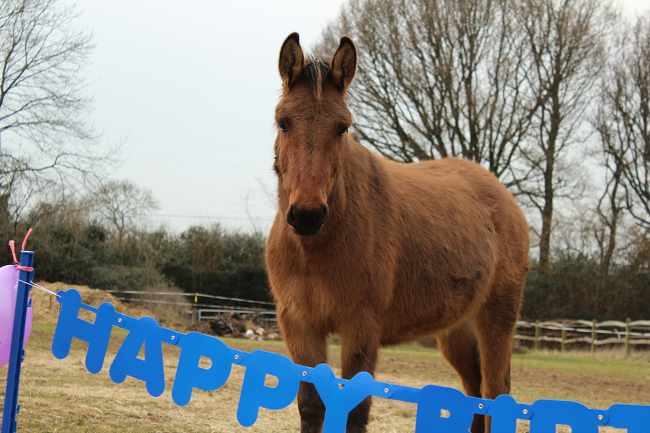 Better check it out from this side, too. 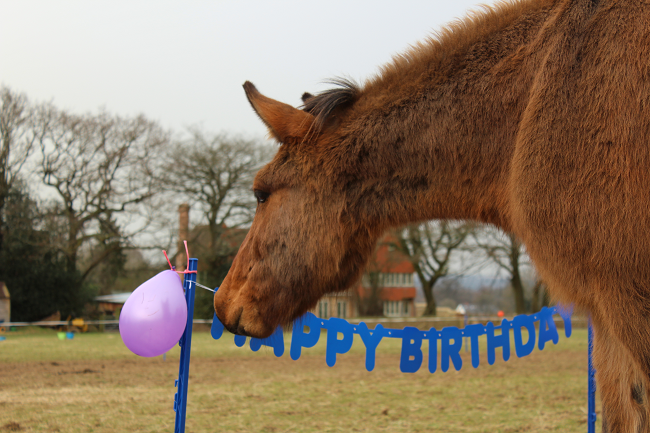 Then we had a brief interlude where Marty discovered something EVEN MORE FASCINATING than his birthday banner – Iris’ amazing gravity-defying tail! 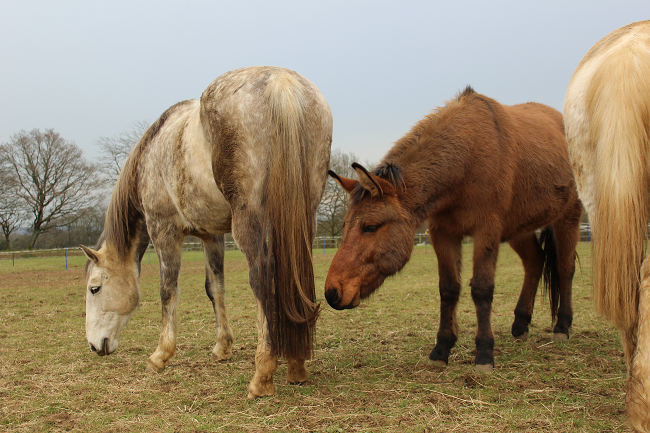 We had party games, but I’m not sure what the game actually was. 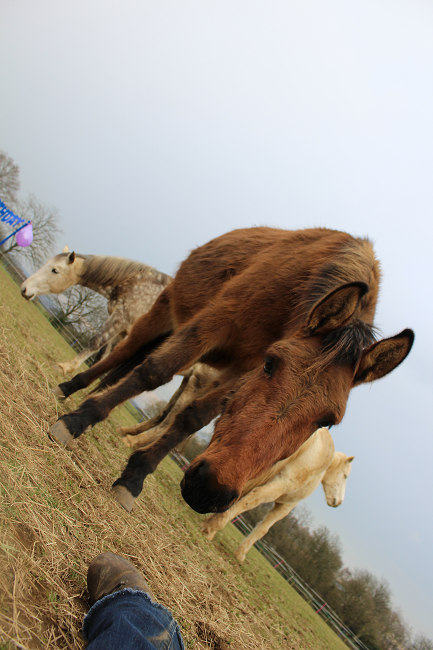 It seemed to mostly involve sniffing my boot, perhaps in the hope that I really had died and ceased to darken his doorway ever again. 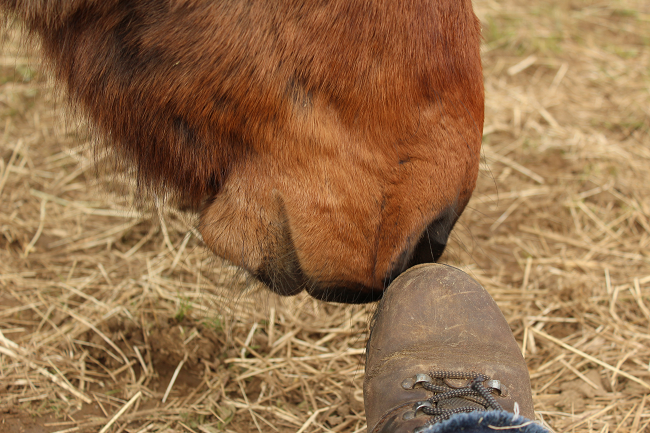 “Go away, Cash! Get your own corpse!” 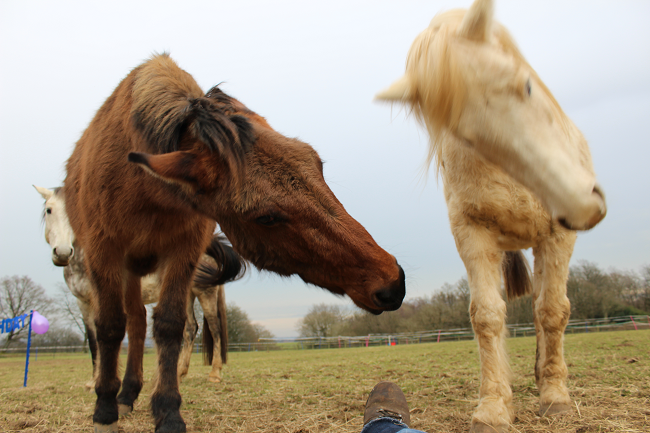 “…Unless you want to be next, buddy.” 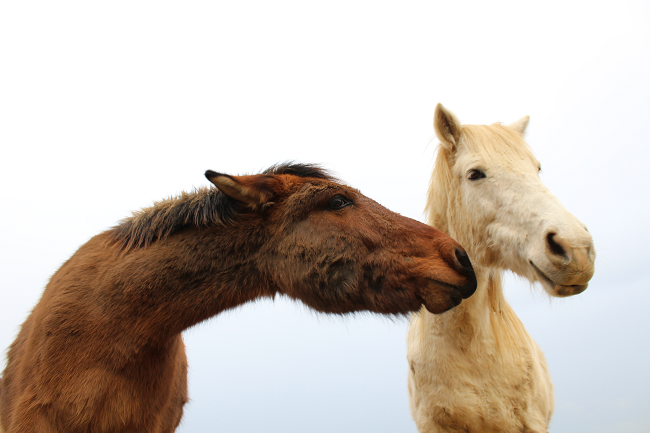 “I didn’t really hope you were dead. Who else would give me butt scratchies?” 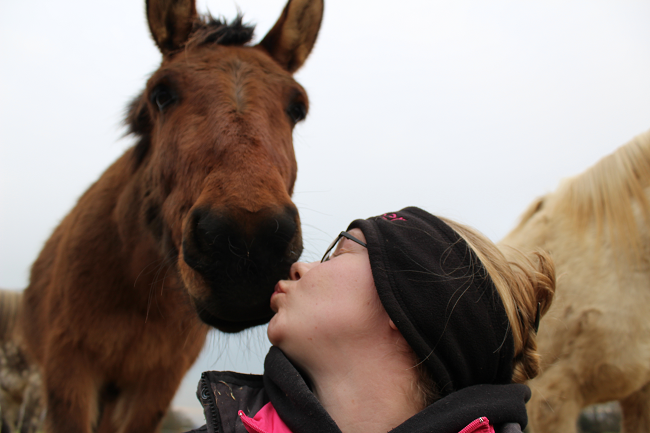 Iris, meanwhile, was absolutely fascinated by the banner. She spent the most time with it out of everyone (Cash did his best to pretend it wasn’t there). 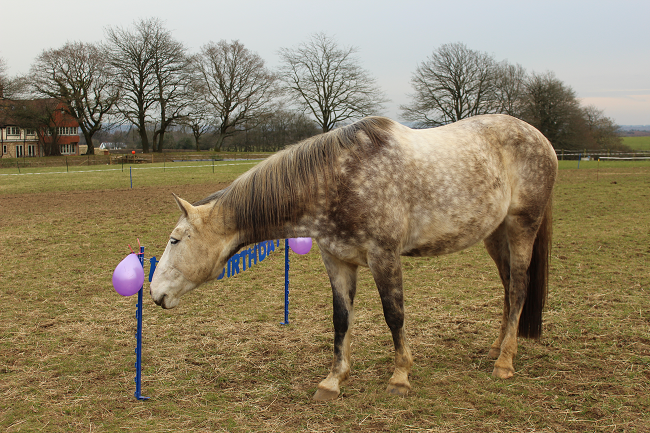 Marty was enjoying his party and did not want me to leave, which was pretty sweet actually. 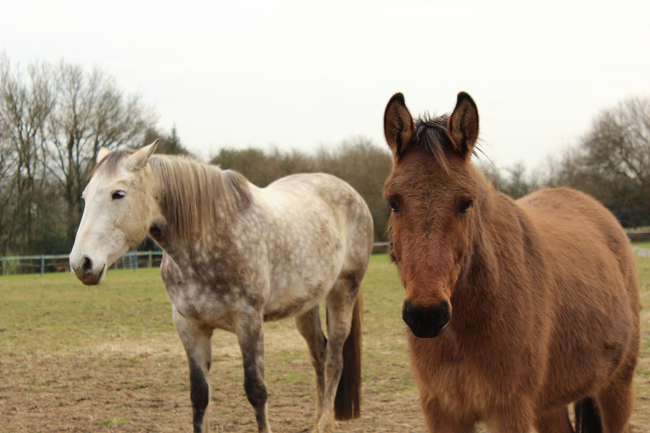 Mr. Robin came to help with the birthday meal. 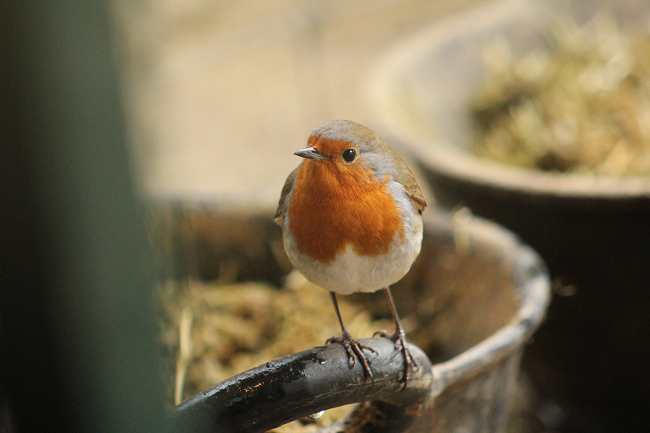 The carrots were a bit of a gamble, given our history with me trying to give mule nice things/mule deciding I obviously hate him. 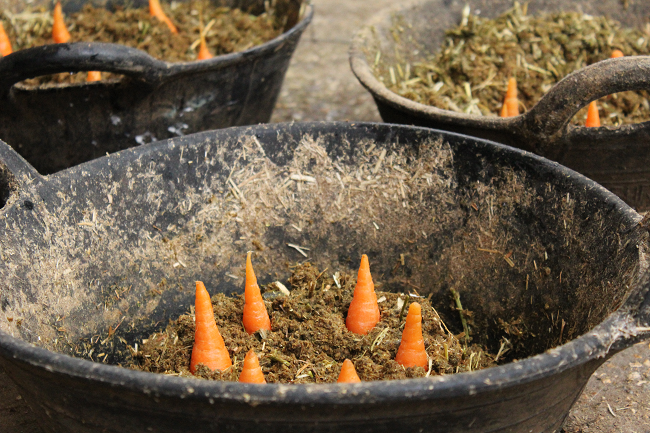 …He did not approve of carrots in his dinner. 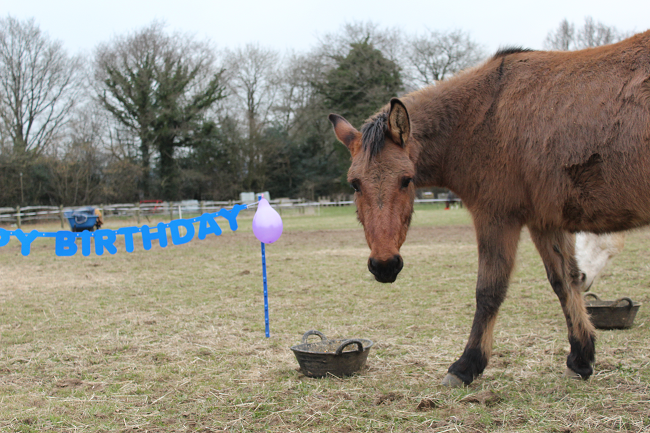 I removed them, then put them back after he’d eaten his feed. He did not approve of them then, either. 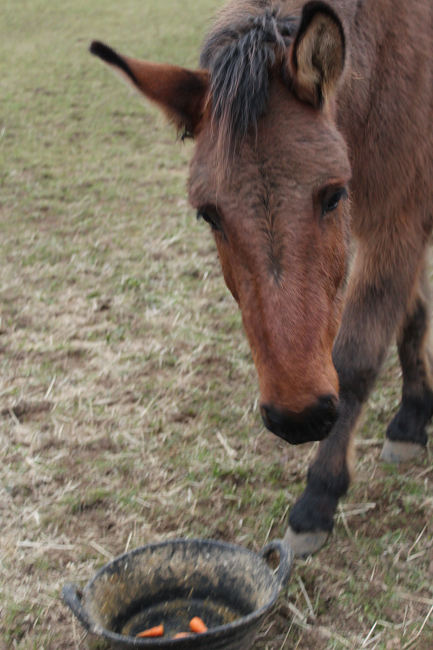 The cows wanted to join the party and started galloping around, so they had to be Watched to make sure they didn’t gatecrash. 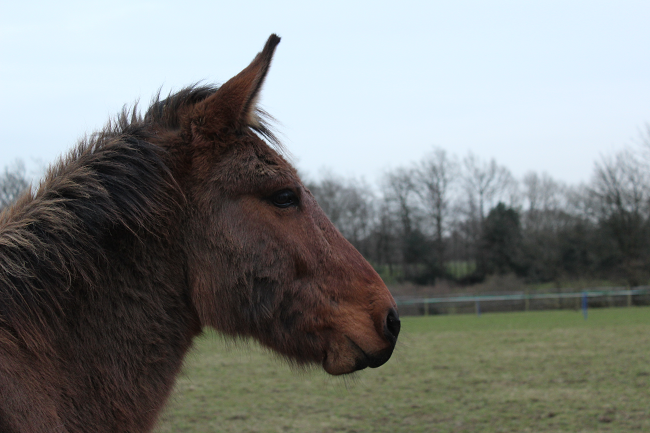 Then Marty told me where all his itchy spots were, and I got out the special scratchy brush to help. 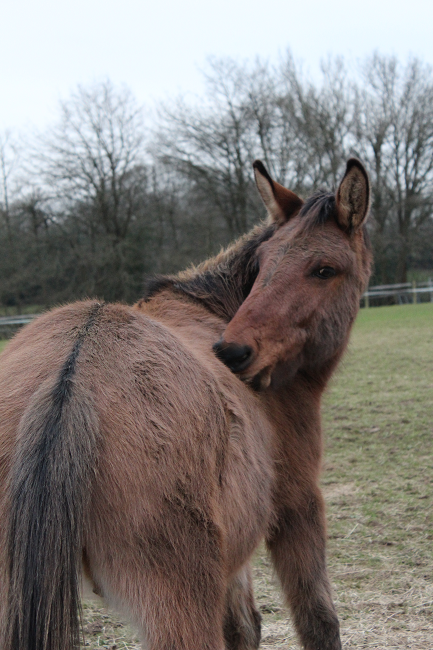 “Wait, come back! This bit is itchy too!” 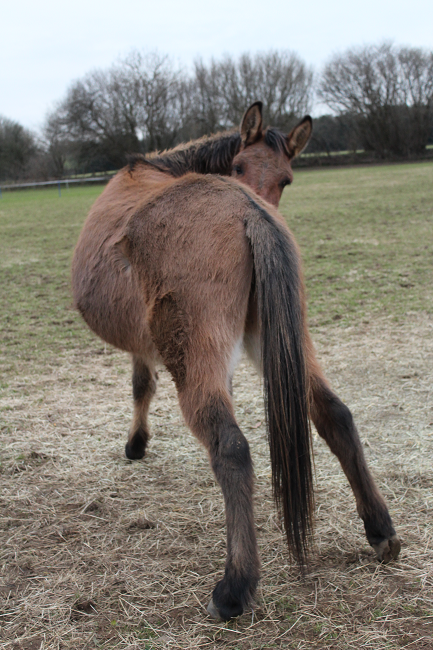 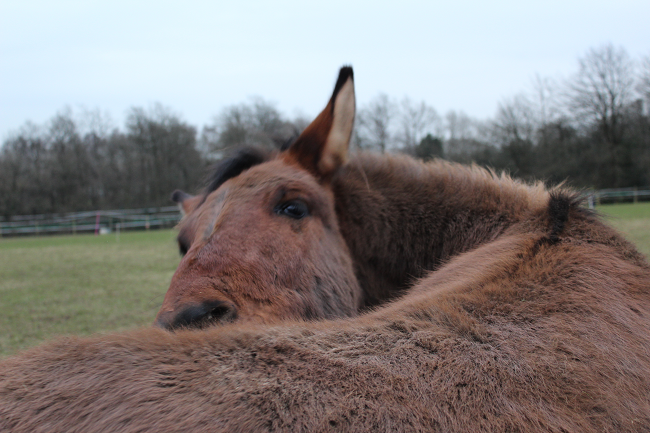 Then it was dessert, bedtime stories about good mules, and a gentle end to the day. 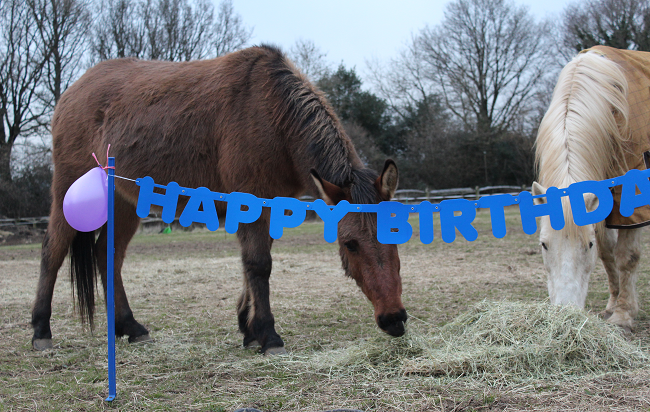