As mentioned in last week’s post, I worried about keeping Marty entertained now that he’s back on our set-up. Part of my attempts to make things more interesting included trying out some of the enrichment ideas I saw at Lockwood. I decided to start small: a couple of old feed sacks with hay and carrots inside, apples in a bucket of water, various treats stuffed in between two twisted leadropes, and various yummy things scattered around the field for them to find.

Iris figured the bags out immediately. The boys watched, circumspectly, then ran away when she picked it up. Too scary! Too scary! 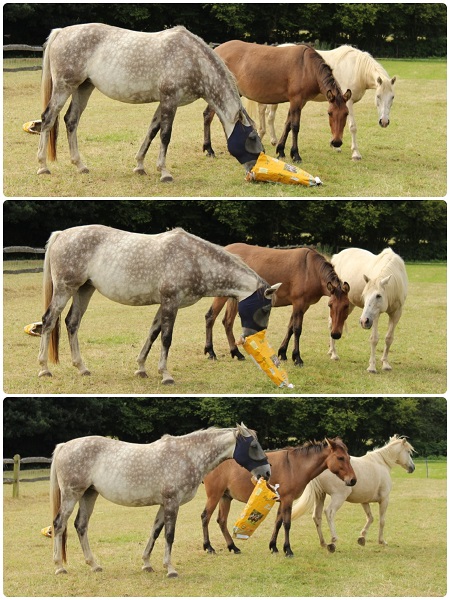 Marty thought that drinking the water might be the best way to get the apples. 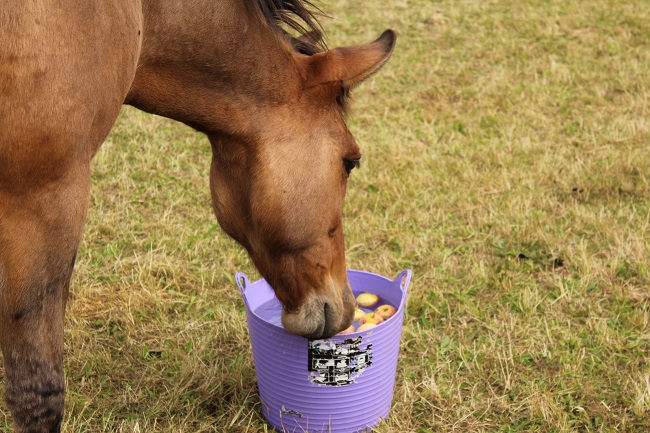 Marty would not engage with any of the enrichment ideas, and he wouldn’t even touch the apples and carrots that I’d scattered around the field. Mindful of Lockwood’s advice to not provide puzzles that would cause frustration, I tried to help him out. I thought the bags would be the easiest to start with, and I split one open so that he could take the hay out without having to touch the bag. This didn’t work, so I pulled some hay and carrots out and put them on the ground beside the bag. Still no go! 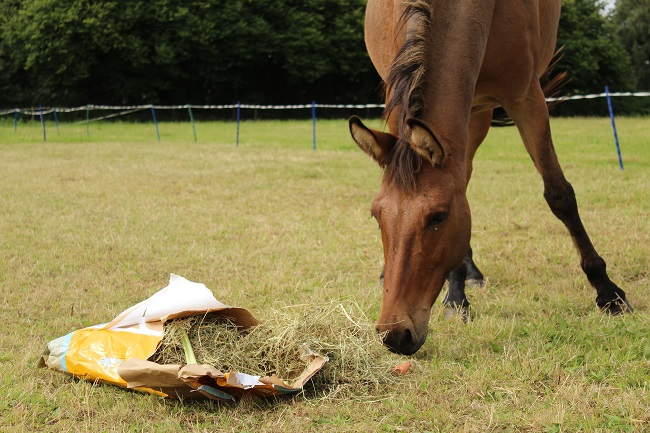 So we had some comfort scratchies instead. 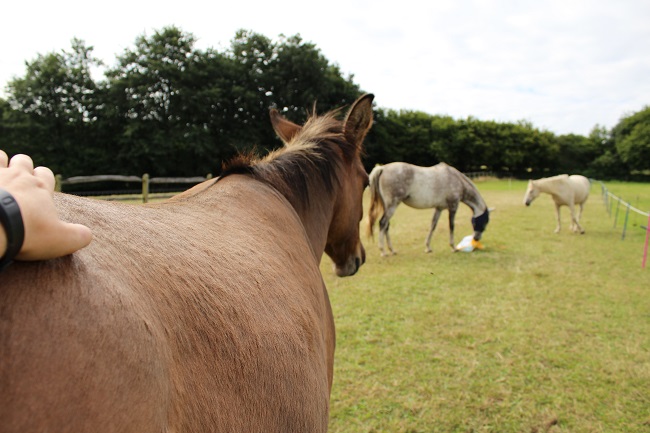 Then he Grazed Nearby while keeping an ear on the situation. Would Cash get eaten? Would that be more entertaining than a bag full of hay? He could only hope. 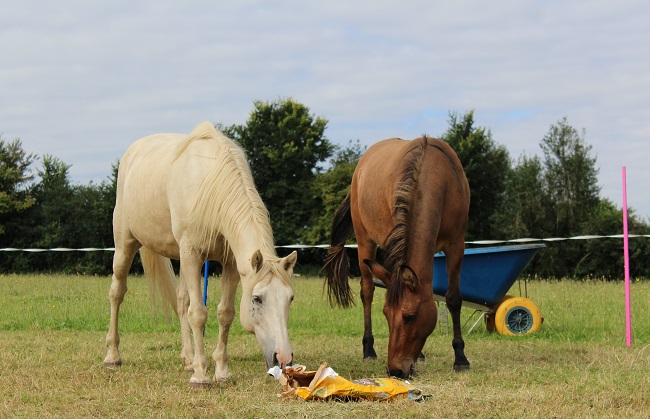 It’s safe to say that Iris has no issue with feed sacks at all. 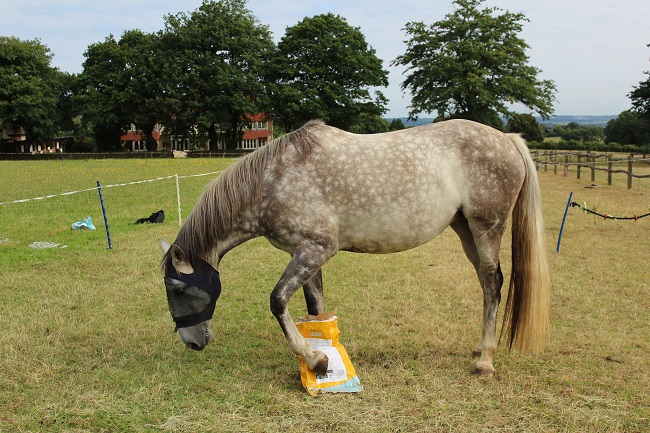 Marty went to contemplate the apples in the bucket again. 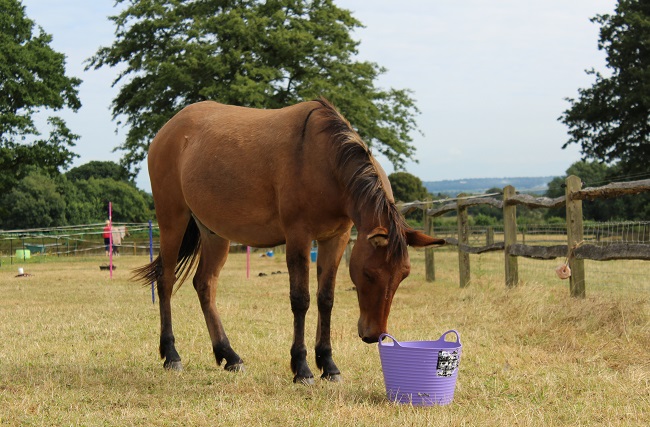 Then more Grazing Nearby while Cash checked out the rope bridge. 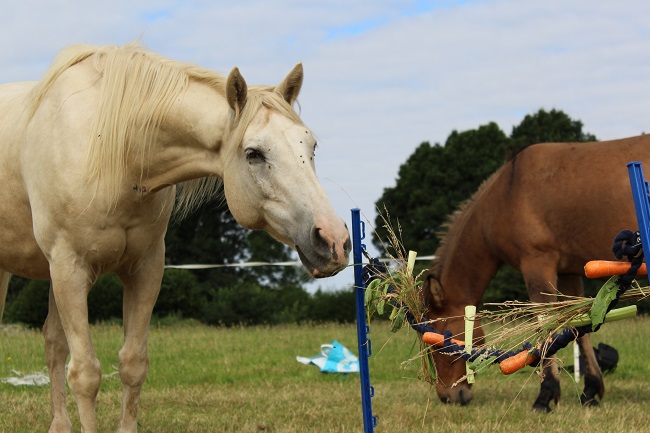 Iris had her own approach to apple bobbing. 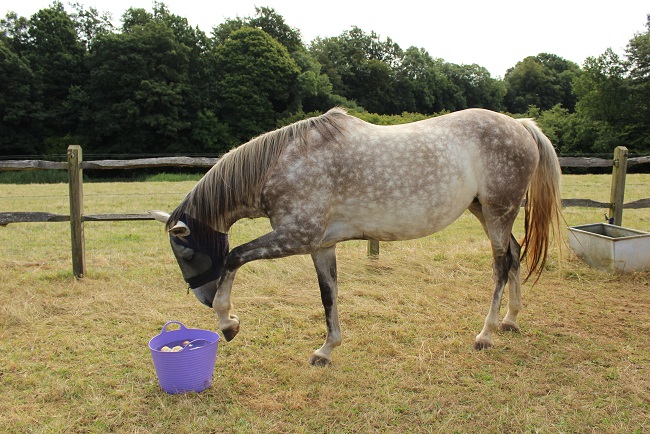 So, with the bags a failure, I took Marty over to the rope bridge and tried to show him that instead. Knowing how funny he is about things resisting when he takes hold of them, I loosened all the treats so that they were barely held in place; if he plucked up the courage to take a bite of something, I wanted it to come free easily. He still wasn’t convinced, so I pulled out one of the grass bundles and balanced it on top. That was fine, but not interesting enough for him to bother with the rest. 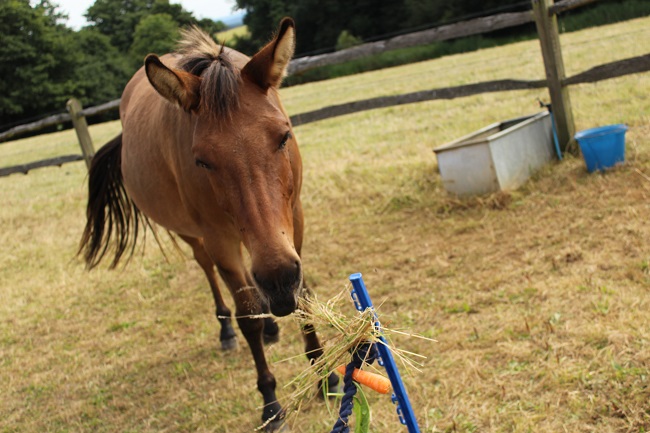 By this time Iris had finished both the hay sacks and had come over to see what we were up to. She was surprisingly cautious, so I tried to coax her into trying one of the carrots.

As it turns out, her caution was really just her discerning tastes. She didn’t want the carrot I was offering, she wanted this other one. She is an independent mare and will make her own choices thank you very much. 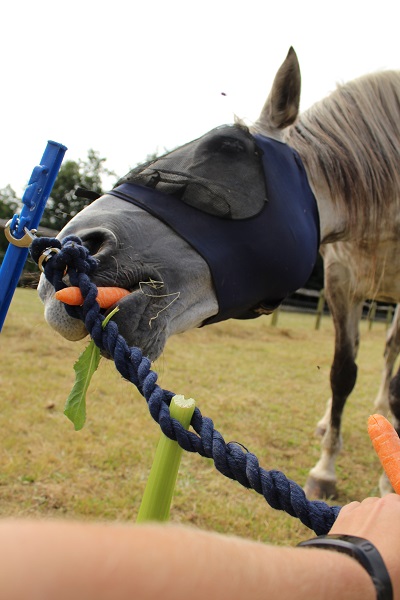 Of course, because I’d loosened all the treats, as soon as she pulled one free everything else fell out. This was great for Cash as it meant he could swoop in and hoover it all up. Iris seemed baffled. 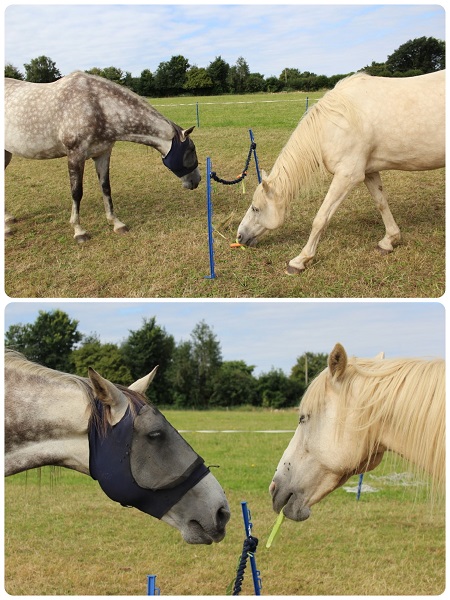 Marty had to have more comfort butt scratchies. 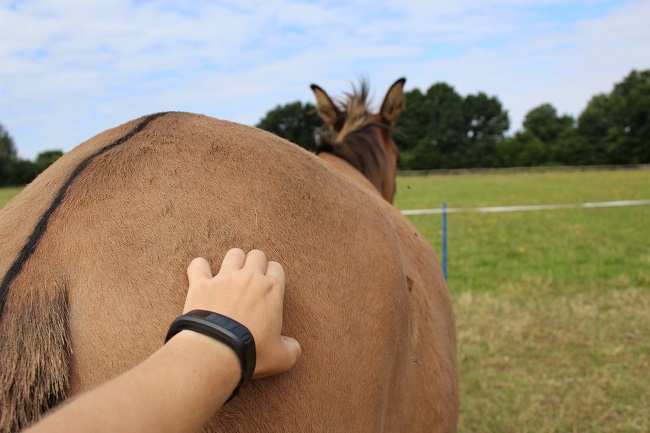 And then it was time for the pièce de résistance! The ultimate in enrichment! The moment everyone had been waiting for! …I moved the fence. 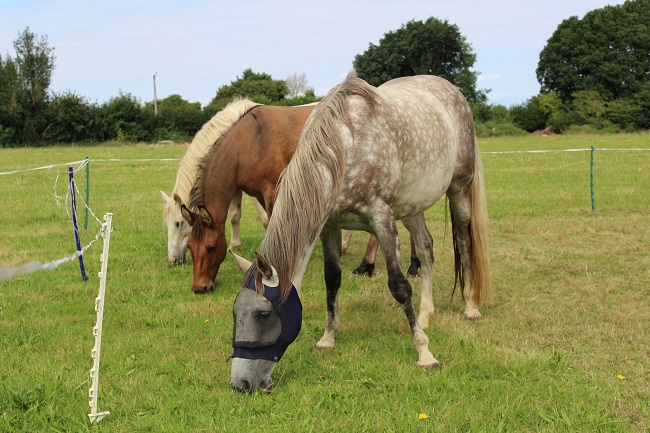 Not to be put off, I returned the next day with something new: herbal tea with chopped apples added, frozen overnight and turned into a refreshingly cool treat on what had turned out to be a very hot day. Marty was wary about this, too. 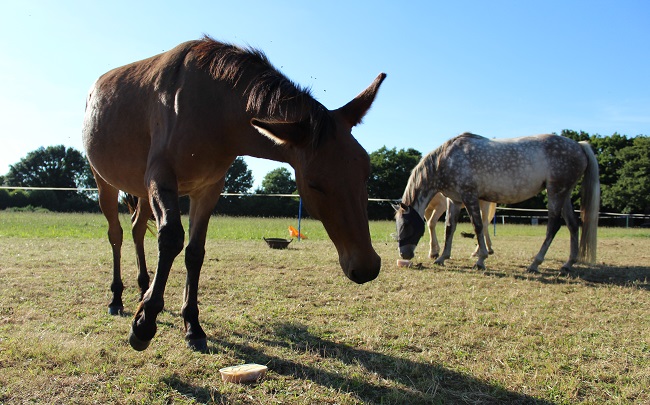 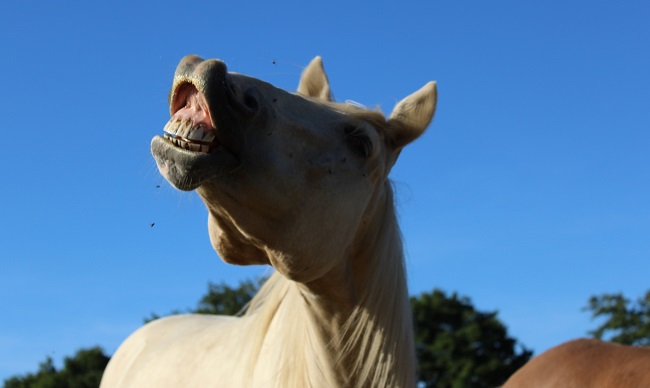 Iris tried her usual response. Then she tried to chomp it, which she regretted. 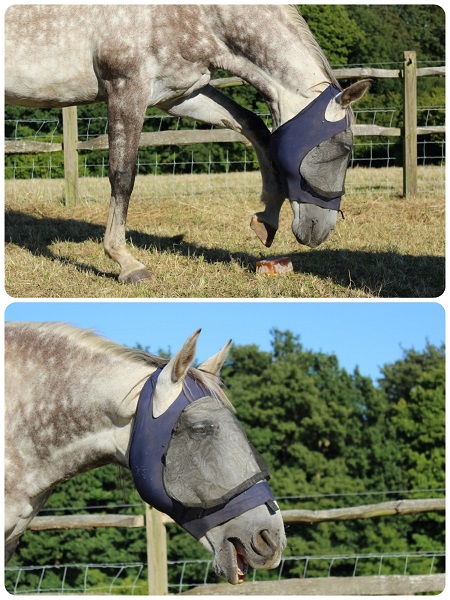 Iris and Cash both figured out the deal pretty quickly in the end, and seemed to enjoy their ice tea lollies. Marty took a lot longer to convince, but eventually, after some prolonged thinking with his foot and his tail, he plucked up the courage to try it. He then decided it was the best thing ever. Finally! An enrichment success! The mule approves of something. 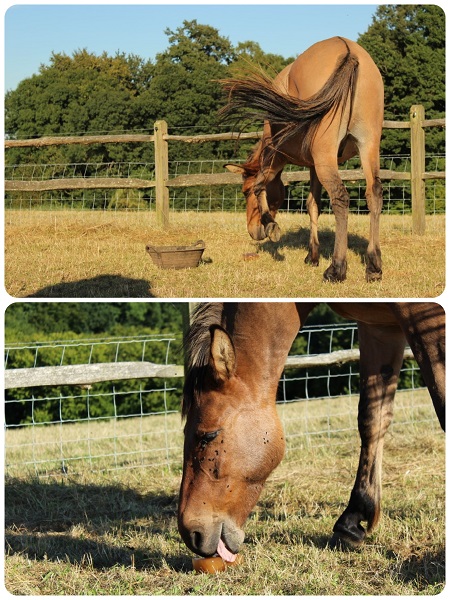