Marty has been feeling quite sassy this past week. If I’m honest, I do not like Sassy Marty. Sassy Marty is kind of a jerk. However, Sassy Marty is who I’ve got, so he and I will just have to learn to coexist.

I think that’s kind of the realisation I’ve come to. For two and a bit years I’ve been doggedly working away, seeking perfection, and always hoping that one day we would find the magic spell to turn Marty into a Good Mule. The thing is, Marty has his own ideas of what constitutes a Good Mule, and those ideas do not necessarily tally with ours. I genuinely mean that in the nicest and most affectionate way, before anyone starts furiously typing…! He is the kind of mule that I think Joshua A. Lee, the author of the wonderful book “With Their Ears Pricked Forward”, would call a jarhead. And that’s okay. I love my little sassy jarhead. 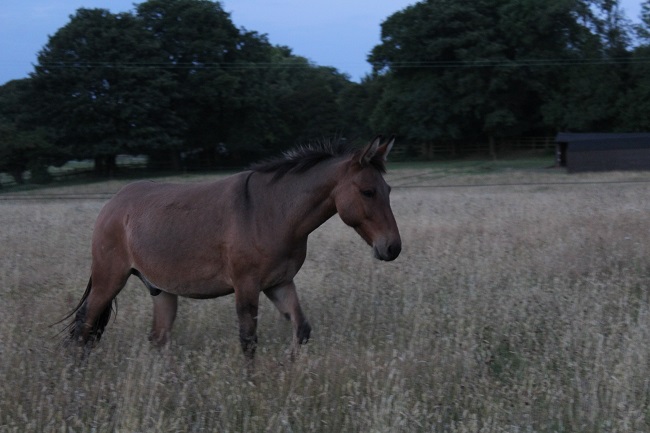 He is still looking for a loan home, although I must confess that I’m not actively searching at the moment. In the meantime, I’m just trying to work round his particular issues. The set-up he’s currently in works very well for both of us.

On Sunday Ben and I had a (much-belated) engagement photoshoot with our herd. It was the first time I’ve actually haltered Marty since he returned; he wore his leather headcollar, as I thought it looked smarter. I managed to trim one of his disgusting dangling ear-bogies, but not the other. He got sprayed with Dream Coat because there was no way I was bathing him. And then we strategically did all our photos in long grass to hide his toes, which were a little bit overdue for a trim!

I’ll be making a photo post about that later, but here are a couple to show you now. Many thanks to Krsphotography for the images! 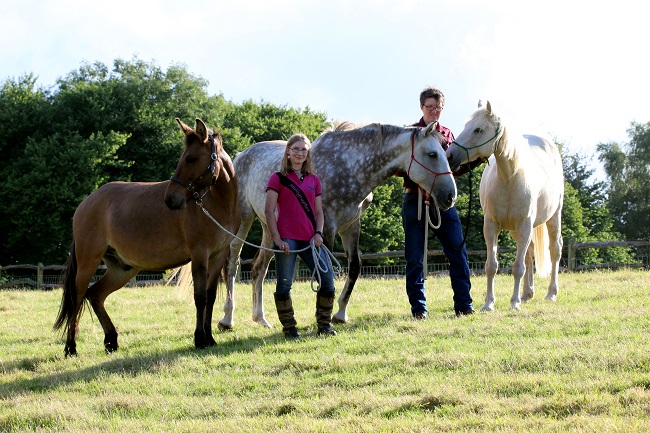 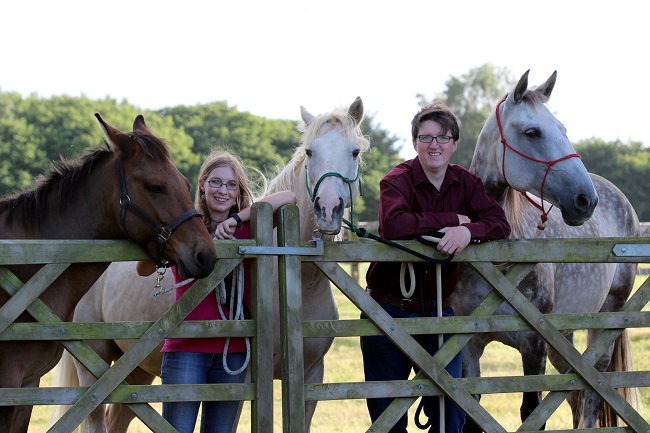 Marty hated that gate. He was really good for most of the shoot, but the posing by the gate part was the worst thing he’d ever had to do (apparently). I particularly like this one because Ben and Iris look really elegant and well turned out, and then you have two disheveled idiots next to them and a grumpy sod at the end. This isn’t the best gate photo … that one is being saved for next week (unless you are personally friends with me, in which case you’ve already seen it!).

On Tuesday he was haltered again ( which he objected to) and had his feet trimmed (which he rather enjoyed). He was meant to have his teeth done, too, but our lovely dentist was ill and had to cancel – we both agreed that throwing up on him might not help train him to accept dental work! 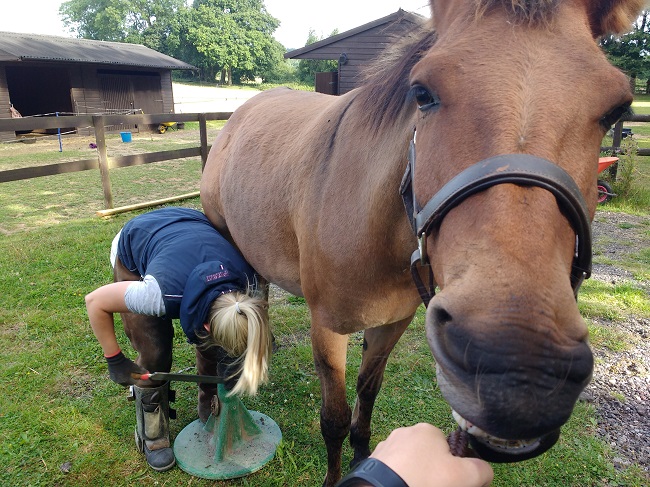 He was very good about bringing his legs forward and onto the hoofjack today. This, however, was his third hoof and he was getting bored. 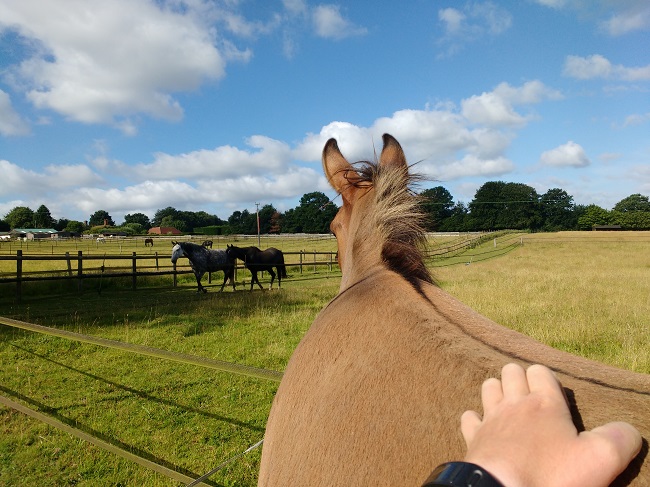 I got surprisingly cold standing in the shade while he had his feet done. Marty generously helped me warm up by letting me scratch his butt in the sunshine afterwards. 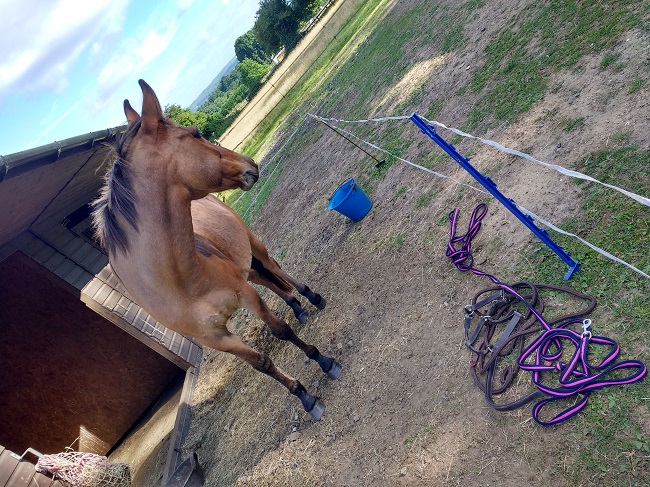 Marty and his catching paraphernalia. I don’t use the neckrope out in the open because I can’t hold him with it; it’s designed for use in a smaller area. If he were to bolt then he would end up running round with a lunge line trailing after him, which I think would do more harm than if he were to simply slip free of a leadrope.

Despite his continued distrust of the halter, it doesn’t affect us too badly because we are no longer in a situation that sets us up to fail. I do not try and catch him out in the open. On the two occasions that I’ve needed to bring him down to his pen, I’ve just put a leadrope round his neck and led him down on that. The first time I did it he shied away, and I let him go – giving him the time to change his mind – before sending energy to turn him, the way Anna showed me. I sort of imagine it as though Marty has a sail, and I need to send a gust of wind that catches it just so in order to arrest his forward movement and step his hindquarters round. If it hadn’t worked it still wouldn’t have been a big deal, as being on a track means that he can only go two directions: towards me, or towards his pen.

I’ve also started trying to teach him to lead by cupping my hand under his jaw, behind his chin. That has mixed results but he’s getting the idea.