Ben and I spent three days in total in Mallorca, arriving midday on Saturday and leaving Monday evening. But we saw and did as much as possible during that time! Our first stop was to the RDA stables where Jeca (‘Hecca’), Xato’s mum, now lives. It was a real treat to be able to meet her and we could definitely see where Xato gets his stunning good looks and temperament from. I also really enjoyed visiting the facilities, as the stables keep all their horses on a track system with covered yards to come in to if necessary. It looked like a good place to be a horse. 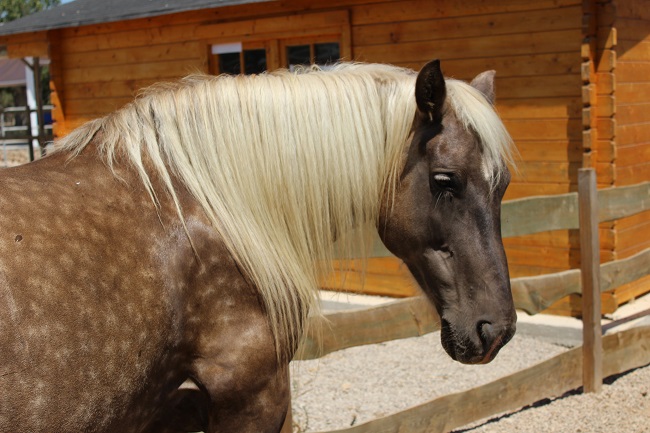 Xanthe offered to take us straight on to see Xato after that, and although I was dying to finally meet him, I decided that it was better to have a longer visit later – when the day was much cooler – rather than a short visit now. Plus it prolonged the excitement for a little longer!

As excited as I was, I was also quite nervous about this first meeting. I knew that Xato’s opinion of me was just as important as my opinion of him.

Eventually, the hour arrived. We climbed out of the car and walked along a little track lined with carob trees (I was to later learn that mules love carob as a treat. Well, Spanish mules do, anyway. No one told Marty. I brought some home for him and he was having none of it!).

We reached the corral and there was Xato, munching away at a great bale of hay with his buddy, Tally the Suffolk Punch. I have to say, Xato’s photos and videos do not do justice to quite how enormous his head is! I’m fairly sure it weighs more than I do. I was fascinated to see that, whereas Marty has a lot of donkey in his body (coat, feet, mane and tail) but quite a delicate little head, Xato had a lot of horse qualities but a very donkey-ish head. His coat felt much smoother than Marty’s, and as you can see from the photos, he boasts an impressive hairstyle. We would visit other mules during our trip – who I will write about separately! – and it really interested me to see how they all differed. 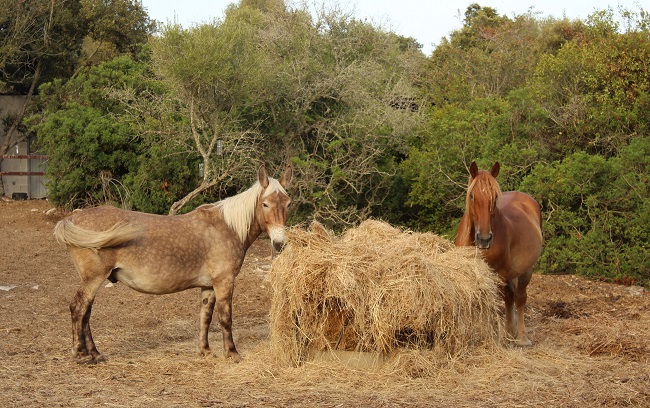 Anyway, the short version is that I needn’t have worried about whether or not Xato would like me. Marty has trained me well and I soon found Xato’s itchy spots, which he enjoyed immensely! That first meeting was pretty much just hanging out with each other (and scratching … so much scratching…), which is how it should be. I did pop his halter on and get a little feel of how he handled, too. It was a real novelty to be able to halter a mule normally! I was equally impressed with the fact that I could touch his ears – it was nice to meet a non-explosive mule. 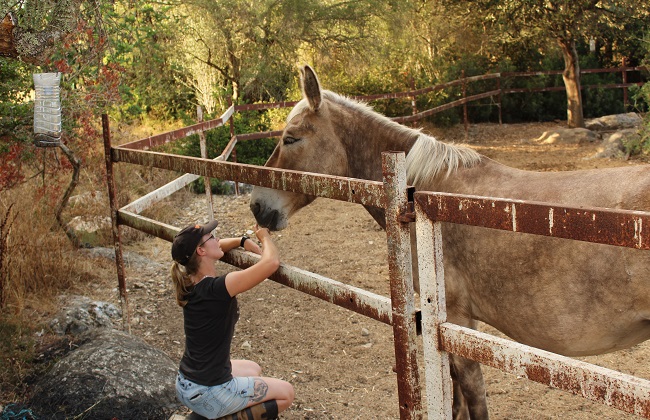 “Hmm, yes, well you don’t appear to be a terrible human … but I will of course require a copy of your CV, plus references from at least three other equines, and I’ll have to check with my Mum first.” 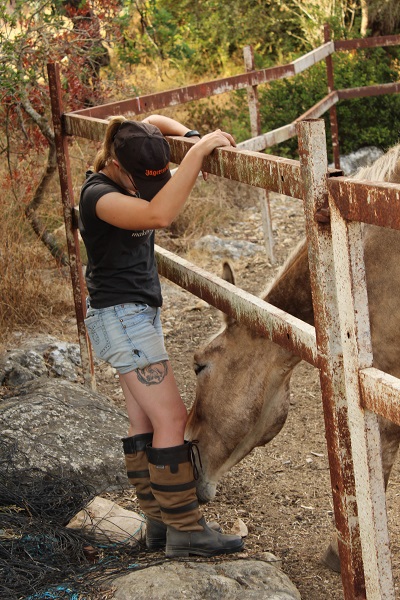 “I’m getting an aroma of earthy English fields; heady scents of a somewhat immature mule; characteristics of grey mare and … some kind of nondescript pony.” 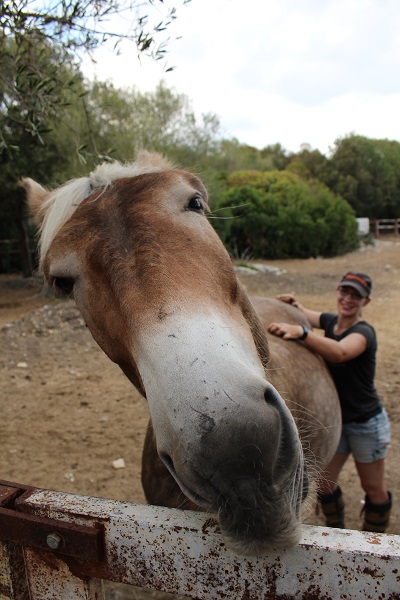 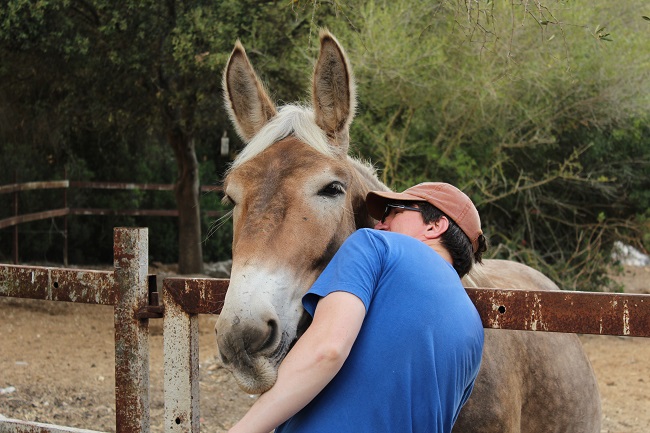 The next day, after a visit to meet other mules and some gorgeous Lusitano and PRE stallions, we went back to see Xato and Tally. I had found Xato to be a lot more ‘forward’ than Marty – he was by no means pushy or rude, but he has more confidence than Marty does and therefore had more incentive to see where the boundaries were with me as a new handler. Marty, bless him, is usually too busy trying to stay alive (as he sees it) to bother with that kind of stuff.

I have never been a very loud person – energetically or orally! – and with Marty I had to spend a lot of time finding that balance between being quiet enough for him to tolerate, and loud enough so that he didn’t flinch over every single thing. With Xato I am going to have to put a whole lot of work into my Loud, which will be very good for me! Xato is going to teach me a whole new set of skills and I am very excited to start learning. 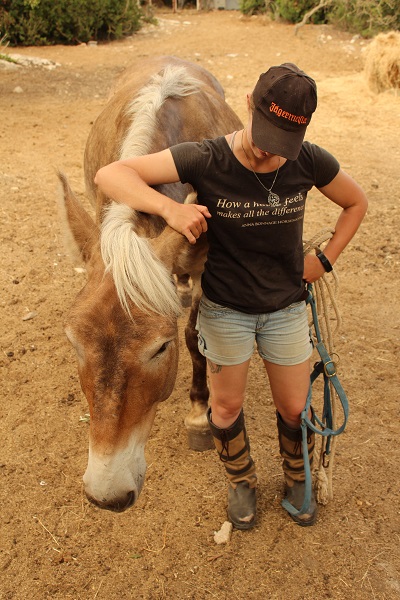 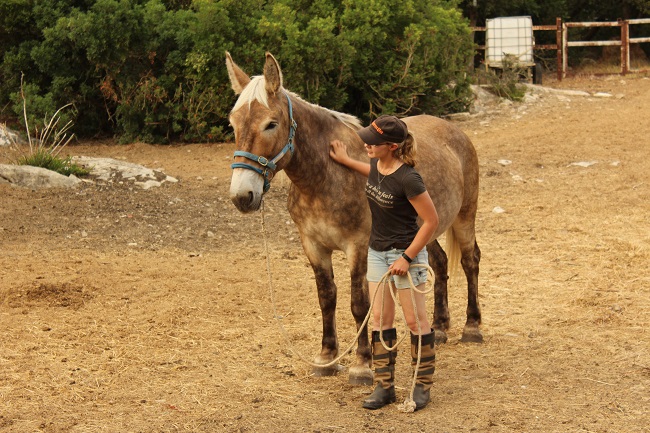 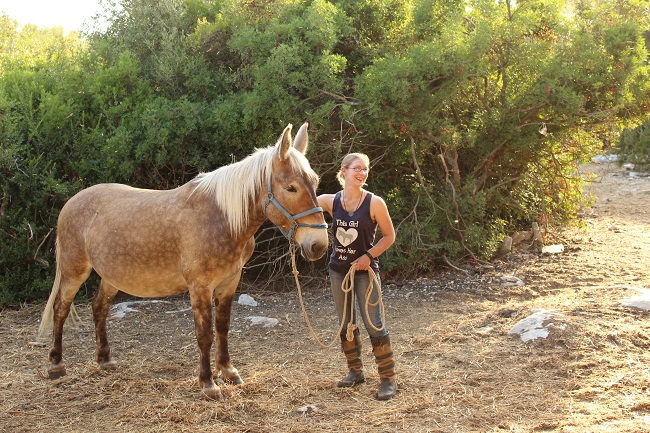 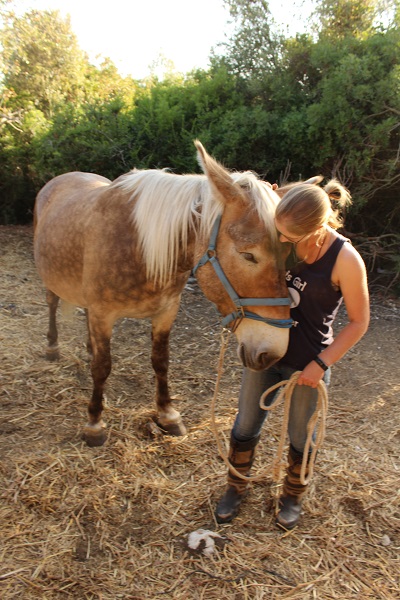