The mule had Tuesday off, as usual. We’d run out of hay so I went up first thing to put his halter on, which meant that I could move the fence for them instead. He’s still not allowed grass unless he’s been caught at some point that day! He was very good about it – walked straight up to me and presented his left side – and for the first time did not flinch or pull back when I took the halter off.

Wednesday should have been a working day for him, but we had gales and heavy rain so I cried fairweather and moved our session to today instead. When I arrived he and Iris were laying down with Cash on guard, which was very sweet. They got up and then, led by Iris, all three of them walked a big arc around me and headed back up the field to the place where I usually move the fence. The mule was very careful to keep the horses between me and him, and I knew then that I was going to have trouble. Again. 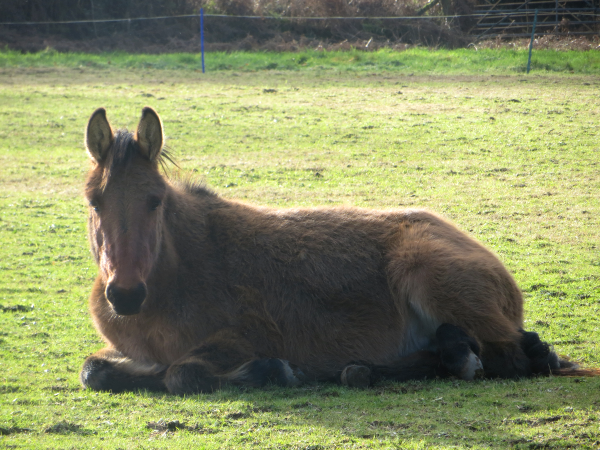 After trying to avoid me for a few minutes, he stood and let me put the rope round his neck – but then Iris moved away, and the mule gave me his wild-eyed look and ran out backwards. He wasn’t interested in me after that so I just shrugged and went and did some poo-picking instead. I did consider moving the fence and letting the horses graze, just to remind the mule what the rules were, but decided against it: he knows what the rules are. We’ve been through this. If he’s had his halter on, then he gets grass. He’s smart enough to understand the correlation.

He followed me around for a while, and actually came up to present his left side and ‘ask’ to be haltered three times. I ignored him twice, and on the third approach I stopped to rub his neck. But when I picked up the halter again, he wanted nothing to do with me. It was cold and I wasn’t particularly interested in spending my entire lunch break traipsing round a field after a contrary mule, so I turned my back on him and went to empty the barrow. At this point he actually game up to the gate, so I made my final attempt and, what do you know, he stood perfectly to have his halter on. It felt a lot like dealing with a small child who doesn’t really believe that you’re going to carry out your threat, and then suddenly realises that you mean what you say!

So I caught my mule and we went for a walk, but it didn’t really feel like a victory. He was really dragging behind to begin with; I had to work hard to remind him to keep up. He planted himself a couple of times, and when we met a horse coming in the opposite direction he actually tried to turn round and follow them – which isn’t something he usually does. To me, that would suggest he’s herdbound; and as he’s not normally a herdbound sort of animal, I would go further and suggest that means he’s perhaps lost confidence in me as a leader. I am no longer enough to keep him safe, and he has decided he needs horses for that instead. He’s not just being lazy or herdbound for the sake of it – if a mule doesn’t want to work, then there is always a very good reason behind it. 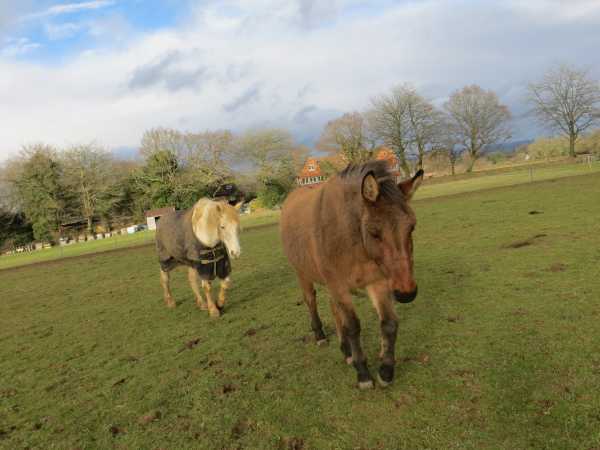 He didn’t perk up and pick up the pace until we were about a quarter of the way into our walk. I feel like he’s missing a spark: he’s not the enthusiastic, affectionate mule I had during the summer, and I’ve been half-aware of this for some weeks now. I don’t know what’s changed for him, though, so at the moment I have no way of finding him again. This makes me pretty sad. Of course, it could just be that he doesn’t like winter and maybe has the mule version of S.A.D or that he was abducted by aliens and misses the mothership … but I can’t help but worry that I’ve in some way mishandled, misjudged or miscalculated something. Mules! I should’ve got a nice, push-button pony.

Featuring my new ‘Muleteer’ headband, by Mondsworth Style Embroidery. I love it. My ears are so cozy now! 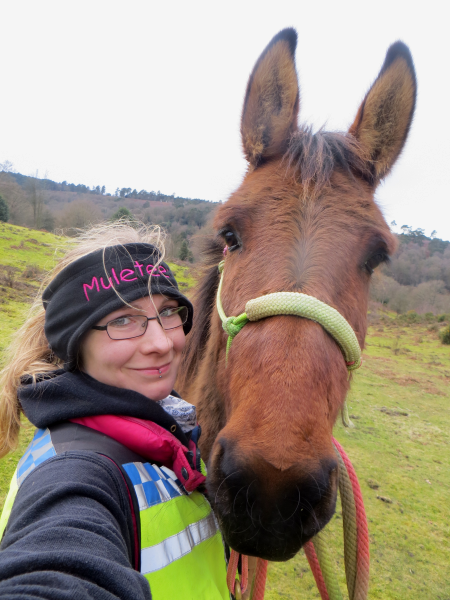 This was a part that was interesting to him. I would have liked to have taken him on a longer walk, but for some reason I didn’t have as much time as I’d hoped … yehh, I’m looking at you, mule. 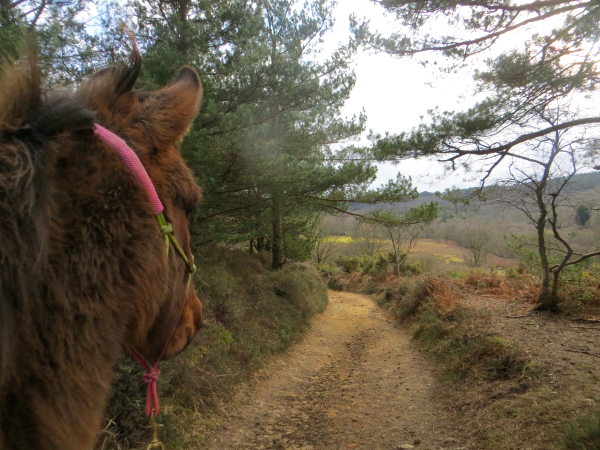 The sun came out at just the right moment. He is such a lovely colour. We had two admirers today: one lady who said he was beautiful, and another who said he was cute. Yes and yes! 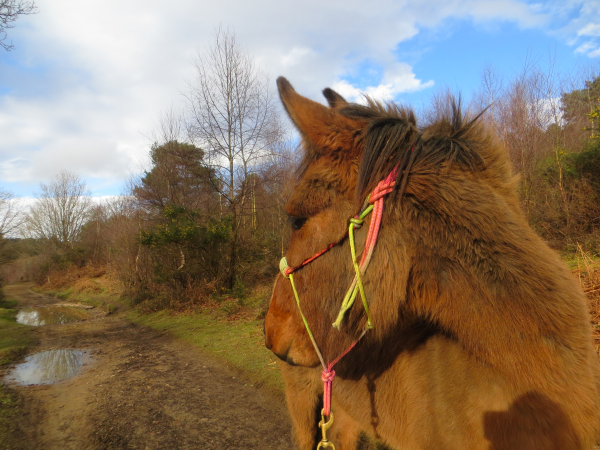 This is how he shows me which places he would like to be scratched. 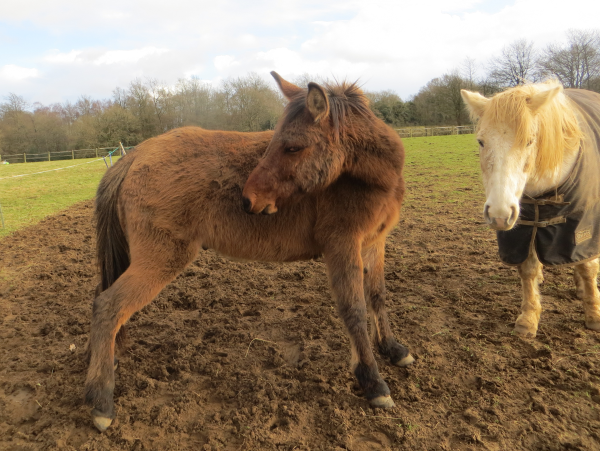