I CAUGHT THE MULE! Ha! Sorry, I’m trying not to be too over-excited. Catching him is certainly not something I will take for granted again, and I am by no means assuming that we’re back on track yet.

I was away for a few days, and Ben was under strict instructions not to give the mule extra grass (don’t worry – he got hay and hard feed, he wasn’t being starved!) or to give him butt scratchies. Mule loves butt scratchies. They are a powerful bargaining tool. Kind of an embarrassing one, mind you; it’s actually his hamstrings that he loves being scratched, but … well, it looks quite odd.

After a somewhat inauspicious start (I dropped by after work, and the mule wouldn’t even let me touch him while I put the hay out), Ben made me drag my somewhat pathetic self back to the yard that afternoon and we tried again. My mum had suggested that maybe it was his specific halter that he didn’t like, which was as good an explanation as any, so I used Iris’. He was quite resistant to begin with, pulling grump faces and trying to blank me out. A couple of times he went to walk away, but every time he did, Ben would block his path and the mule would come back to me. I tried to be as slow and gentle as possible, breaking the haltering process down into little steps, rubbing my hands over his neck the whole time, and then … it was on. I had to tie it up pretty far down his neck and then gently move the crownpiece towards his poll inch by inch, but it was on! Ben suggested that I give him lots of scratchies and a treat, then take it off again. We repeated this another couple of times, and by the end of it he was no longer so anxious about it going on, and he’d stopped snorting when I took it off. After that he got lots of scratchies – yes, including butt scratchies! – and some grass. It was a good end to the day for both of us.

I wasn’t sure if I’d be able to replicate that success today (I was also using his halter again, as it’s got a longer crownpiece which makes it much easier if I need to tie the initial knot further down his neck), but he came right over to me and I just put the halter on. Simples! I took him out for a walk in the Punchbowl, following a familiar route initially but then taking a previously unexplored track home. It’s quite important to keep giving him new experiences as he gets bored so easily (as do I, to be honest. This either makes us a great match or a really really bad one).

Things he took in his stride: someone turning a pressure washer on immediately behind him, a huge tractor with hay prongs on, a herd of mares and foals galloping up to him (he didn’t even look at them), two riders who came out of a track ahead of us and went in a different direction (he was interested, but made no attempt to stop or try to follow them), and a man weeding his garden. Although mule did have to stop and stare at that one. 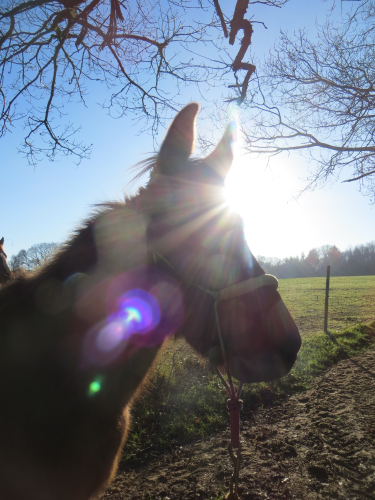 Where did he get that sneaky snack from?! 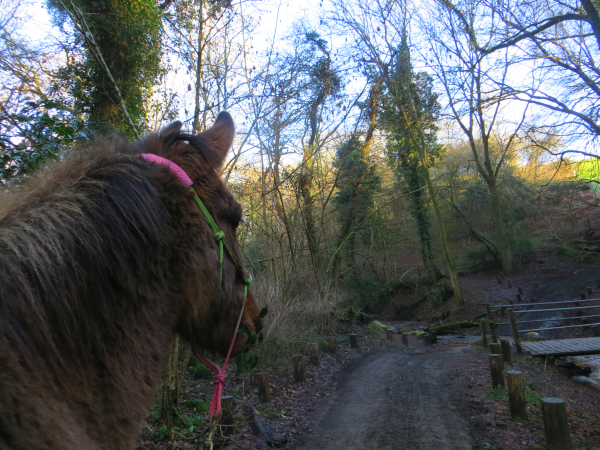 When I first introduced him to this stream, he would only cross by jumping it. Then he realised he could walk through it (but he had to do so quickly). Today, for the first time, he agreed to stop in the middle and even had a little drink before suddenly realising where he was and launching himself out the other side. 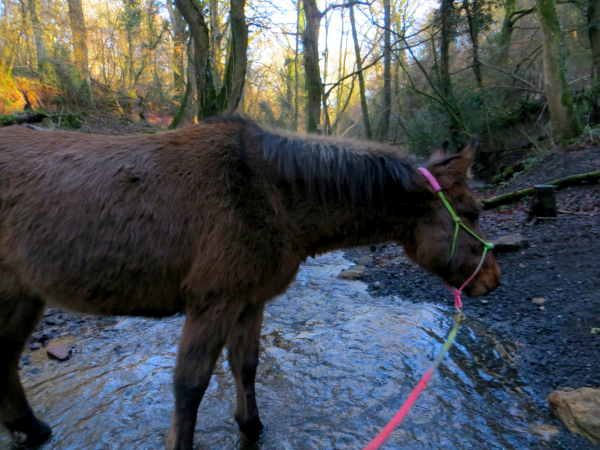 We found a break in the trees and some sunlight for posing in! 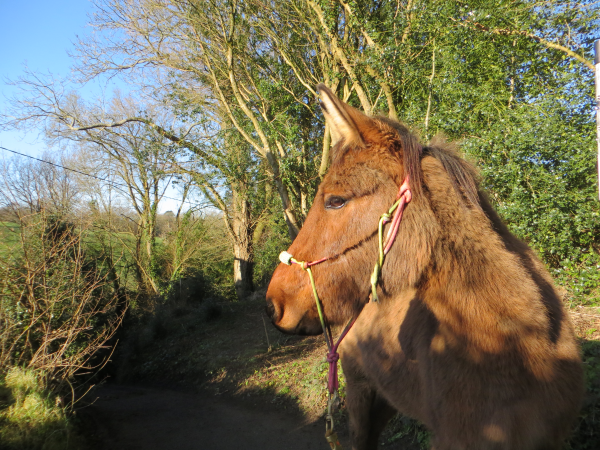 Mule isn’t that keen on walking ahead of me, but I can sometimes persuade him to for photography reasons. 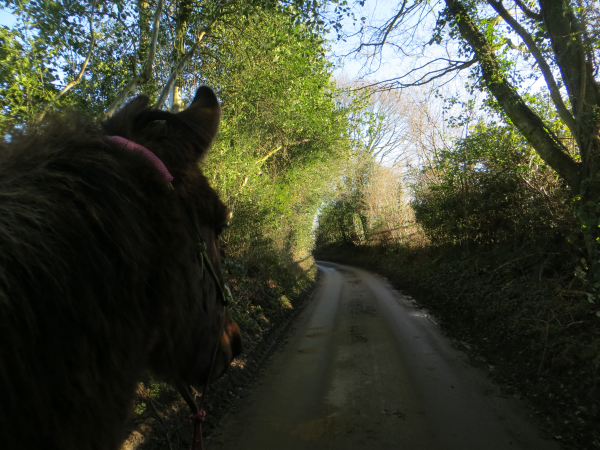 “Are you done? Can you hurry up? What are you even doing?” 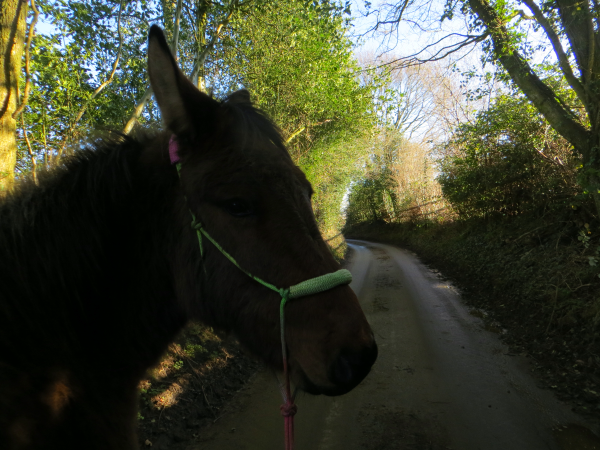 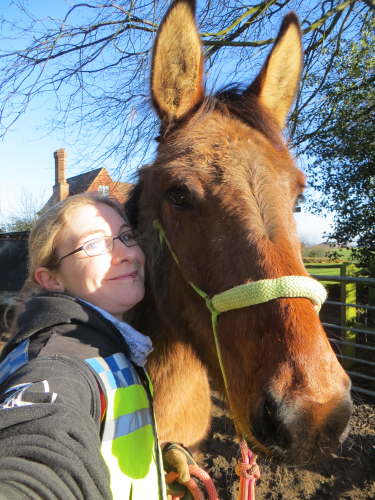 And the boys following me up the field for some long awaited grass. 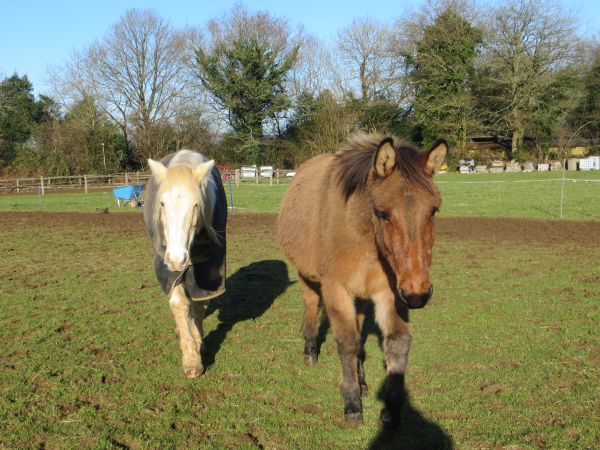