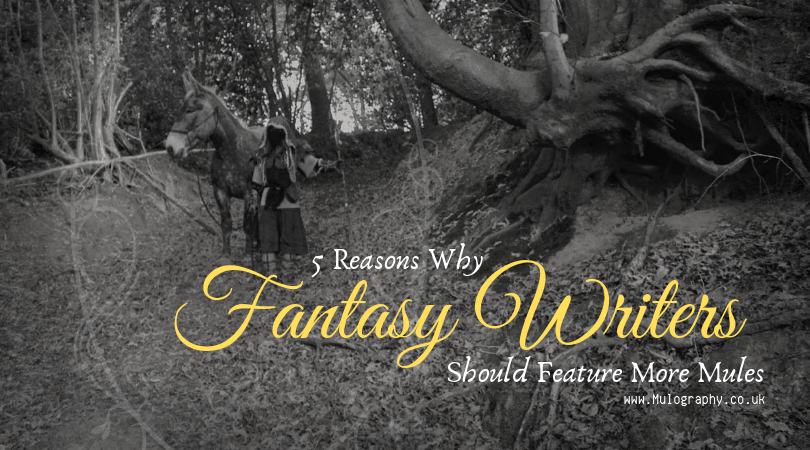 I don’t seem to have the time to read much these days, but when I do, I really enjoy the fantasy genre. As a child I voraciously ate up exciting stories about good vs. evil, with wizards and warriors and magical creatures.

In worlds where modern transportation doesn’t exist, everyone gets around on horseback. I have two problems with this:

Many authors seem to view horses as furry machines. The hero has no problem galloping his horse relentlessly for hours at a time, without ill effect; the horse is never sick or injured (I mean, I know this is a fantasy story, but that’s just pushing suspension of disbelief too far); all horses are unquestionably obedient, and … well … completely void of character.

This is where the mule comes in. Contrary to popular belief, they are riding animals – and they’re very good riding animals, too, if bred from quality mares.

So why should your protagonist be riding a mule?

Does your character have a long journey to undertake? Although it sounds very impressive to have them set out along the road at a gallop, realistically that pace cannot be maintained for very long. A fit and healthy mule has a lot of stamina and, although they might not be as fast as a horse, over a long distance they are a very sensible choice (a mule won a 3,500 mile cross country horse race in 1976, the Ancient Assyrians exclusively used mules to keep their long-distance communications network running, and The Jackass Mail Service predated The Pony Express by eight years). Mules are also much more sure-footed than horses and able to tackle more difficult terrain, meaning that your character can take a short-cut across the mountains if that suits their purpose. They also get by better on poorer rations, supplementing their intake with plants too woody or fibrous for horses, and are much better adapted to cope with heat.

When mules and donkeys do crop up in stories, they inevitably fall foul of the erroneous belief that they are stubborn, disobedient, and stupid. Nothing could be further from truth. Mules and donkeys are more fight than flight, which means they aren’t as submissive as horses and are more likely to question the intelligence of their handler or attack a threat rather than run away from it. If your character proves themselves to be a good leader and worthy companion, then their mule will be unfailingly loyal and protective of them. There are many stories of mules defending their owners against danger; among my own Mule Tales section, Zorro rescuing his unconscious rider and Buckshot placing himself between his owner and a mountain lion are just two examples. Fantasy stories love the idea of horses coming to their rider’s rescue – what they really want is a mule!

3. They have a sense of humour

I know that anthropomorphising equines – certainly when it comes to training them – is a bad move. However, mules think differently to horses and are able to make connections and form ideas that their short-eared cousins might not. Any mule owner will tell you that their mule definitely has a sense of humour, and will no doubt have a slew of anecdotes to prove it. This makes an excellent, three-dimensional companion for your character to travel with. Equines have a personality – your characters are going to develop affection (or animosity!) towards these animals who play a large role in their lives. I’m not suggesting that you make the mule your comic relief, but there is definitely a lot of fun to be had there.

4. The mule provides a whole host of get-out clauses

Think about it; is your protagonist under a geas that says they can’t ride a horse (maybe they’re Prince Ivan with that weird thing about liquefying every horse they touch)? Give ’em a mule. Maybe they’re just not allowed to have a horse (parental decree, royal decree, something to do with their status)? What if horses are sacred, and it’s forbidden to use them as any form of transport – but the people in your world have to get around somehow? I mean, these are all rather silly ideas and it’s a fair question to ask why you’d implement these rules in the first place, but I think it’s a fun thread to put into your plot. How the heck did your character get lumbered with a geas that says they can’t ride a horse, anyway? What kind of weird prohibition is that, and who would make it? How has it affected their life?

If you want magical beasts, the mule is a pretty good place to start. Some people consider the hybrid between a donkey and a horse to be an unnatural occurrence – it seems to be the basis for many superstitions about mules. You could view this as a sort of tear in the veil between worlds, for good or for bad; perhaps your character’s mule is able to walk between different planes of existence? Maybe they’re more resistant to magical effects than horses are? In the real world, mules metabolise drugs – such as painkillers and sedatives – differently to horses, so it’s not a huge jump to suggest that they might have a unique response to some potions or spells. 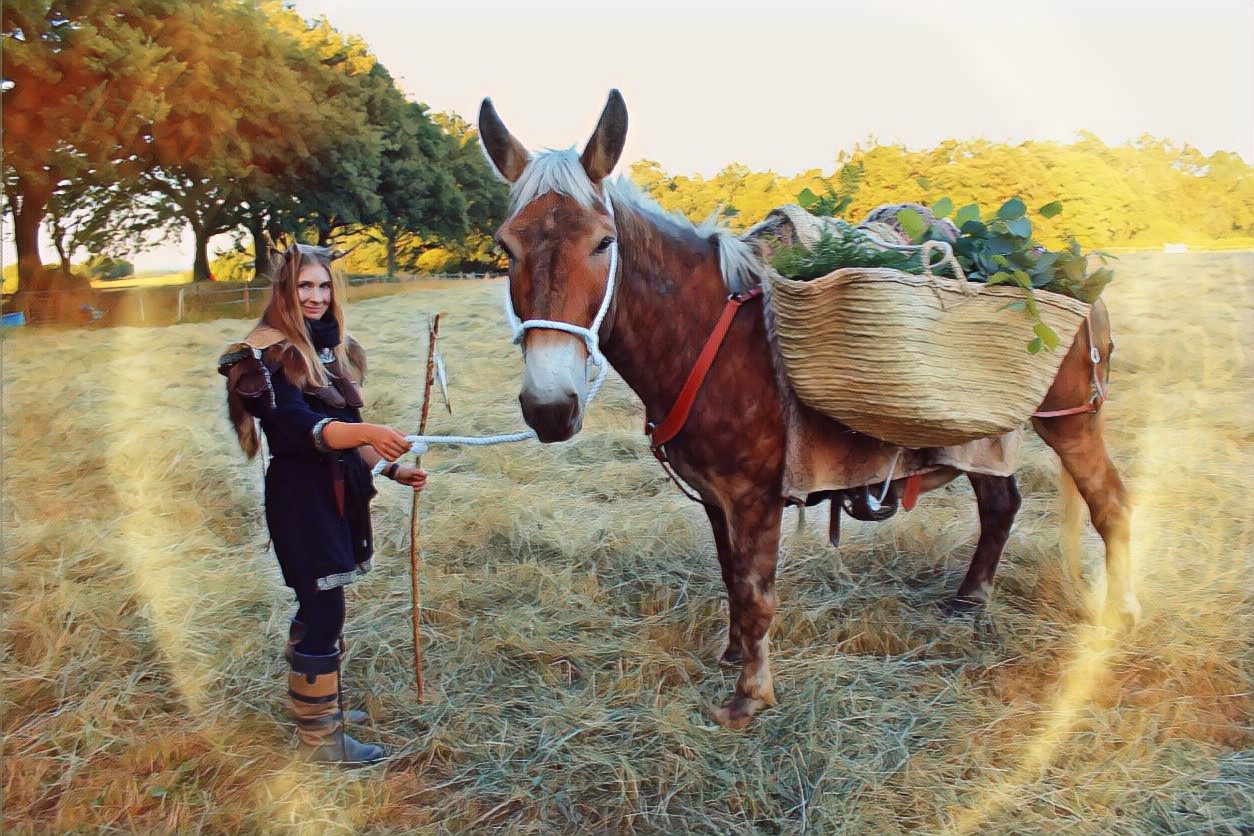 Of course, the main reason to feature more mules is because they’re awesome, but you don’t need me to tell you that. If you’re looking for inspiration, you might like the following articles: